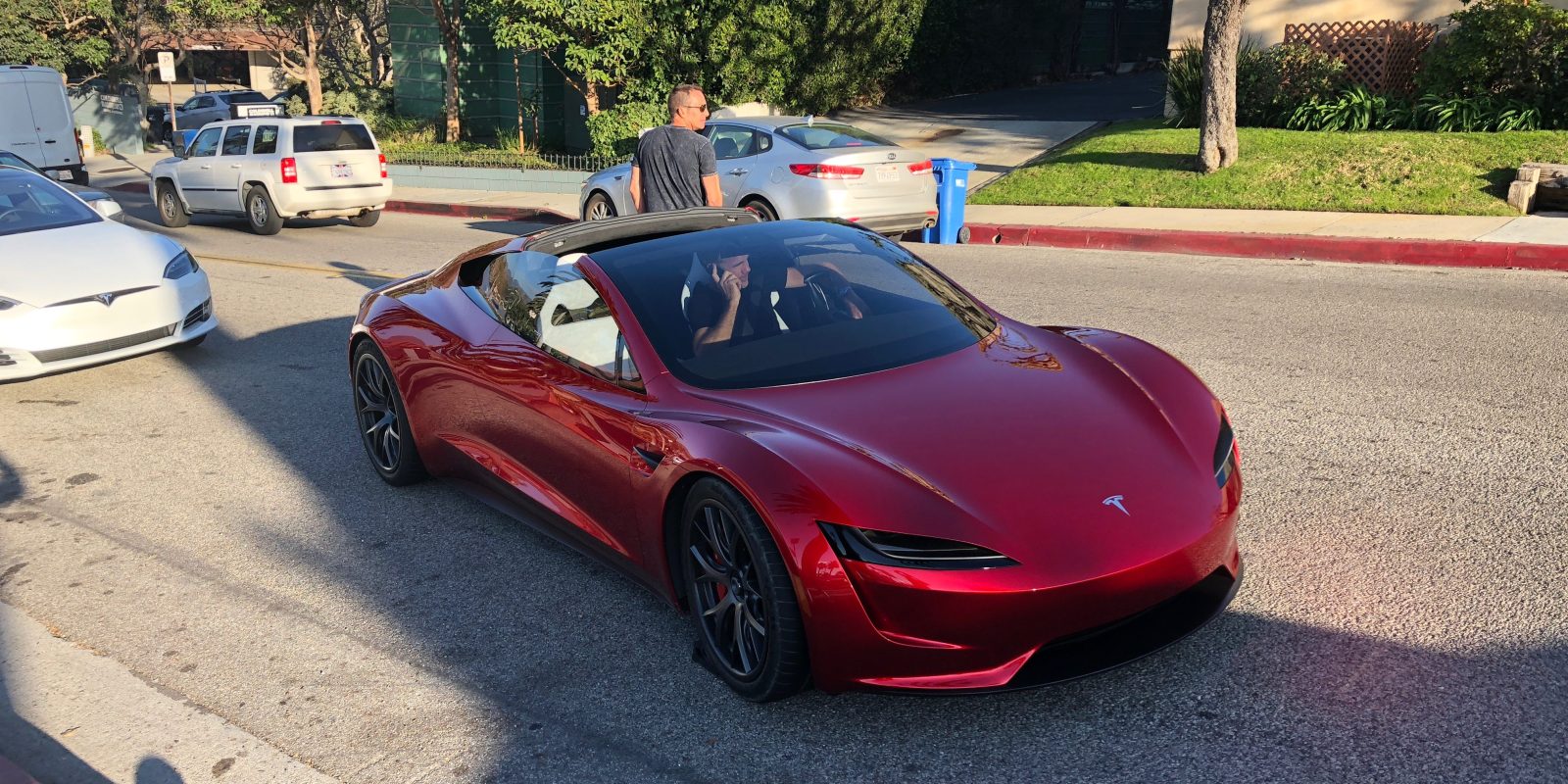 Almost two months after the next-generation Tesla Roadster was unveiled and stole the show at the Tesla Semi unveiling event, we now get to see the first sighting of the new electric vehicle prototype in the wild.

It’s was hard not to be amazed when they pulled the all-electric sports car out of the trailer of one of the two Tesla Semi prototypes at the event.

The design was simply stunning, but then Elon Musk went on the list an even more impressive series of specs like 0-60 mph in 1.9 sec, 620-mile of range, and more.

And to top it all, Musk added that it is just what they are achieving right now with this prototype. He expects the specs could improve by the time they make it to production in 2020.

Now Tesla is apparently driving the prototype around since it was spotted by Chris Finck and his friend Justin in Malibu yesterday.

Chris shared a few pictures with us:

It was driven by none other than Franz von Holzhausen, Tesla’s Chief Designer.

They evidently took the prototype on a drive for a photoshoot since Franz shared this picture on Twitter last night:

Apparently, they managed to take this picture before the vehicle broke down because when Chris and Justin got there, the vehicle was stuck in the middle of the road.

Update: Tesla says that the car didn’t “break down” and it was able to drive off on its own, but it’s still unclear why it stopped in the middle of the road.

They were trying to move the car to the side of the road with those small lifting devices: 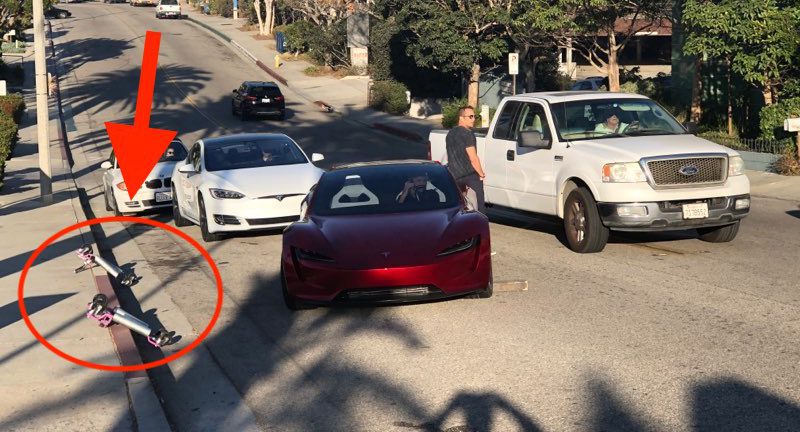 Lucky for us because it got stuck just long enough for them to take pictures.

There’s nothing really special about prototypes breaking down. That’s kind of what they do – especially an early prototype like this one.

It’s also the vehicle that they used to give test rides to people in the attendance of the Tesla Semi event. Electrek’s Seth Weintraub got to ride in one:

The vehicle did launches like that during the whole evening and it seemed to do just fine.

It reminds me of when Tesla CTO JB Straubel talked about how employees at the launch event of the original Tesla Roadster had to work around the clock and alternate prototypes to give test rides in order to make sure they don’t break down.

Tesla clearly has improved since those days, but they are not immune to issues with prototypes.