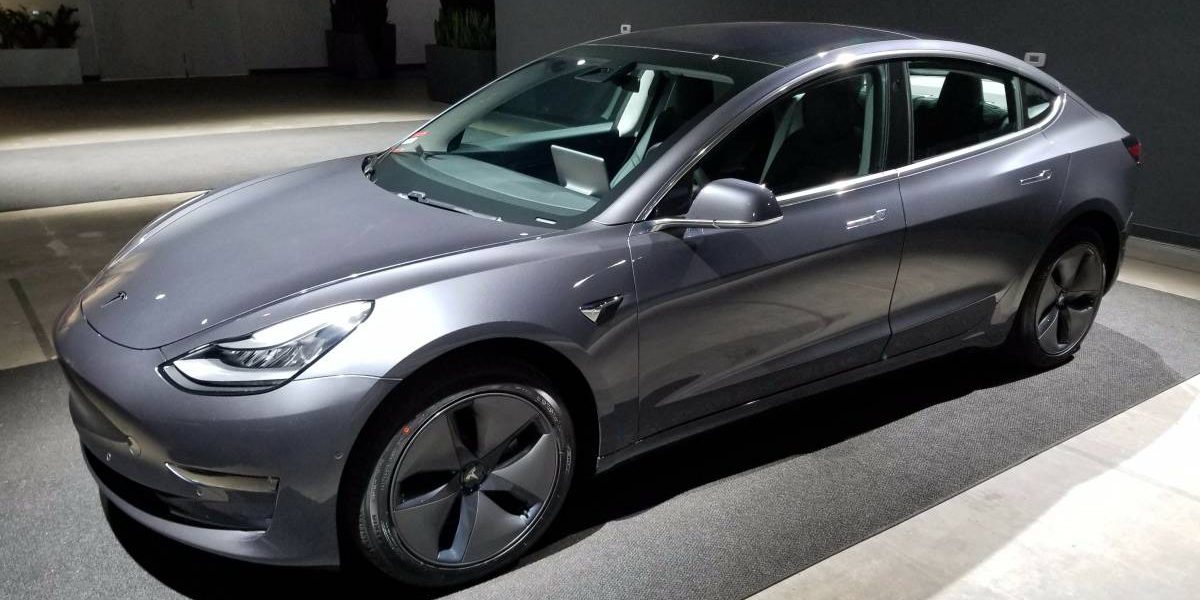 Tesla started delivering the Model 3 in higher volumes this week and we are seeing new owners already testing the market again.

Tesla made early Model 3 owners benefiting from the “employee special priority” delivery sign an agreement to prevent them from selling the vehicle for a profit.

The company wrote in an email to employees about to purchase the Model 3:

“Because employees are receiving special priority, all Model 3 cars prioritized to employees must be registered to you or your family member and may not be resold for more than the original price. Reservation holders will agree to these terms when their order is placed.”

But there have been doubts about the enforceability of such an agreement from the beginning.

Now that customer deliveries without “employee special priority” are starting, Model 3 vehicles not bound to the agreement regardless of its enforceability are going on the market. 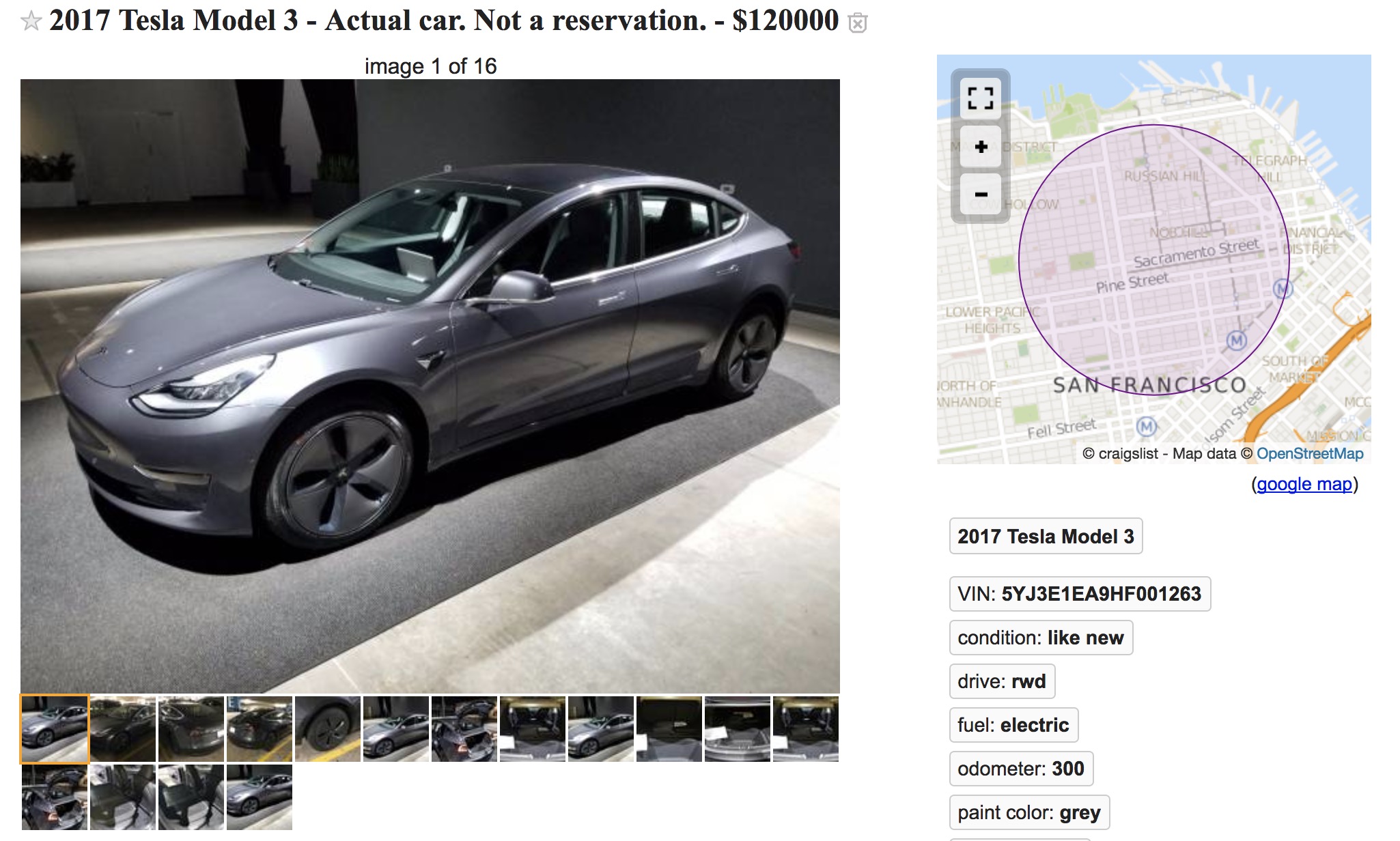 That’s about a 100% premium over the price of the electric vehicle brand new and it’s not even the highest we have seen so far. The first used Tesla Model 3 listed for sale had an asking price of $150,000 in October.

I think there are a few important things to take into account here.

First off, be careful of fake ads. With all the attention around the Model 3, there could be people trying to scam buyers.

There have been instances of people listing coveted items on eBay and Craiglist and asking deposit sight-unseen.

Of course, we would recommend against that.

In this case, there’s strangely no picture taken from inside the vehicle, which is always a red flag, though there are pictures taken with the doors open.

The VIN comes back positive, which is also a good sign, but VINs are easily visible from outside the vehicle so it’s not a guarantee either. Interestingly, the VIN is low for a vehicle delivered to a regular customer so this could be a vehicle with employee priority delivery.

Most Model 3 VINs confirmed to regular buyers have been #2000 and up.

Lastly, what’s up with the price? I have no problem with people trying to flip the vehicle for a profit since it’s in high demand and if you don’t want to wait, that can be worth a premium to some people.

I don’t think anyone is going to pay that price just to get it sooner and it’s not like this is going to be a collector item either. We estimate that there could already be as many as 1,000 Model 3 vehicles on the road today and there will likely be hundreds of thousands by this time next year.

In my opinion, if anyone is buying this Model 3 at the asking price, it’s going to be an automaker looking to benchmark or reverse-engineer a Model 3, which happened to Tesla’s other vehicles in the past.

Anybody else would just get a Model S P100D for that price instead. No?