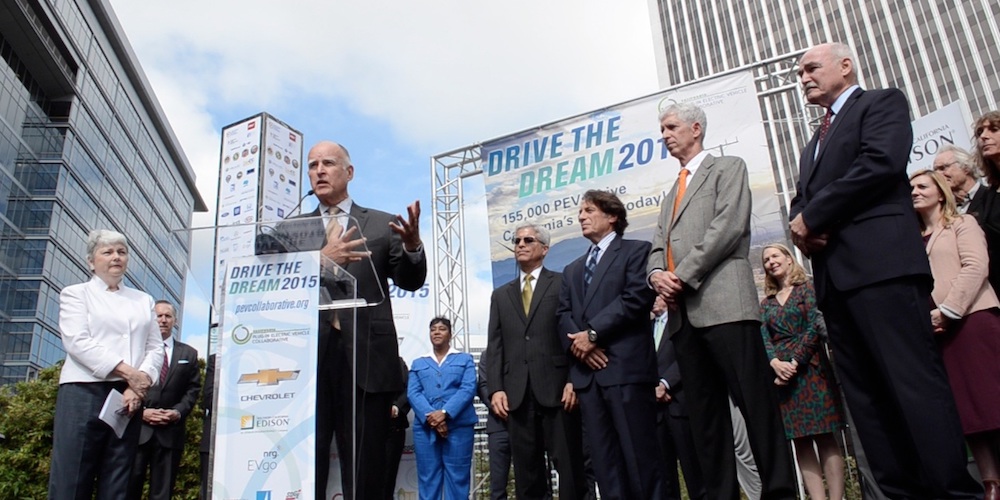 Norway, Paris/France, England, India, Germany, China and Scotland have all announced plans to ban the sale of gasoline vehicles in the upcoming decades. The US state of California might be close behind if a new bill expected to be introduced in the coming month by Assemblymember Phil Ting takes hold.

We know California Democrats including Governor Jerry Brown are in favor of such a ban, and an end date of 2030 has been batted around. But getting anything on the books would be a victory for electric vehicles as auto companies have long lead times. Planning an extinction isn’t easy.

California has already set a goal to cut carbon emissions by 80% of the 1990 levels by 2050. Achieving that would require replacing virtually all combustion by renewable energy in the state a decade ahead of the goal so the move wouldn’t be unexpected in the state. Indeed it might be necessary.

California Assemblymember Phil Ting, a Democrat who is chairman of the chamber’s budget committee, said he plans to introduce a bill that, starting in 2040, would allow the state’s motor vehicles department to register only “clean” vehicles that emit no carbon dioxide, such as battery-electric or hydrogen fuel-cell cars.

“Until you set a deadline, nothing gets done,” Ting, who represents much of San Francisco, said in a phone interview Tuesday. “It’s responsible for us to set a deadline 23 years in advance.”

Perhaps Governor Brown said it best: “Why China can do this and not California.”