Now Paris announces that it is only going to allow electric cars as soon as 2030 ahead of France’s 2040 goal.

Christophe Najdovski, an official responsible for transport policy at the office of Mayor Anne Hidalgo, made the announcement today (via Reuters):

“This is about planning for the long term with a strategy that will reduce greenhouse gases. Transport is one of the main greenhouse gas producers…so we are planning an exit from combustion engine vehicles, or fossil-energy vehicles, by 2030,”

Paris already had to take drastic measures regarding transportation in order to reduce air pollution in the city. On some of the worst days for air pollution, they temporarily banned half the cars from driving and made public transport free. They also introduced car-free zones and they are giving fines to drivers with older cars that don’t comply with emission regulations.

Despite these aggressive measures, city hall is not talking about a “ban” for the 2030 target, but it instead plans to put incentives in place to electrify its car fleet over the next decade to achieve the goal.

France already has several EV incentives in place. They have a €6,000 ($7,100 USD) incentive for the purchase of an electric car, which can be supplemented by an additional €4,000 ($4,700 USD) if it is to replace a diesel car to be scrapped. There are also rebates on taxes available, which are especially beneficial for EVs used as company cars.

It enabled the EV market in the country to grow reasonably fast (~40% year-over-year), but it still represents only a small fraction of overall sales. EV sales from September via Avere France: 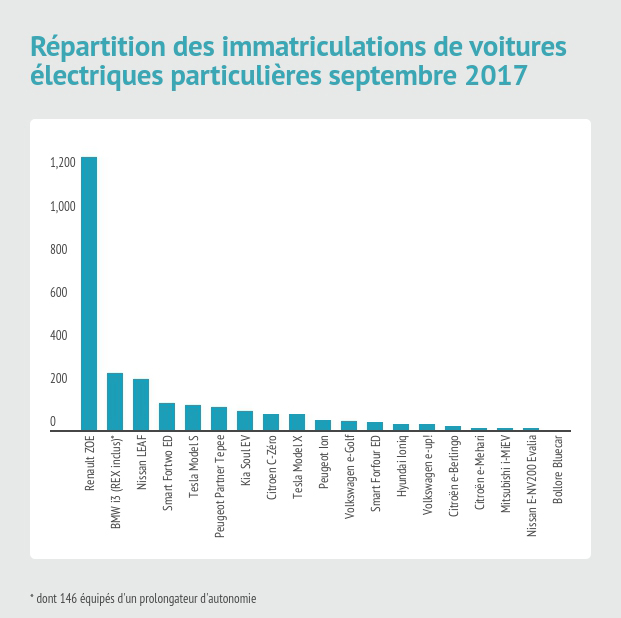 Unsurprisingly, Renault dominates EV sales with the Zoe and no close second.

Paris, and the whole country, still have a long way to go before achieving their goals and we are going to need to see a more important shift in the market.

Nonetheless, all those recently announced goals and bans send a strong message about where the auto industry needs to go. Just earlier this week, the Dutch government confirmed its plan to ban new petrol and diesel cars by 2030.