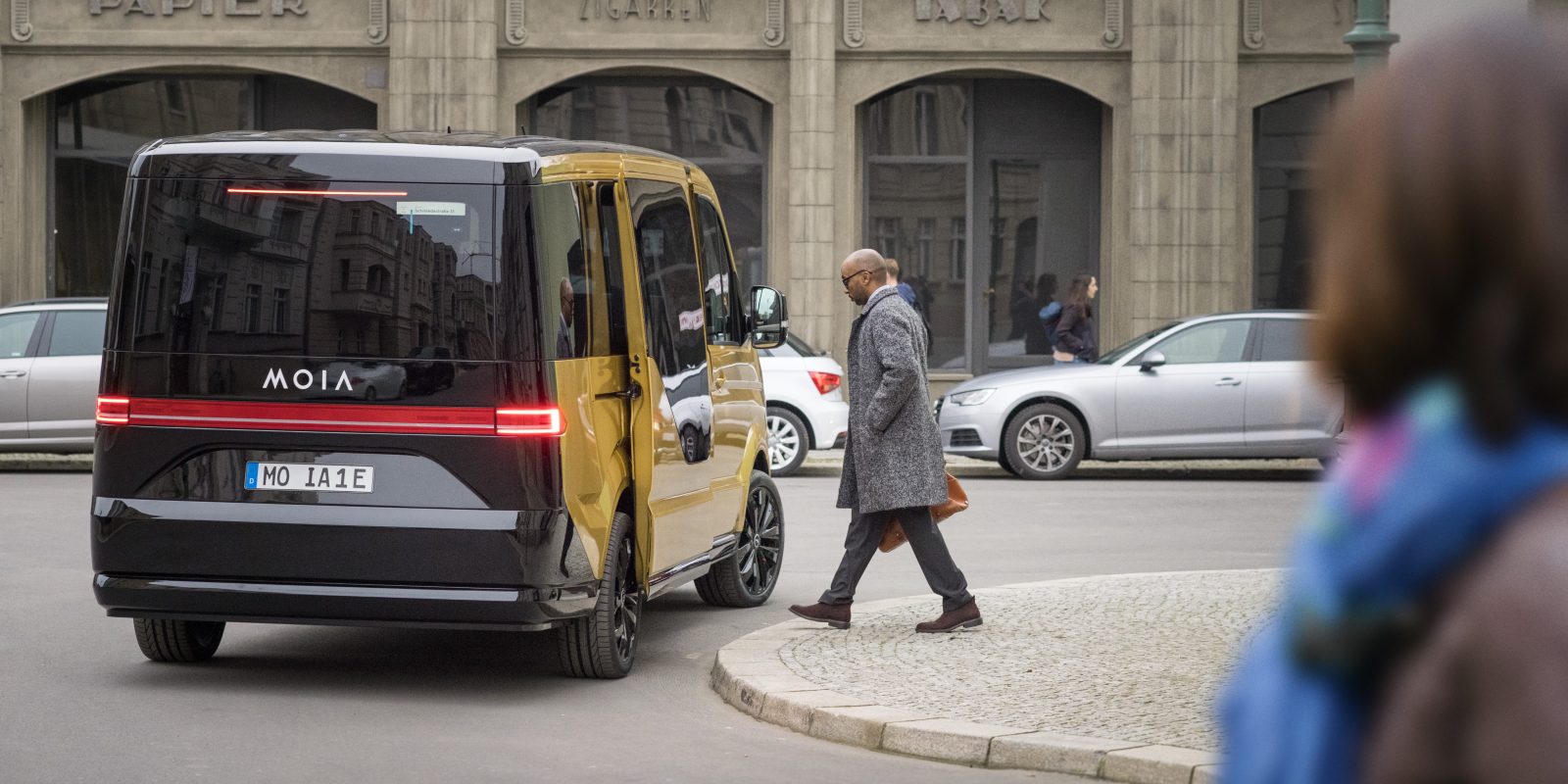 The company says that the new vehicle will go into production as soon as next year.

VW started MOIA last year with their existing gas-powered vans, but now they are going with a new fully electric concept unveiled at a TechCrunch event in Berlin today.

“We started one year ago at TechCrunch in London with the vision of partnering with cities to improve the efficiency on their streets. We want to create a solution for the typical transport problems that cities face, such as traffic, air and noise pollution, and lack of space, while simultaneously helping them reach their sustainability goals. In a short time, we’ve laid the groundwork to add a new mobility component to the urban mix. In 2018, we’ll be ready to launch our ride pooling concept internationally and take the first steps toward our goal of reducing the number of cars in major cities by one million in Europe and the USA by 2025,”

They are starting with a fleet of 200 vehicles in Hamburg next year.

The interior has been designed especially for ride-sharing. It looks spacious with standalone seats comfortable for up to six passengers.

“The car represents total comfort and is a crucial piece of our consistent service experience. We developed it using our co-creation process, which involved multiple rounds of potential users of various age groups testing cars and providing feedback. Many of the ideas from this process went directly into the development of the car. We’re also working on other future versions as well,”

Every seat is equipped with dimmable reading lights, USB ports, and each car also offers “fast WiFi for passengers.”

The electric van is also built with autonomous driving in mind. They want to eventually use it as the vehicle for the holy grail of ride-sharing, which is a fleet of electric and autonomous vehicles in order to reduce the cost of operation.

It’s certainly refreshing to hear of a new concept electric vehicle that is going into production soon.

VW is also working on bringing its microbus back to production with an electric powertrain in 2022, so it’s not surprising to see them leveraging the development effort. It looks like this MOIA van could be a good test mule for the microbus.

I think we are going to see more of those vehicles since they have the potential to quickly reduce emissions both through being battery-powered and through higher passenger capacity.