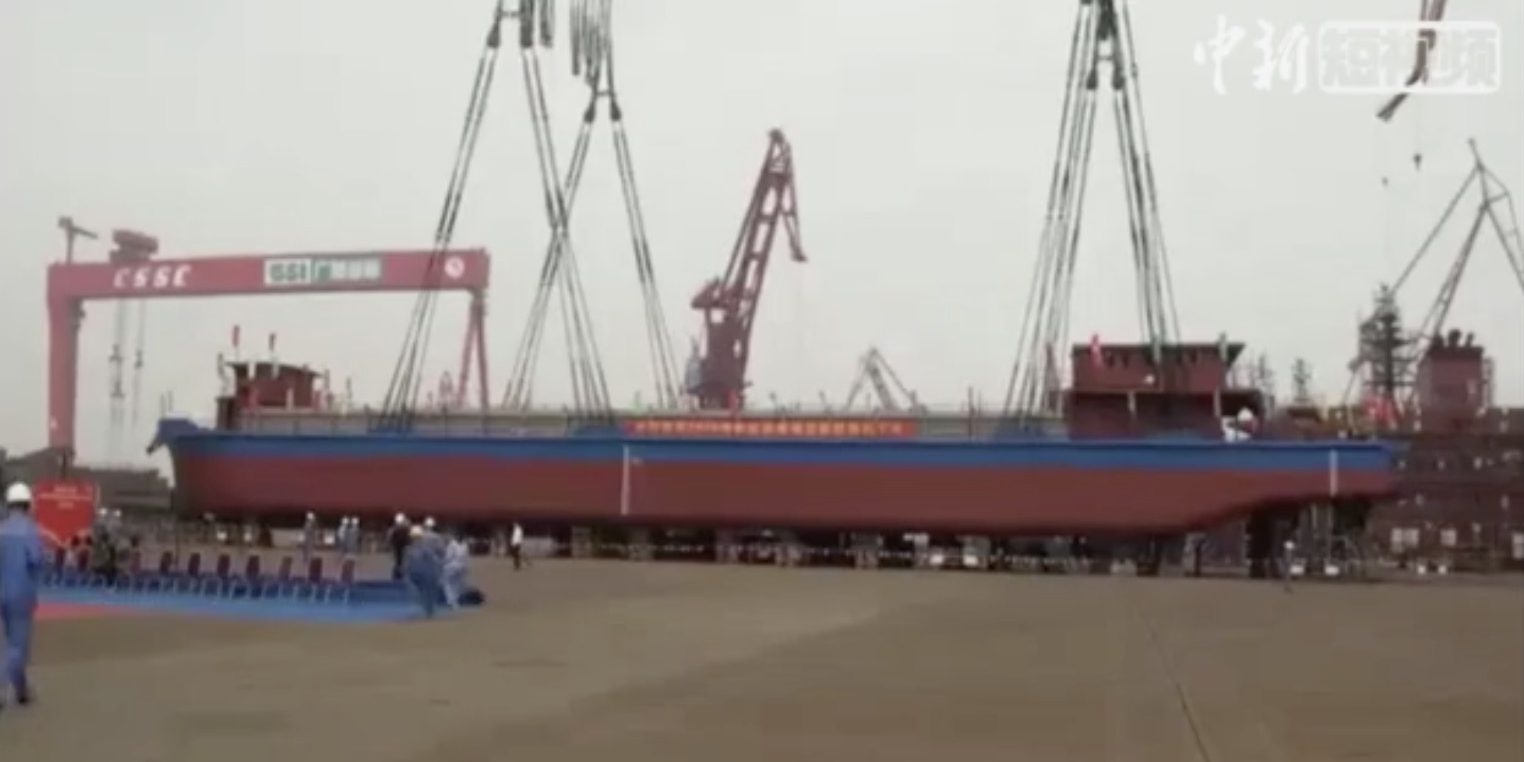 Ground transport is currently leading the transition to electric propulsion, but maritime transport is now starting to see its share of electrification.

We have recently reported on several large ferries going all-electric and now a massive cargo ship in China has been officially launched with a battery powertrain.

According to China News (Chinese), the powertrain is equipped with two 160 kW electric propellers and a mix of supercapacitors and lithium batteries for a total energy capacity of 2.4 MWh. For comparison, that’s like 24 batteries from Tesla’s most high-powered vehicle: the Tesla Model S P100D.

The powertrain reportedly enables a range of ~50 miles (80 km) on a single charge.

It is designed for short distances and it is currently configured to carry coal (*waa waa*) down the Pearl River in Guangdong Province.

Both shipyards where it will operate are equipped with massive charging systems that can reportedly charge the boat’s battery pack in just two hours, which is about the time it takes to load and unload the ship.

They plan to use the same design to launch other versions of the boat to carry other kinds of cargo and passengers. Wang Yongchen, a Beijing environmentalist, commented on the news.

“This kind of ship takes into consideration the harmony between humans and nature and can protect water quality and marine life, and should be copied by other ships sailing on local rivers,”

The vessel had a successful maiden voyage last month.

While it may seem counter-intuitive to launch an all-electric ship to carry coal, it’s actually a big step in the right direction. China moves a lot of coal and it’s better to move that coal in battery-powered ships than in ships burning incredibly polluting heavy fuels even if the battery-powered ships are powered by electricity generated by coal.

Improvement in energy density are likely going to be needed in order to enable long-distance routes in battery-powered ships combined with solar and sail, but in the meantime, plenty of other routes can be electrified, like this example in China and several ferries can quite easily go electric.