Over the last year, ABB has been converting two of Sweden’s HH Ferries Group’s massive ferries from diesel engines to being completely battery-powered.

Now the ships are reportedly close to launching, which would likely make them the biggest all-electric ships in the world.

Ferries are a perfect place to start since they often travel only short distances and stay for relatively long periods of time at the same ports, where they can be charged.

The HH Ferries Group’s two ferries, the Tycho Brahe and the Aurora, operate a 4-km (2.5 miles) ferry route between Helsingborg (Sweden) and Helsingör (Denmark). Therefore, the route that they are converting to all-electric transport is not exactly impressive, but the actual ships themselves are something.

Those are incredibly large machines to power with electricity, but it’s worth it economically for the savings on diesel and environmentally to slash local emissions. They are already similar ferry routes going electric, but nothing of this magnitude in term of size. 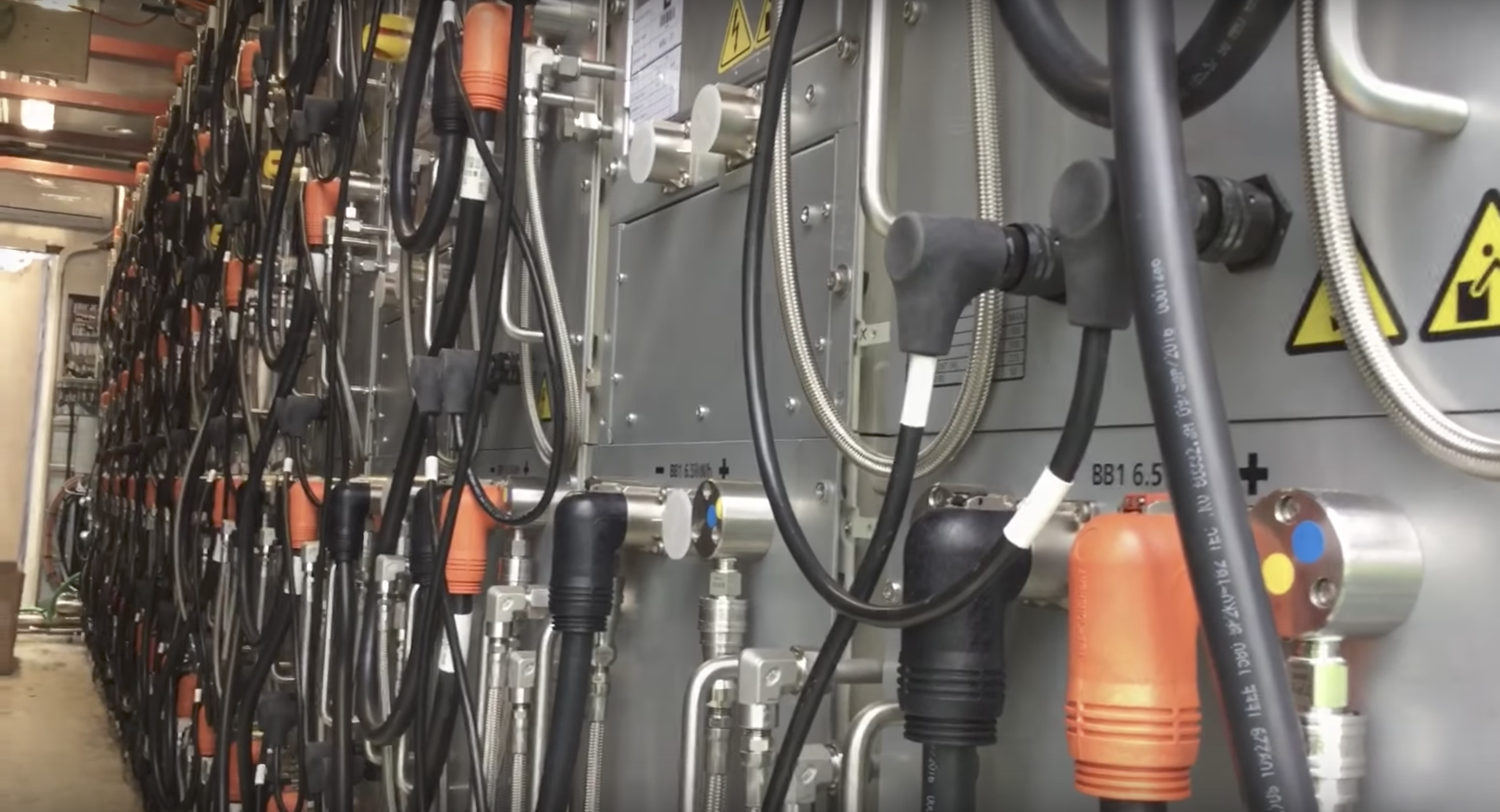 ABB already started installing the more than 4 MWh of battery packs inside each ship:

“640 batteries of 6.5 kWh are installed on top of each ferry along with two deckhouses for transformers, converters and cooling of the batteries. Cables run from the deckhouses to connecting points at each end of the ship, so that the batteries can be quick-charged – to provide the power of 70 electric cars.”

The Tycho Brahe is reportedly ready and it was supposed to start operation last month, according to HH Ferries Group’ website, but they had to postpone the launch because the charging systems at the docks are not ready.

ABB has been installing giant robotic arms at the docks to operate the charger.

When at the docks to unload passenger and take new ones on board, the boats will be able to take a quick charge to top off before ferrying back. The system is built to be completely automated and operate even in the worst conditions.

The installation of those robotic arms has delayed the launch of the ships, but now we hear that they plan to launch the massive all-electric ships very soon. Stay tuned.