Today, electric car startup NextEV launched a new brand ‘NIO’ and its first electric car ‘NIO EP9’ at the Saatchi Gallery in London. The company is claiming that the ‘NIO EP9’ is the “fastest electric car in the world” after releasing lap records of the vehicle beating EV records in Nürburgring and at Circuit Paul Ricard in France over the past few weeks.

The ‘NIO EP9’ is equipped with “four high-performance inboard motors and four individual gearboxes” capable of torque vectoring.  The powertrain can deliver up to 1 megawatt of power and 24,000 Newtons of downforce at 240 km/h (150 mph).

The vehicle can achieve a top speed of 313 km/h (194 mph) – narrowly beating the Rimac Concept_One, which until now was the electric supercar to beat in all performance specs.

But there’s no doubt that the NIO EP9’s performance specs are seriously shaking Rimac’s position at the top and in some cases, they are setting a new benchmark for electric supercars.

As for range, NextEV claims the ‘NIO EP9’ can travel up to 427 km (265 miles) on a single charge and then it will only take 45 minutes to recharge the battery pack.

The design of the battery pack, or should I say packs, is particularly interesting. The EP9 is equipped with two battery packs installed on the sides of the platform: 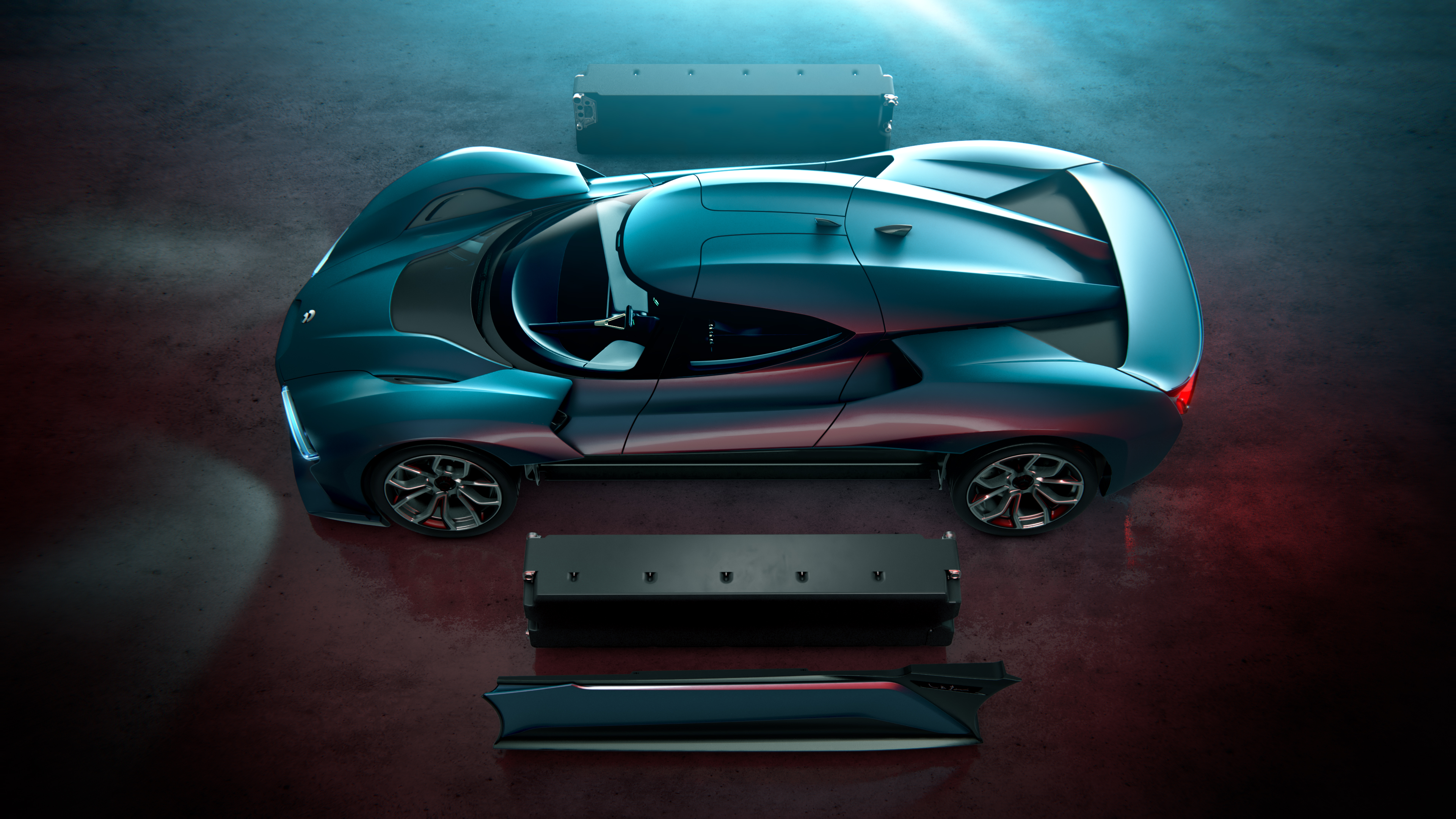 The vehicle is capable of creating 3G of cornering force and therefore, you need a good cockpit in order to help the driver handle that kind of performance.

NextEV says that the carbon cockpit and chassis were designed to handle the physical demands of the vehicle with added structural solidity and aero efficiency:

“The EP9 features a visionary integrated e-control structure and sensor system layout, which could fit the latest autonomous driving technology. Additionally, it utilises our intelligent, user-friendly interactional design concept, which provides a joyful experience for users with digital interaction and instant sharing.”

We previously reported that the company has been hiring autonomous driving experts from Tesla and Apple.

The company didn’t release pricing and availability details, but prior to the unveiling, we were told the vehicle would sell for about $1 million and be available in limited production not long after the unveiling.

But today’s announcement was also about the launch of the new NIO brand and the EP9 is only the first car to be sold under that brand. NextEV is aiming to create what it calls ” the car company of the future”.

NextEV Founder and Chairman, William Li, said during the announcement:

“Today we launched our electric supercar that broke the record at the Nordschliefe. The NIO EP9 was born to push limits and is the first stage of automotive production for NIO. It is a statement of our vision and technical and manufacturing capabilities. It is a best-in-class product that showcases what is possible with electric vehicles. We believe that when the car ownership experience exceeds expectations, electric vehicles will become the natural choice for everyone, leading to a more sustainable tomorrow. And with that, our vision of a blue sky will come true.”

While we wait for more mass market kind of vehicles from NextEV, it’s still fun to see a new top-of-the-line electric vehicle breaking some records.

Additionally, on November 4th, it smashed the EV record at Circuit Paul Ricard in France, recording a time of 1m 52.78s, eclipsing the previous record of 2m 40s.

Here are a few more pictures of the EP9 released by NextEV: