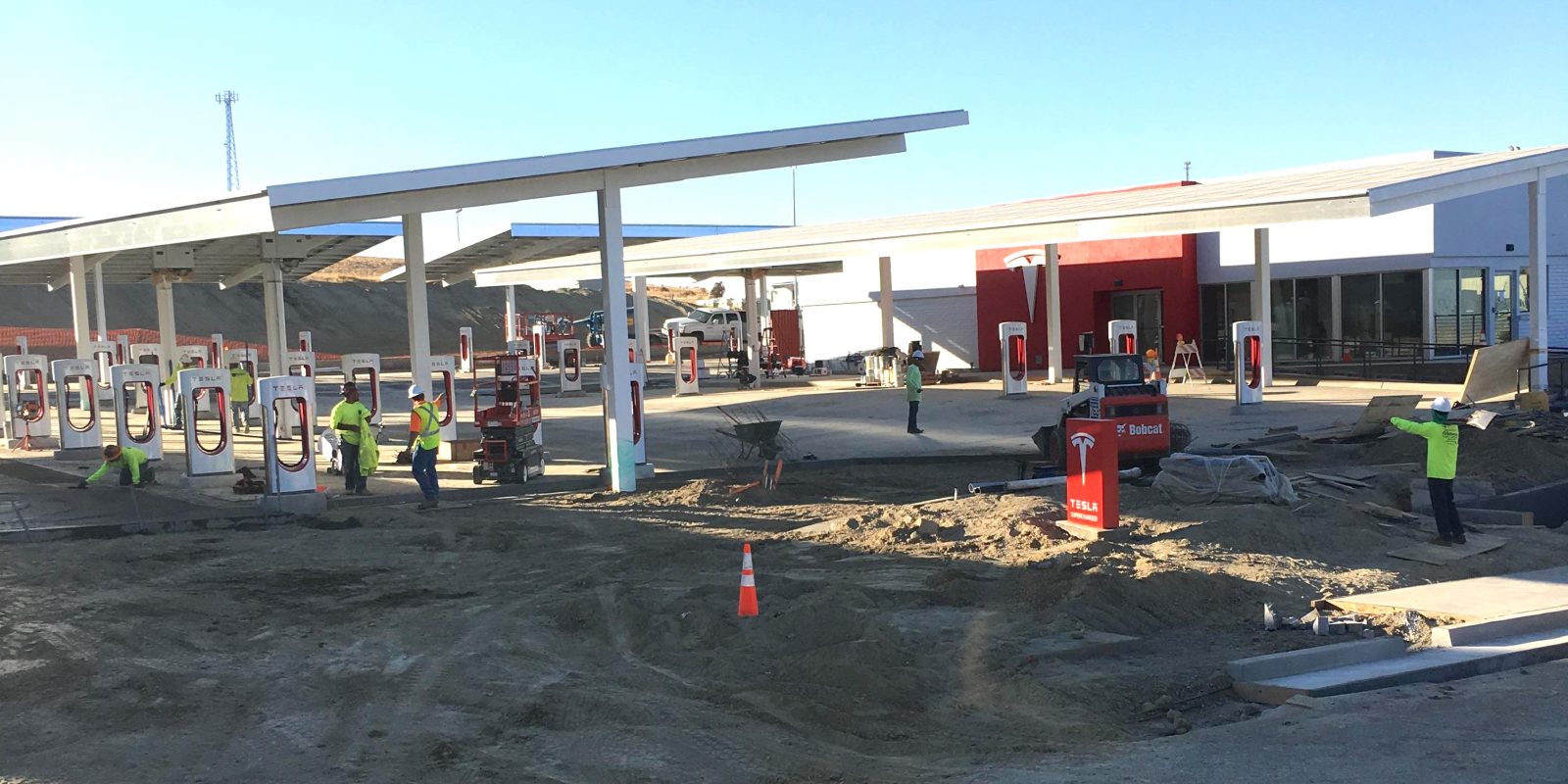 Tesla is building a new type of Supercharger station with larger numbers of charge points, solar arrays, and even owner lounges.

Now it looks like the first of those stations is just about to be completed and we get a first glimpse at it.

Back in July, we released a report on the project plans that we obtained for a new Supercharger station to be built in Kettleman City, California.

According to the plans, the station is located in a truck stop area and it features 40 Supercharger stalls under solar arrays on carports and with a building on the property.

It’s part of Tesla’s plan to have bigger charging stations with more amenities for popular long-distance routes where Tesla drivers would need to charge in order to complete them.

This new station in Kettleman City is a good example since it’s located about halfway between Los Angeles and San Francisco, which are two of Tesla’s biggest markets and therefore, a popular route for Tesla owners.

Redditor CheckYrHead stopped by the station yesterday to check the work in progress. He shared pictures of it on Tesla’s subreddit. Here it is next to the actual plan for the station:

We get a pretty good look at this new “Supercharger lounge” – though we are admittedly more curious about the interior.

Tesla already built a few small lounge areas with chairs, TVs, and coffee at Supercharger stations, but those are generally at existing Tesla locations, like service centers, and nothing like what we are seeing in this picture and those plans in terms of size.

Here are a few renders of what Tesla wanted to do with the building from the plans:

The actual result we are seeing on CheckYrHead’s pictures looks much better than the renders. Here we get a better look at the solar arrays and Supercharger boxes:

It looks like they are on the last stretch to complete the construction of the station, which could be the first of its kind. Another similar station is also under construction in Baker between Los Angeles and Las Vegas, but it looks like it’s a little behind this one.

From the plans for the Kettleman City station, we also learned a few more tidbits of information about the new Supercharger station. For example, it includes an area for food trucks to park right on the site so that owners have some more dining options when charging – though there are plenty of fast food joints within walking distance of the location. McDonald’s, Carl’s Jr., In-and-Out, Starbucks, Jack in the Box and Denny’s are all just around the corner.