With all the eyes on Tesla’s Model 3 production ramp-up and the delays in customer deliveries, reservation holders are starving for any sign of an increase in production.

Now, the production line was even spied from outside Tesla’s Fremont factory.

Tesla CEO Elon Musk actually recently explained that the “primary production constraint has been in the battery module assembly line at Gigafactory 1” and not at the Fremont factory.

But this constraint creates a bottleneck for the entire production line, which needs to restrict its output so it doesn’t create excessive inventory since it can’t complete the Model 3 vehicles without the battery modules.

Nonetheless, Tesla has been running parts of the production line with short bursts of production rate to test them.

Yesterday, TMC member int-veh got a rare glimpse of one of those parts in action through a window just outside of the Tesla factory:

It definitely looks like the Model 3 body, which we got a good look at through the Model 3 repair guide a few months back. 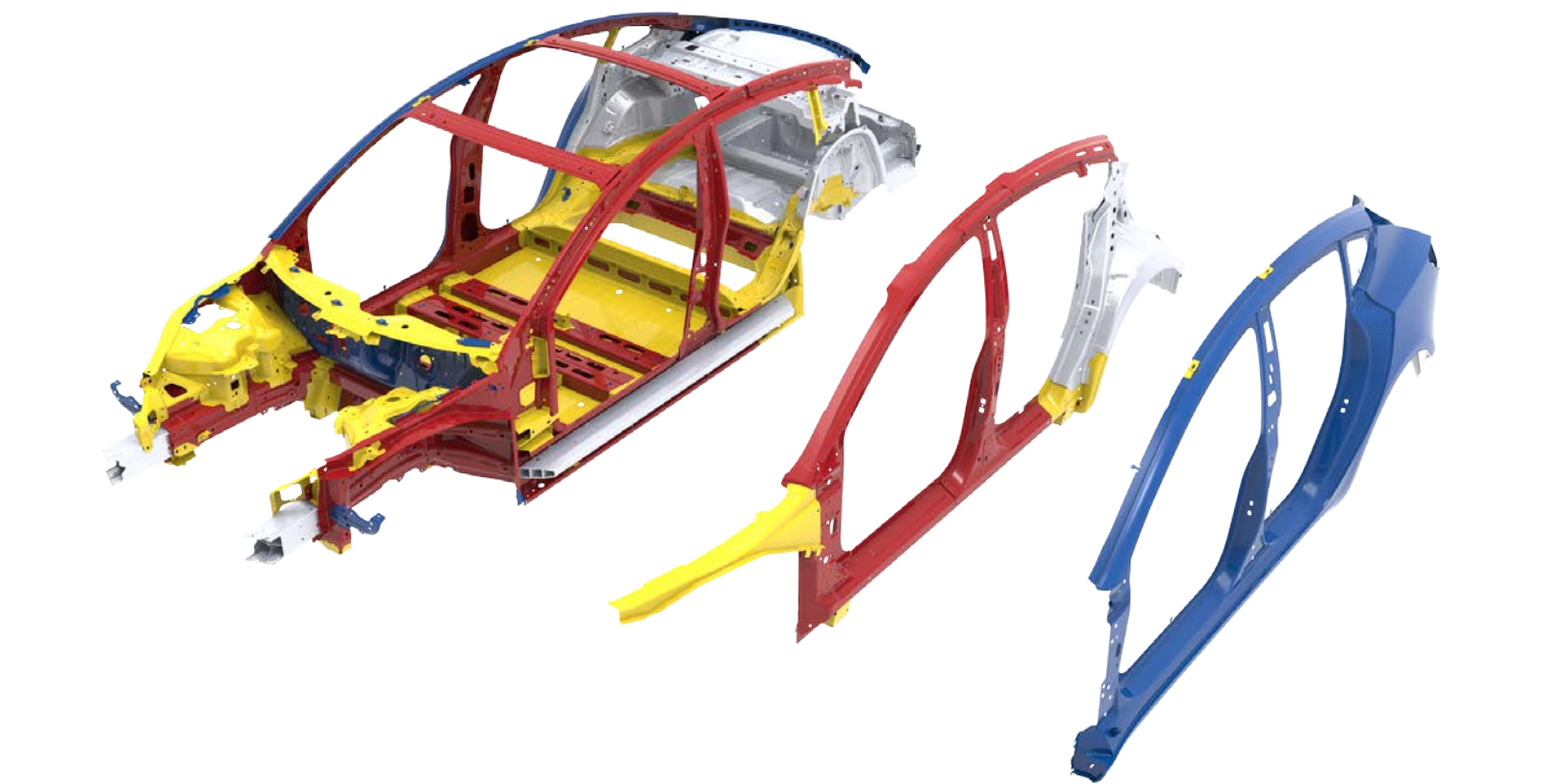 Earlier this month, Tesla said that the body shop welding and final vehicle assembly lines are now capable of 500 units per week, according to their short burst tests.

It’s hard to get an idea of the capacity from the short length of the footage, but it’s another data point to show that they are at least still building a few more cars.

We reported last week that Tesla Model 3 production reached ~440 units to date last month for an average of about 6 cars per day in October, according to sources.

It’s significantly behind what Tesla wanted to produce at that point, which is why they pushed their goal to produce 5,000 vehicles per week from December to the end of the first quarter of 2018.

The company is now guiding the first regular customer deliveries by the end of the year, but it appears to be dependent on fixing the production constraint with the battery modules at the Gigafactory 1.

In the meantime, it looks like only a few employees and company insiders are going to enjoy the new electric car. But with even with just a few more vehicles getting around, we are now starting to get some reviews.