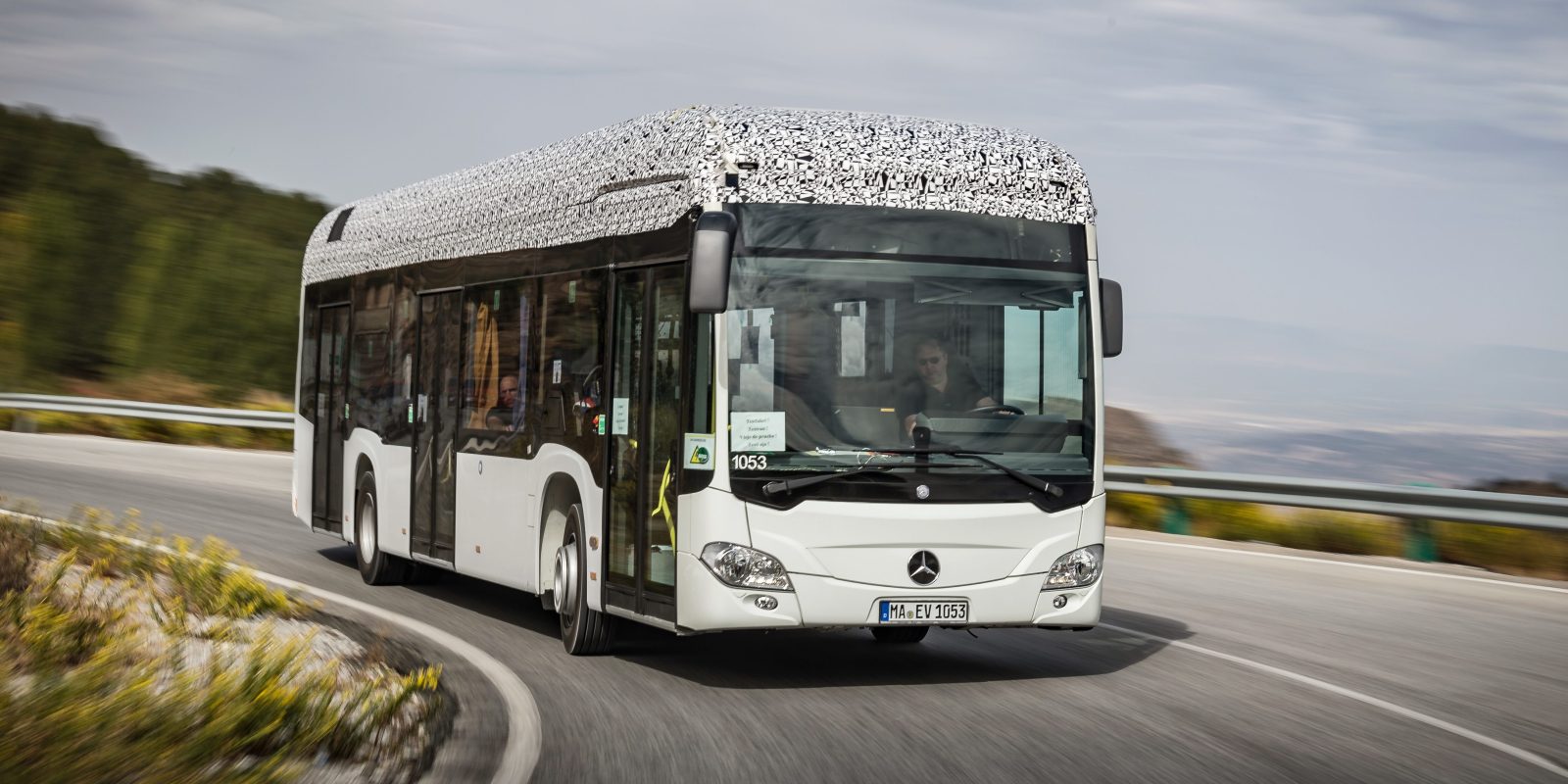 Along with Daimler’s broader move into heavy-duty electric vehicles, Mercedes-Benz is moving into electric buses.

The German automotive company announced that it will start volume production of “a modular battery pack” for its Citaro bus “by the end of next year.”

They confirmed today that the Citaro with all-electric drive will celebrate its world premiere in September 2018 at the IAA Commercial Vehicles show in Hanover.

Prototypes are currently undergoing cycles of trials and testing. Mercedes-Benz says that they have, for example, already “successfully undergone initial winter testing in icy temperatures at the Arctic circle as well as summer testing in the heat of Spain’s Sierra Nevada.”

They released images of those first few prototypes today:

They say that the next step is “endurance testing and detailed refinements” with the goal to have the electric version of the the Citaro being on par with the diesel-powered version.

The Citaro Electric is powered by a modular li-ion battery pack that Mercedes can be customized to different capacity for different applications. The battery pack feeds electric wheel hub motors at the rear axle.

“Our city bus produces zero local emissions and is ultra-quiet through town. The engineers are currently undertaking thorough testing of prototypes of the new bus under the toughest of conditions. As the technical concept, which involves a modular system for the power supply as well as optimised thermal management, makes clear: the Citaro with battery-electric drive will set a new milestone.”

The company says that they are “already tendering for contracts” for the bus.

Mercedes-Benz is going to be joining an increasingly competitive market for electric buses, which are rapidly gaining in popularity.

As we previously reported, Proterra recently unveiled a new dual motor all-electric drivetrain for buses. Hyundai recently entered the market with an all-electric bus capable of 180 miles of range on a 256 kWh battery pack.

BYD, Volvo, New Flyer and others, have also all recently unveiled new electric buses in anticipation for an important growth of the industry in the next few years.

We expect that public transit is going to transition to electric propulsion faster than most people anticipate.