At the ‘Hyundai Truck & Bus Mega Fair’ in Korea this week, the Korean automaker unveiled a new range of commercial vehicles, including a new all-electric bus.

China’s BYD and America’s Protera are seen as market leaders in electric buses, but the economics of battery-powered are making so much sense right now that more companies are moving into the segment.

Ryan Popple, CEO of Proterra, recently said that electric buses are now cheaper than diesel/CNG and could dominate the market within 10 years.

Hyundai is the latest company to take advantage of the shift.

“Hyundai Motor has achieved a lot in the eco-friendly vehicle field, but we will never stand still. We continue to invest heavily to ensure zero-emission technology for all commercial vehicles.”

He added that Elec City “provides a glimpse into the future of the public transportation.” 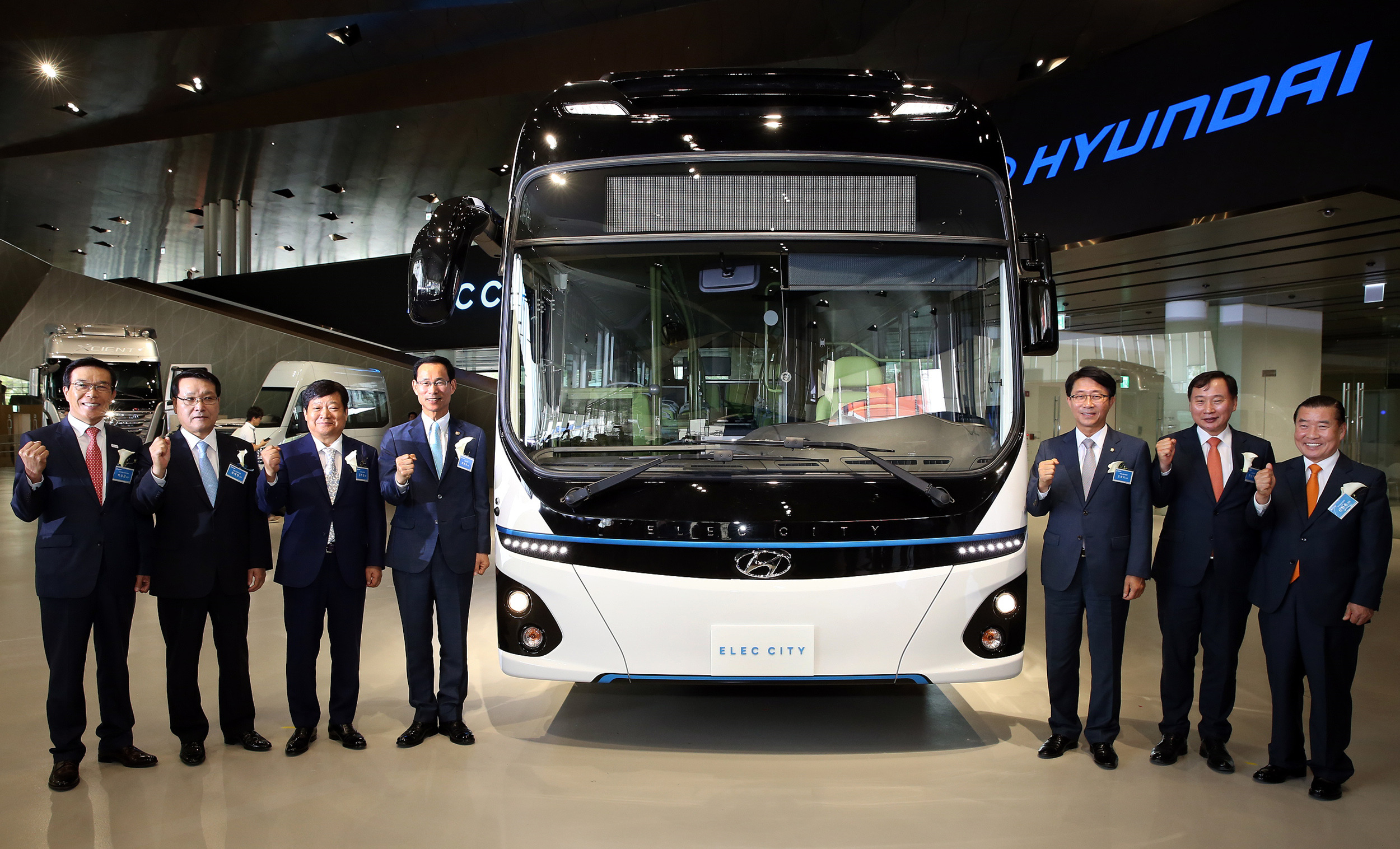 The 180-mile range is enabled by a massive 256 kwh lithium-ion polymer battery pack.

The company announced that they plan to soon start “mass production” of the vehicle.

It is yet again a clear indication that Hyundai, which is one of the biggest automakers still pushing for fuel cell hydrogen and they admitted that they “are only making electric plug-ins until hydrogen fuel cell vehicles take hold”, is getting serious about electric vehicles.

Earlier this year, they launched the Ioniq Electric, which is priced extremely competitively in some markets, and they are preparing to launch an all-electric SUV.