How to approach buying a Tesla or any electric car with the proposed end of $7,500 tax credit next month

The full GOP House tax bill has been released and as expected earlier this morning, it does include the end of the federal tax credit for electric vehicles.

The official language indicates that the bill, in its current form, will end the $7500 subsidy entirely by the end of the year, which is sure to completely change the EV market in the US over the next few months. If you look at what happened to Denmark or even the US State of Georgia when tax incentives end, it isn’t a pretty picture for the EV market.

Here’s how we suggest approaching buying a new Tesla, Bolt EV, Hyundai Ioniq or any electric car really, with this new potential change.

A GM Spokesperson told us:

“Tax credits are an important customer benefit that can help accelerate the acceptance of electric vehicles. Because General Motors believes in an all-electric future, we will work with Congress to explore ways to maintain this incentive.”

But if it does go through, it would end access to the full $7,500 federal tax credit for Tesla buyers a few months in advance, and over a full year ahead of time for the partial credit compared to the current the phase-out period.

Buyers of EVs from other automakers, like Nissan and GM, would probably lose over a year of access to the full credit.

As it currently stands, the language is quite clear, it would result in an end of the tax credit on December 31 (hat tip to Michael Beinenson):

Now with this in mind, even if it doesn’t pass, the simple fact that it is being proposed is likely going to affect the EV market right now. If you were considering buying a new electric car and were counting on the $7,500 to make the purchase, it might push you to go ahead. In fact, you might want to get on that RIGHT NOW because inventories are going to get sucked up fast.

Of course, keep in mind that the full federal tax credit is only accessible to buyers who owe enough federal taxes during the year and it’s not transferable.

We expect that current EV inventories in the US will go quickly and some automakers might try to increase production to deliver in time, but with only two months left, supply isn’t going to change too much.

Tesla was already preparing for a record quarter of orders and deliveries for Model S and Model X in the US. New buyers have until the end of the year to buy a Model S and Model X and get free unlimited access to the Supercharger network if they use a referral code (You can use our code here).

Now on top of that, there’s the possibility that buyers will not have access to the federal tax credit if they don’t take delivery by the end of the year. That’s where things get tricky. Tesla has a “custom cut-off” date when new custom orders will not be delivered by the end of the current quarter.

Sources familiar with Tesla’s sales told Electrek that this quarter’s “custom cut-off” dates in the US are November 12 on the east coast, November 19 for the south-west, northwest, and Texas, and November 26 for the west coast.

If you want to custom order a Tesla and be certain to have access to both the free unlimited Supercharging and the federal tax credit (if you are eligible), then ordering before those dates is your best bet. Giddy-up!

Tesla is also adding new inventory cars, which are eligible for the federal tax credit and free unlimited access to the Supercharger network if they use a referral code (You can use our code here).

If you aren’t on the list now, there is no way you’ll make the cutoff if it is made into law. But if you are on the list and you have the option of receiving yours this year, you may want to opt for the larger battery which comes first, many of which are still slated to be delivered before the end of the year (even after the delays announced yesterday). Delivery locations have already been decided so it probably won’t help to change your delivery address to California to try to skip ahead (but hey, it is $7500).

The Model 3 is not eligible for the referral program or the free unlimited Supercharger access that comes when buying through a referral link (like this one). 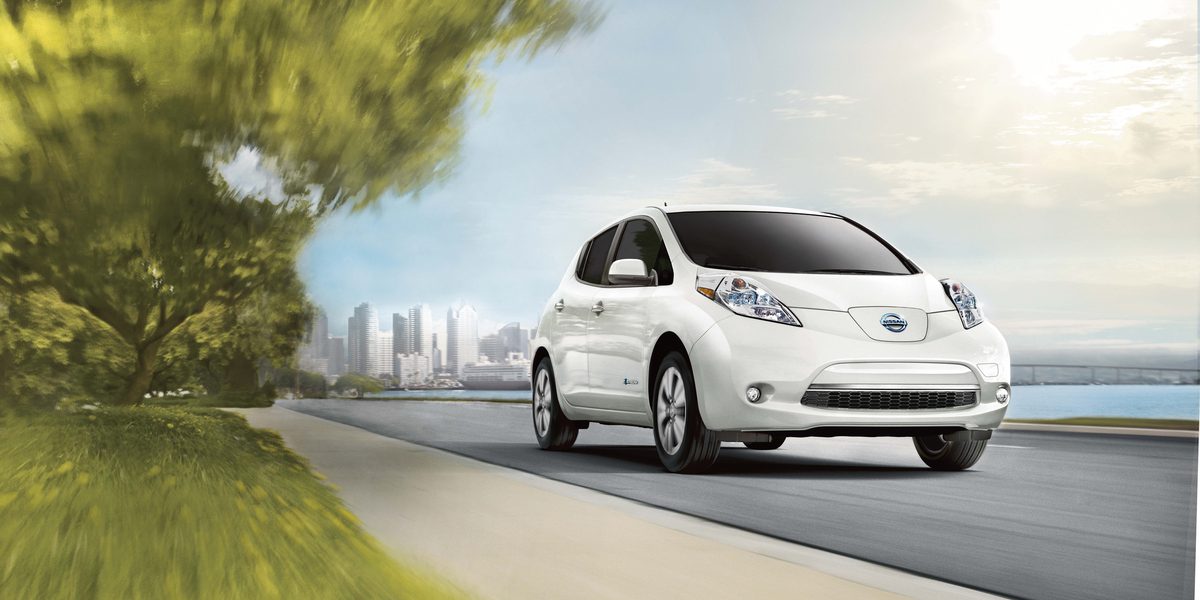 The next-gen Leaf is not expected to hit the US until next year, which is a bummer if the federal tax credit really goes away.

But if you want a really cheap brand new electric car, the 2017 Leaf might still be a good option for you. With recent discounts on top of the federal tax credit, we have often seen people get away with a new Leaf for less than $15,000. This is going to be your best low price option and probably the least expensive electric vehicle on the market for years to come.

Inventories are running low so it might be hard to get your hands on one, but you can check with your local Nissan dealer for Leaf inventory. 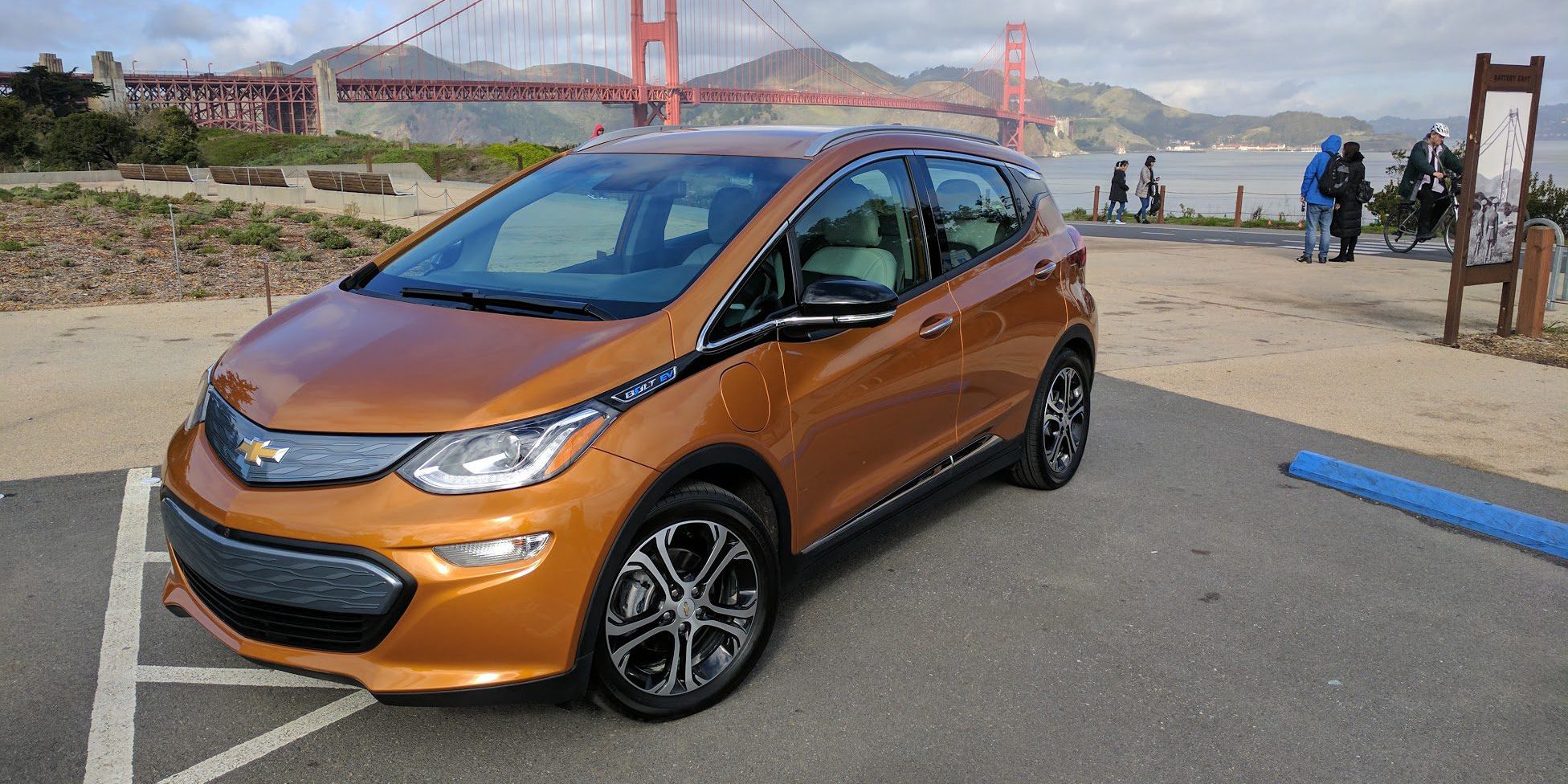 I think the Bolt EV is going to be an especially popular car with the threat of the end of the federal tax credit looming.

At $37,500, it’s a hard pill to swallow, but the vehicle is highly competitive at ~$30,000 if you have access to the federal tax credit and it’s simply the only option for a brand new EV at that price with a 200+ mile range. We reviewed the Bolt particularly favorably and if you can’t afford a Tesla, it is a no brainer recommendation.

Chevy Bolt EV sales are still steadily climbing and they reached a new monthly record in the US last month.

Last we heard, there were still some good inventories in a few markets, especially in California. You can always check with your local dealers for inventory.

Like the Nissan Leaf, the Hyundai Ioniq EV is already more reasonably priced and with the federal tax credit, it’s a deal.

We were impressed with the car. You can read Jamie’s Hyundai IONIQ Electric extended test and Seth’s first impression through a shorter experience with the car.

Starting at $29,500 before the tax credit, you can get away with a nice entry-level EV, but the vehicle is still very much a “compliance car” right now and the availability is limited. You can always check with your local dealers for inventory, but you might not find one in your region.

There are a few other cars currently available in the US, but most of them are low volume compliance cars. BMW’s i3 comes to mind as well as Ford’s lineup. Check your local dealers using this tool.

Hopefully, the bill as it currently stands, won’t come to this and most likely, considering the GOP’s current inability to pass legislation, it will be delayed, but it remains a very real possibility that EV buyers will lose this very important incentive soon.

Make the best of that information.