Nissan becomes the latest automaker to announce that it will be joining the Formula E electric car racing championship with its own team.

They will join in the 2018-19 season when things will start to get more interesting with the new electric race car platform and as individual teams get more freedom.

Nissan will become the first Japanese automaker to get its own team in the championship.

“As the ultimate expression of the thrill of instant acceleration and agile handling that’s at the heart of Nissan zero-emission driving, Nissan is going to electrify the Formula E championship. Nissan will be the first Japanese brand to enter this growing championship, bringing our long history of motorsports success to the Formula E grid. It will give us a global platform for bringing our pioneering Nissan Intelligent Mobility strategy to a new generation of racing fans.”

The announcement comes as Renault, Nissan’s sister company, confirmed that it will be exiting the championship after the upcoming season.

The Formula E  Renault e.dams team had been an inaugural member of the championship since 2014 and the season 4 will be its last.

It looks like Nissan will be taking over the coveted spot, which they see as an important milestone in their EV history. They released this map with the announcement today: 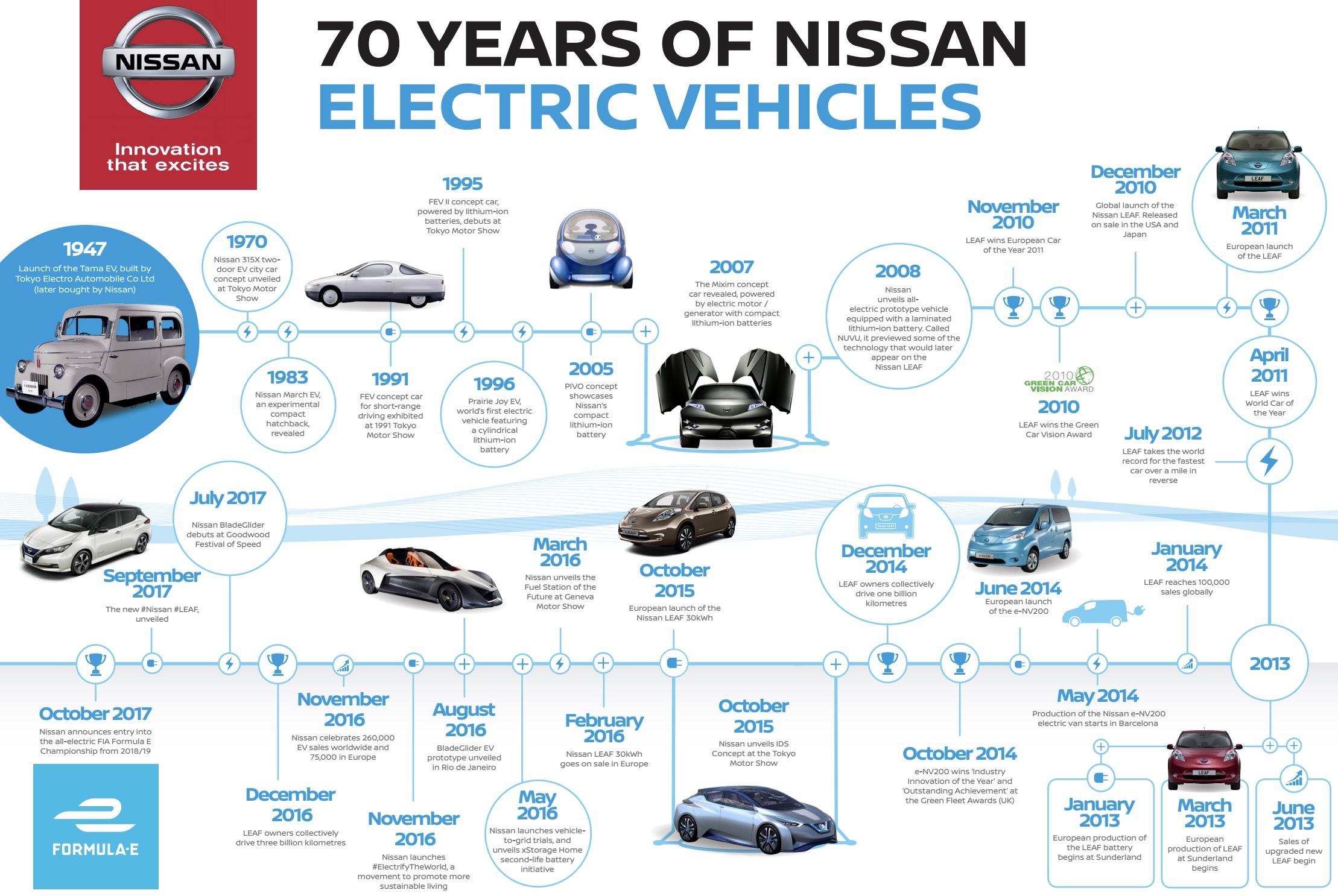 Earlier this year, BMW announced plans to enter the Formula E in season 5 with its own team while Audi confirmed that they are taking over the ABT Sportsline team, which they had been sponsoring in prior seasons.

Mercedes-Benz also announced that it will join the Formula E under its own team, but during season 6 in 2018-2019.

The championship is maturing and now every spot on the grid is coveted by major automakers looking to showcase their EV technology – something that has been difficult to do in Formula E, but that is about to change.

Teams are currently limited in the modifications they can do the cars, which they have to change mid-race as the demanding performance depletes the battery packs very quickly, but the next generation is expected to fix that and automakers will be able to tweak their own cars.

Season 5 should be more interesting since the teams will be able to develop more of their own electric powertrain components. They will still all use the same chassis, but it will also be a new one. Spark Racing Technologies, the engineering firm behind the new chassis, released the first images of the concept for the next-gen all-electric race car.

In the meantime, season four of Formula E will begin this December. To get you in the mood for the excitement of the sport, you can watch all Formula E crashes from the previous season of the all-electric championship here.