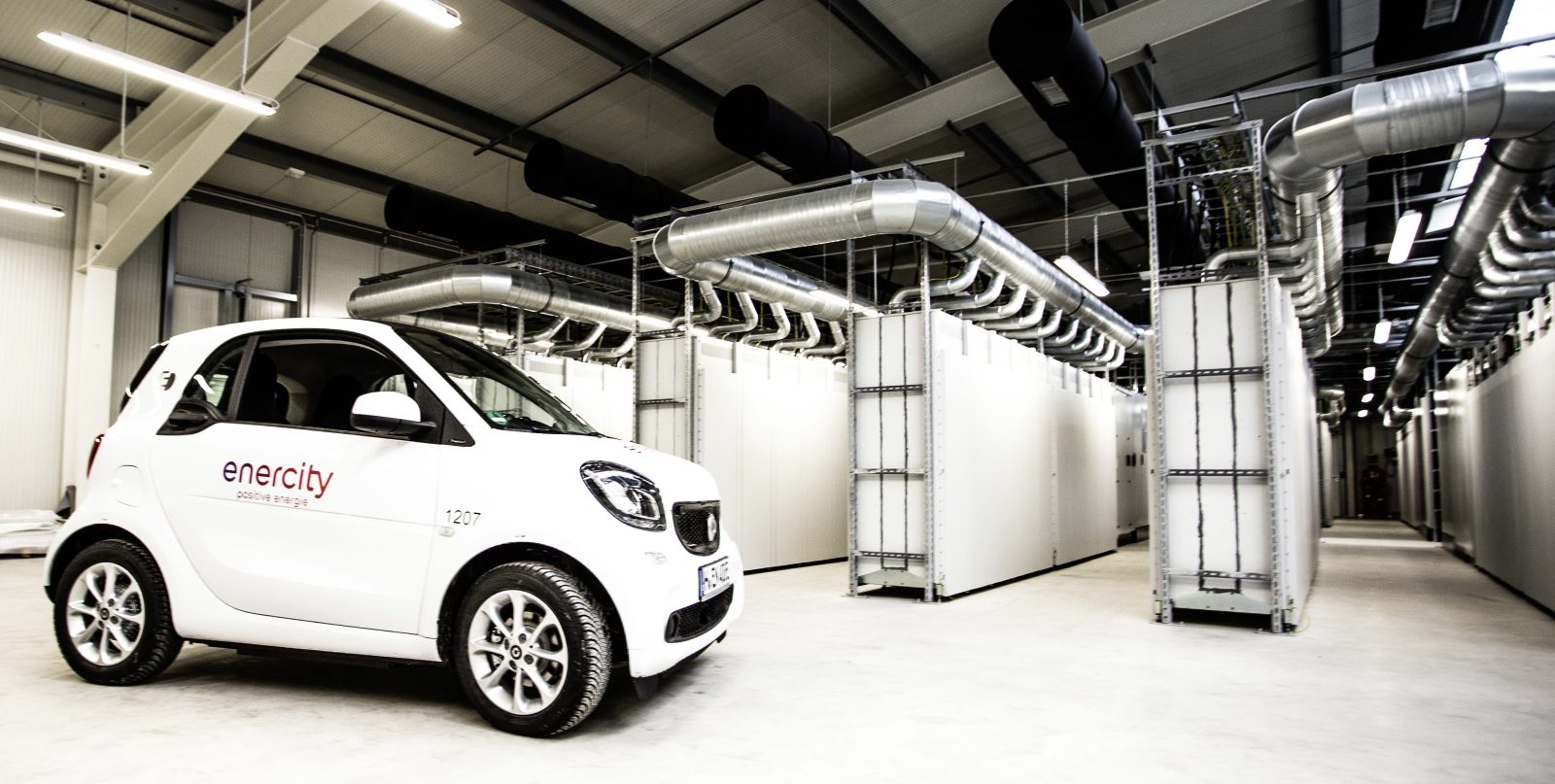 Almost every automaker working on electric cars is also currently looking at ways to leverage their battery technology development into other products. It started with Tesla’s launch of ‘Tesla Energy’ in 2015 and now BMW, Renault, Nissan, and several others have also launched similar products or even new energy divisions.

The German automaker is putting aside 3,000 battery modules from its production for the third-generation smart electric car toward a new energy storage facility managed by enercity, a German electric utility, in Herrenhausen.

They have already installed 1,800 battery modules out of the total 3,000 and they announced today that they brought the system online.

It is being used to balance out the important amount of solar and wind energy on the German grid:

“In the event of increasing fluctuations in electricity feed-in from renewable energies such as wind and solar energy, such storage units help to ensure optimum balancing of the grid frequency, which must be constantly stabilised. With their storage capacity, they balance the energy fluctuations with virtually no losses – a task which is currently predominantly performed by fast-rotating turbines, rotating masses in large power stations. Around half of the planned system strands is already coupled with the network with an output of 5 MW.”

The system is modular so it can already be online and Daimler can gradually add battery packs to increase the capacity. Here’s what the project looks like now:

Once completed with 3,000 batteries next year, the system will have a total energy capacity of 17.4 MWh – making the project one of the biggest stationary energy storage systems with li-ion batteries in Europe.

The battery packs are made by Daimler’s Accumotive subsidiary, which unveiled its own new battery Gigafactory for electric vehicles in Germany earlier this year.

The concept is starting to become popular with automakers, but Daimler seems to be taking it more seriously with its battery factory and now ‘Mercedes-Benz Energy’.

Earlier this year, they also unveiled their own home battery pack to compete with Tesla’s Powerwall. There’s no doubt that this space is going to be a lot more competitive in the next few years.