Elon Musk said last week that Tesla would accelerate its effort to help bring power back to Puerto Rico after sending a few hundred Powerwall battery packs to the island where the electric grid was destroyed by hurricanes last month.

Now we learn that Tesla is indeed stepping it up with now a new shipment of Powerpacks.

Tesla’s Powerwall is useful to bring individual rooftop solar installations back online for homes and small businesses, but Tesla’s Powerpack has the potential to bring larger parts of the grid online by working with the electric utilities and combining the energy storage systems with solar farms or other renewable energy sources.

Now several Tesla Powerpacks were spotted at the San Juan airport in Puerto Rico over the weekend (pictures via José Valiente): 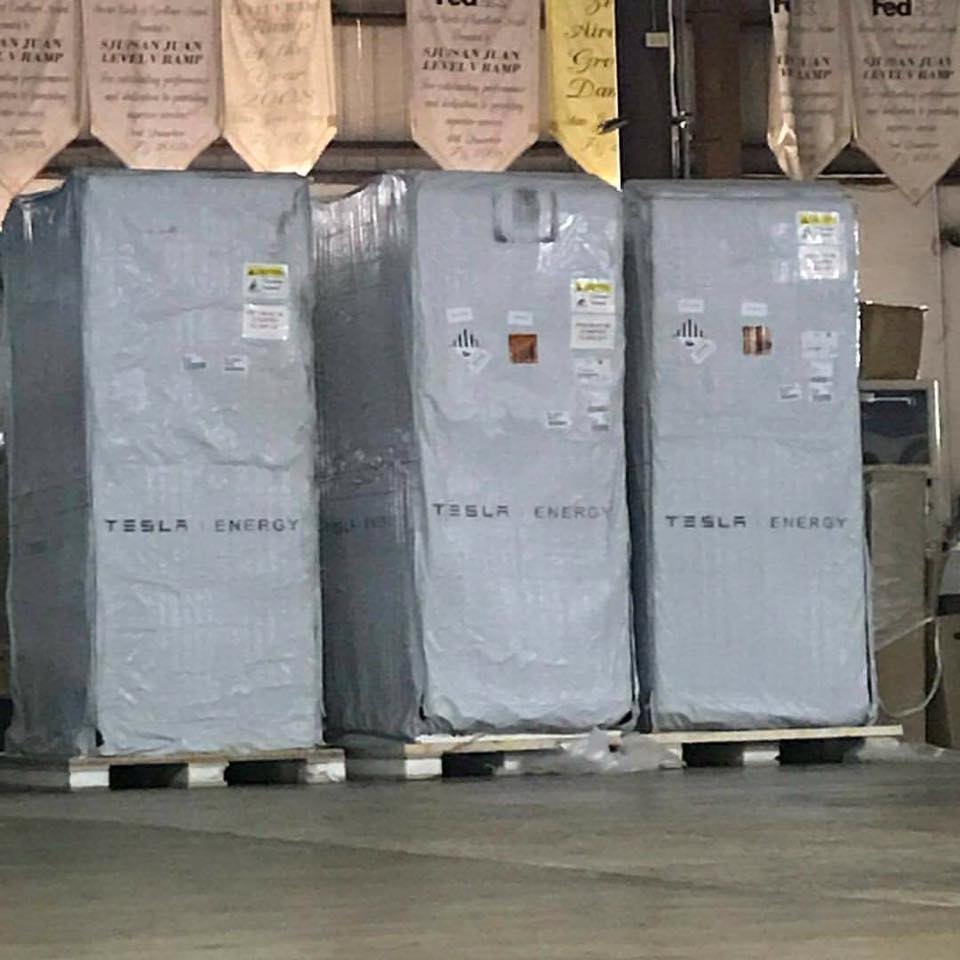 The new shipment arrived not long after Musk spoke with Puerto Rico Governor Ricardo Rossello last week to talk about ways for Tesla Energy to help rebuild the power grid destroyed by the two hurricanes that recently hit the Caribbean.

Musk wrote on Twitter last week that they will first focus on helping hospitals and medical centers get stable power as less than 20% of the island currently has power and some regions are still looking at months without power.

But Tesla is looking to work with Puerto Rico beyond short-term solutions and actually try to rebuild the grid to be more resilient with solar power and energy storage.

Here are our previous reports on the effort for more details: