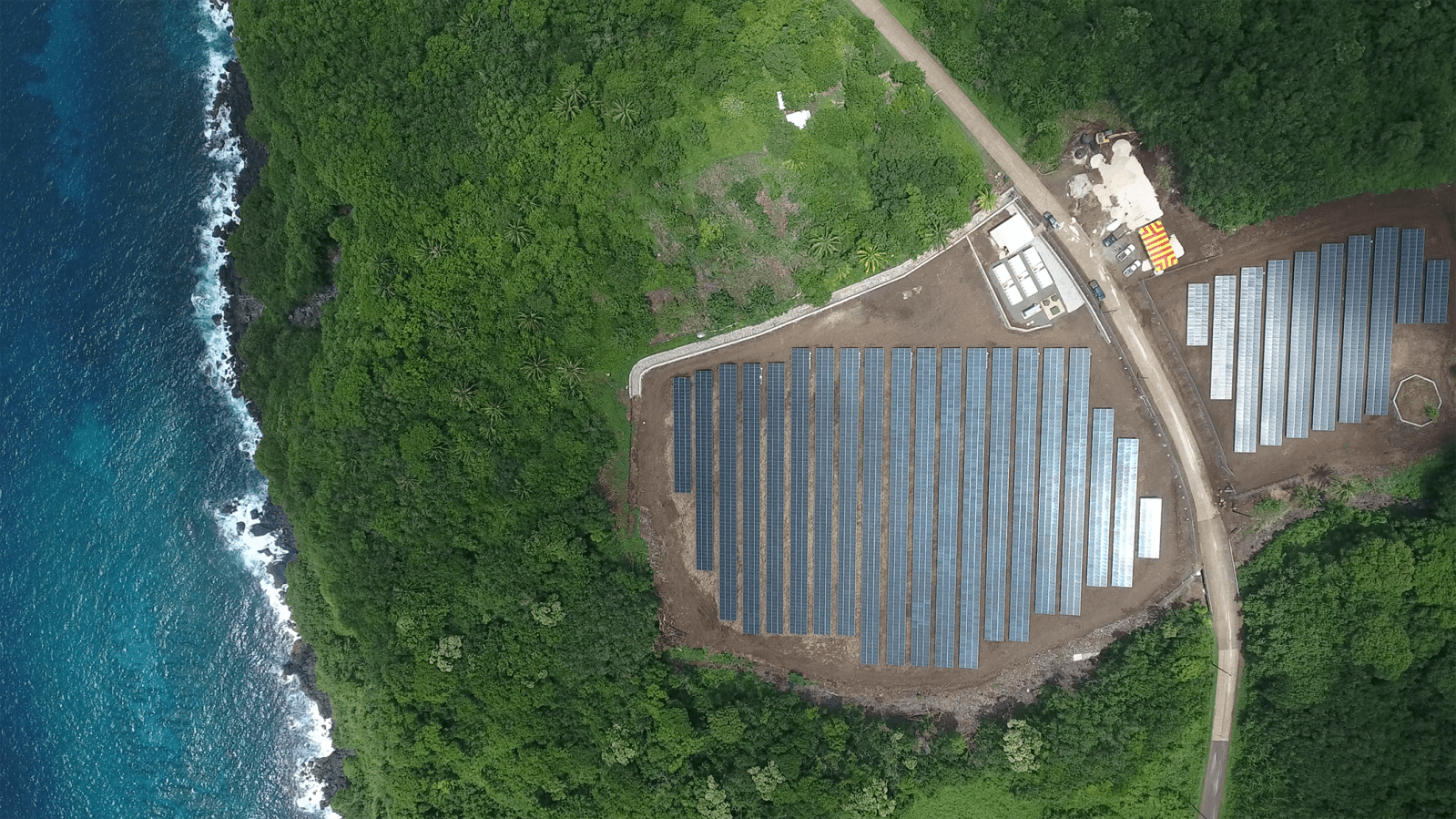 After Puerto Rico was hit by two hurricanes back to back in just a few weeks, along with other islands in the Caribbean, most of their power grid was completely destroyed. Tesla quickly started quietly shipping Powerwalls there to try to get power back on to some houses with solar arrays.

Puerto Rico’s electricity rates were already quite high at around $0.20 per kWh and reliant on fossil fuels.

After it was pointed out that Puerto Rico’s destroyed grid is an opportunity to build a better one, Musk wrote on Twitter:

“The Tesla team has done this for many smaller islands around the world, but there is no scalability limit so it can be done for Puerto Rico too. Such a decision would be in the hands of the Puerto Rico government, PUC (Public Utilities Commission), any commercial stakeholders and, most importantly, the people of Puerto Rico.”

@elonMusk Let's talk. Do you want to show the world the power and scalability of your #TeslaTechnologies? PR could be that flagship project. https://t.co/McnHKwisqc

Musk is referring to solar and battery projects that Tesla recently deployed on other islands, like Tesla’s visually stunning Powerpack and solar project in Kauai and a battery and solar microgrid on an island in the American Samoa.

Those projects power grids for much smaller populations, but Musk has always said that it’s scalable to support much larger islands, like Puerto Rico, and ultimately entire continents, which are just like big islands to a certain degree.

The thing is that those systems are still reliant on power lines for larger communities and devices, like solar panels and wind turbines, that are still subject to problems with natural disasters.

For example, some of Puerto Rico’s solar and wind farms were badly damaged by the recent hurricanes which contribute to their current power outages (pictures by Ricardo Arduengo / AFP):

Damaged wind turbines are seen in the aftermath of Hurricane Maria in Naguabo, Puerto Rico on October 2, 2017. President Donald Trump strenuously defended US efforts to bring relief to storm-battered Puerto Rico, even as one island official said Trump was trying to gloss over “things that are not going well,” two weeks after devastating Hurricane Maria left much of the island without electricity, fresh water or sufficient food. / AFP PHOTO / Ricardo ARDUENGO (Photo credit should read RICARDO ARDUENGO/AFP/Getty Images)

The advantage of Tesla’s solution is that it has the potential to be distributed, which increases the odds of at least some systems staying online or bringing some back online quicker.

That’s why Tesla is currently shipping Powerwalls, Tesla’s home battery pack, in Puerto Rico since homeowners with existing rooftop solar installations that are still in place can connect to the battery packs instead of the grid and power their homes.

Though it’s not without issues. Tesla sent the battery packs, but after speaking with locals trying to get them installed, Electrek learned that local installers are difficult to reach and some are charging as much as $12,000 for a Powerwall with the installation. On its website, Tesla writes that a “typical installation cost ranges from $800 to $2,000” and the Powerwall costs $6,200 with the supporting hardware.

We are talking about some singificant premiums charged by third-party installers on the island. Some locals are turning to car batteries and inverters, which have become extremely rare and are not a great solution.

In conclusion, while the destruction of the island’s power grid is indeed an opportunity to build a better one, the people of Puerto Rico are understandably a lot more concerned with short-term solutions at the moment.

If you have ideas, please let us know in the comment section below.