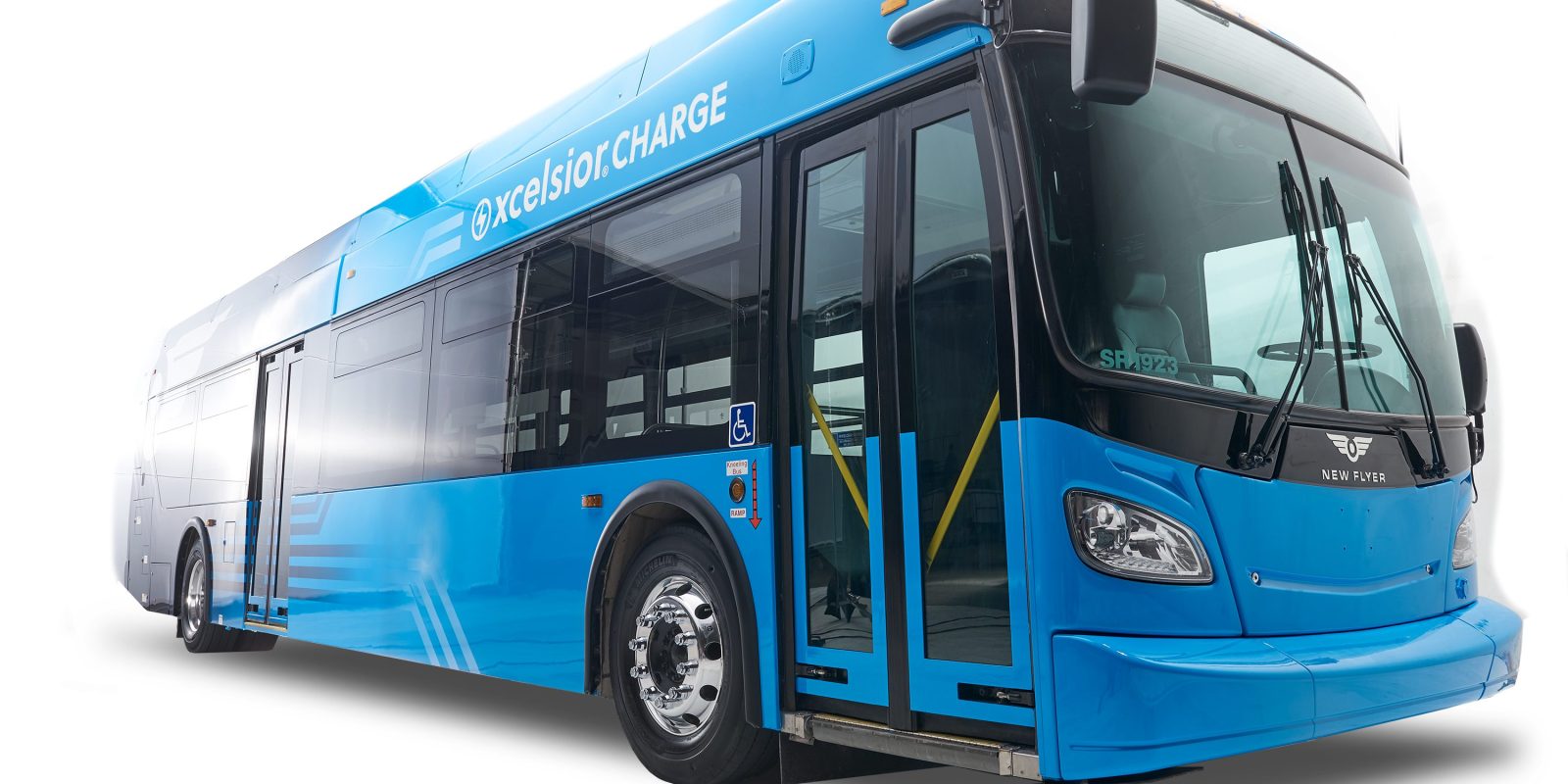 The Los Angeles County Metropolitan Transportation Authority (LACMTA or “LA Metro”) has been updating its fleet with new electric buses. Earlier this year, it placed an order for 60 new BYD all-electric buses, which was a significant order.

Now we learn that they are making an even bigger order of 100 new all-electric buses from New Flyer, which just unveiled its new Xcelsior all-electric bus with up to 600 kWh battery packs.

It’s part of LA Metro’s commitment for its transit to go all-electric by 2030.

Los Angeles Mayor Eric Garcetti, Chair of the Metro Board, commented on the announcement:

“Metro is fully committed to improving the health of people across the region – and these new electric buses will help improve air quality and reduce noise pollution. As the largest transit agency in the country to commit to a fully electric fleet by 2030, Metro continues to serve as a global leader for sustainable policies, all while creating good-paying local jobs.

Along with the new order, New Flyer, the biggest transit bus maker in North America, unveiled its next-generation Xcelsior all-electric buses – pictured above.

The new version is called ‘Xcelsior CHARGE’ and it is available in 35, 40, and 60-foot articulated bus transit models:

“Passengers on the battery-electric Xcelsior CHARGE™ will experience the quietest and most accessible transit bus ride available, with improved step height, expanded front door width, the best entry ramp ratio (1:7) in the industry for passengers with mobility assist devices, and best-in-class passenger carrying capacity (up to 83 passengers – seated and standing). All accomplished by optimized battery placements to comply with maximum gross axle and gross vehicle legal weight limits. The Xcelsior CHARGE™ extended range configurations allow for up to 600 kWh battery capacity obtaining realistic transit ranges of over 200 miles on single charge based on Federal Transit Administration test protocol.”

The new buses will be deployed on LA Metro’s Orange Line as part of the new order.

The competition is starting to heat up in the electric bus space. Proterra also recently unveiled a new dual motor all-electric drivetrain for buses. Hyundai recently entered the market with an all-electric bus capable of 180 miles of range on a 256 kWh battery pack.

Between them, BYD, Volvo, New Flyer and others, transit agencies have a wide variety of options to convert their fleet to all-electric propulsion and achieve significant gas and maintenance savings.

Proterra’s CEO recently said that electric buses are now cheaper than diesel/CNG and could dominate the market within 10 years – ahead of current predictions for passenger electric car adoption. It looks like he might be right.