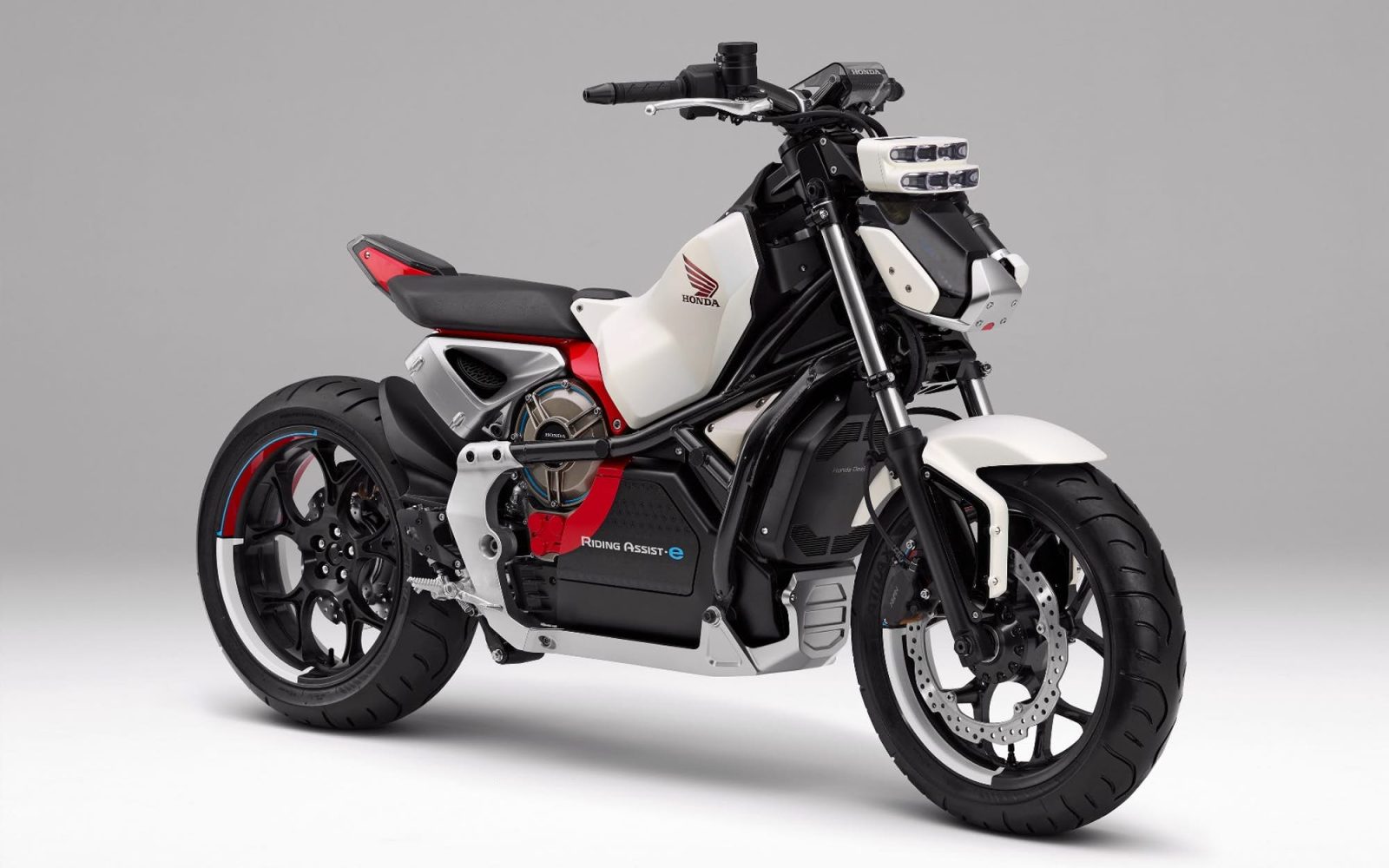 At the upcoming 45th Tokyo Motorshow (October 27 to November 5), Honda will introduce their new ‘Riding Assist-e’ self-balancing motorcycle. As the name suggests this motorbike is aimed at motorcyclists who are just starting out and are still getting used to riding on two wheels. To make it easier for the rider, Honda lowered the seat, the center-of-gravity and added self-balancing technology without the use of a gyroscope. Take a look at the video below to see what a difference that makes.

Honda’s self-balancing technology, which apparently is derived from its ASIMO robot and its self-balancing scooter called the UNI-CUB, only operates at very low speeds. At higher speeds, you would want to be able to lean the bike into the turns and any self-balancing technologies are no longer needed unless it would aid in crash prevention. Honda Riding Assist technology does not use traditional gyroscopes for its self-balance since they tend to add a lot of weight. Instead, Honda’s system uses minute steering movements to balance the motorbike.

As of yet, very little is known about this fascinating bike and if it is up to Honda that will probably stay that way until October 25th, when they show the bike to the media at the Tokyo Motorshow.

Looking closely at the photos we can learn a few things though:

Previously we wrote about Lit Motors and BMW both presenting self-balancing two-wheelers. From Lit we know that the tech consists of two control momentum gyroscopes (CMG), which uses gyroscopic torque to keep its two-wheeled vehicle in an upright position at a complete stop, automatically lean into turns and even counterweight in the instance of a collision. Unfortunately, BMW didn’t elaborate on the technology powering the self-balancing system.

All in all, the Honda ‘Riding Assist-e’ bike is a pretty special looking bike. Maybe a little more than just a learner’s bike. We have marked October 25th in our calendar and are looking forward to what Honda has in store for us.