The move results in an increase in the base price of Tesla’s flagship sedan to $74,500.

After we released our report about the imminent discontinuation of the rear-wheel drive option, some speculated that Tesla could be changing the price of the dual motor option, but Tesla didn’t touch the pricing of other trims.

The least expensive version of a custom Model S is now the dual motor with a 75 kWh battery pack: Model S 75D. It starts at $74,500 before delivery fees, which is $5,000 more than the now discontinued rear-wheel motor option.

As we reported last week, while Tesla stopped taking new custom orders for the rear-wheel motor option as of Sunday, they are still making the car for new inventories until it doesn’t have any more orders to make. 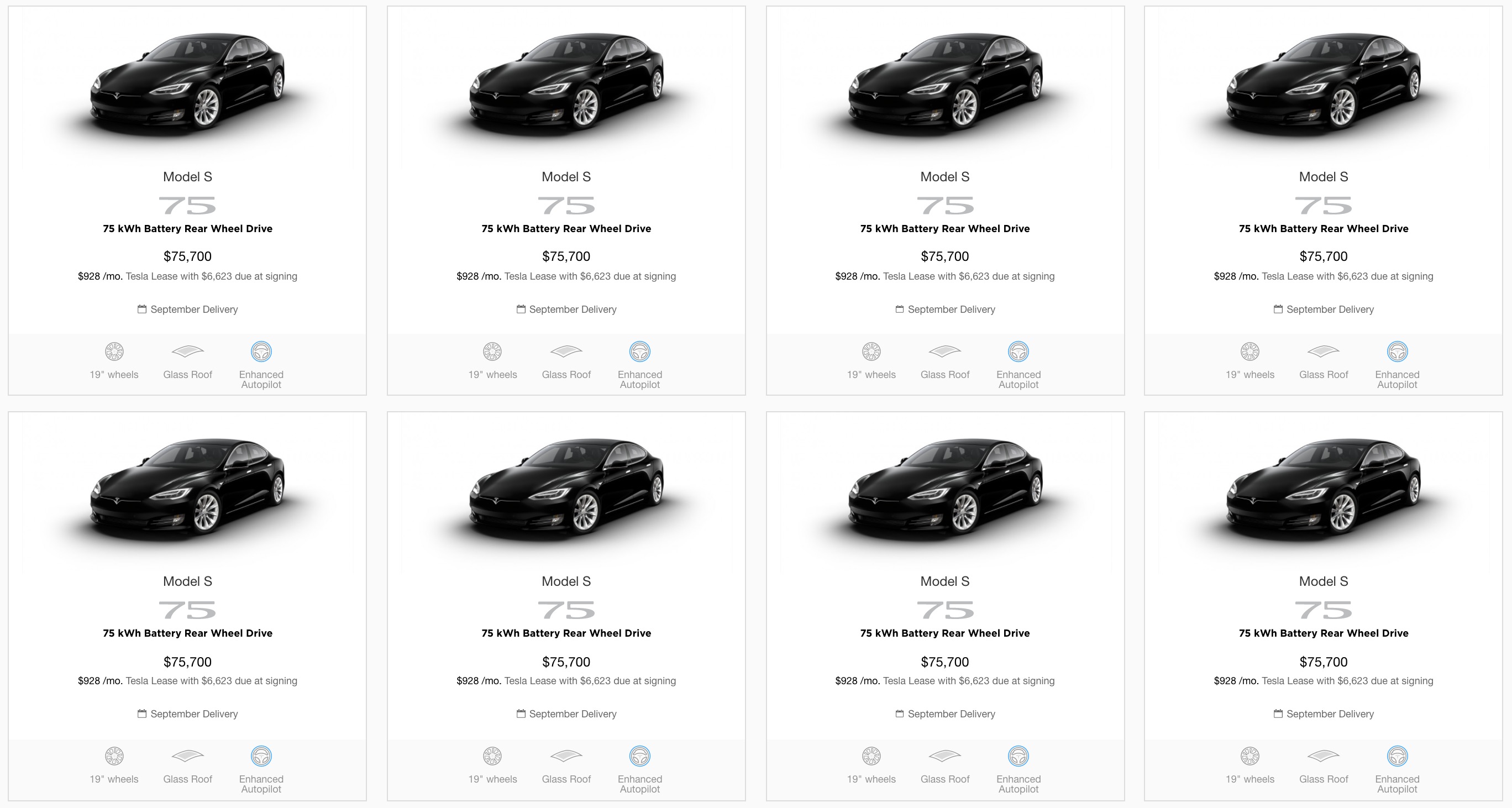 Those vehicles are sold as “showroom floor models”, but they are mostly new vehicles with very low mileage that have just been manufactured. They are still eligible for EV incentives, like the federal tax credit in the US, and Tesla lets buyer apply a referral code for a $1,000 discount and free unlimited access to the Supercharger network, unlike with the “used cars”.

Tesla seems to have configured most of those new Model S 75 vehicles with the same options like Enhanced Autopilot and the same Dark Ash Wood Décor with Dark Headliner interior.

A few more Model S 75 vehicles were also produced with the premium interior and a few other options – bringing the price to over $80,000 before incentives.

As we reported last week, the move appears to have something to do with better differentiating the base version of Model S with the new Model 3, which is now the only Tesla model offered with a single rear-wheel drive motor.

But the timing also suggests that it’s to help Tesla finish the quarter strong with new inventory cars that they can sell and deliver quicker than custom ordered ones.

We will know if it worked next week when Tesla releases its delivery numbers for the quarter. Tesla guided Model S and Model X deliveries of over 47,000 units for the second half of the year, which would mean that they need to report about 23,500 vehicles to be on track. They also guided about 1,500 Model 3 units during the period.