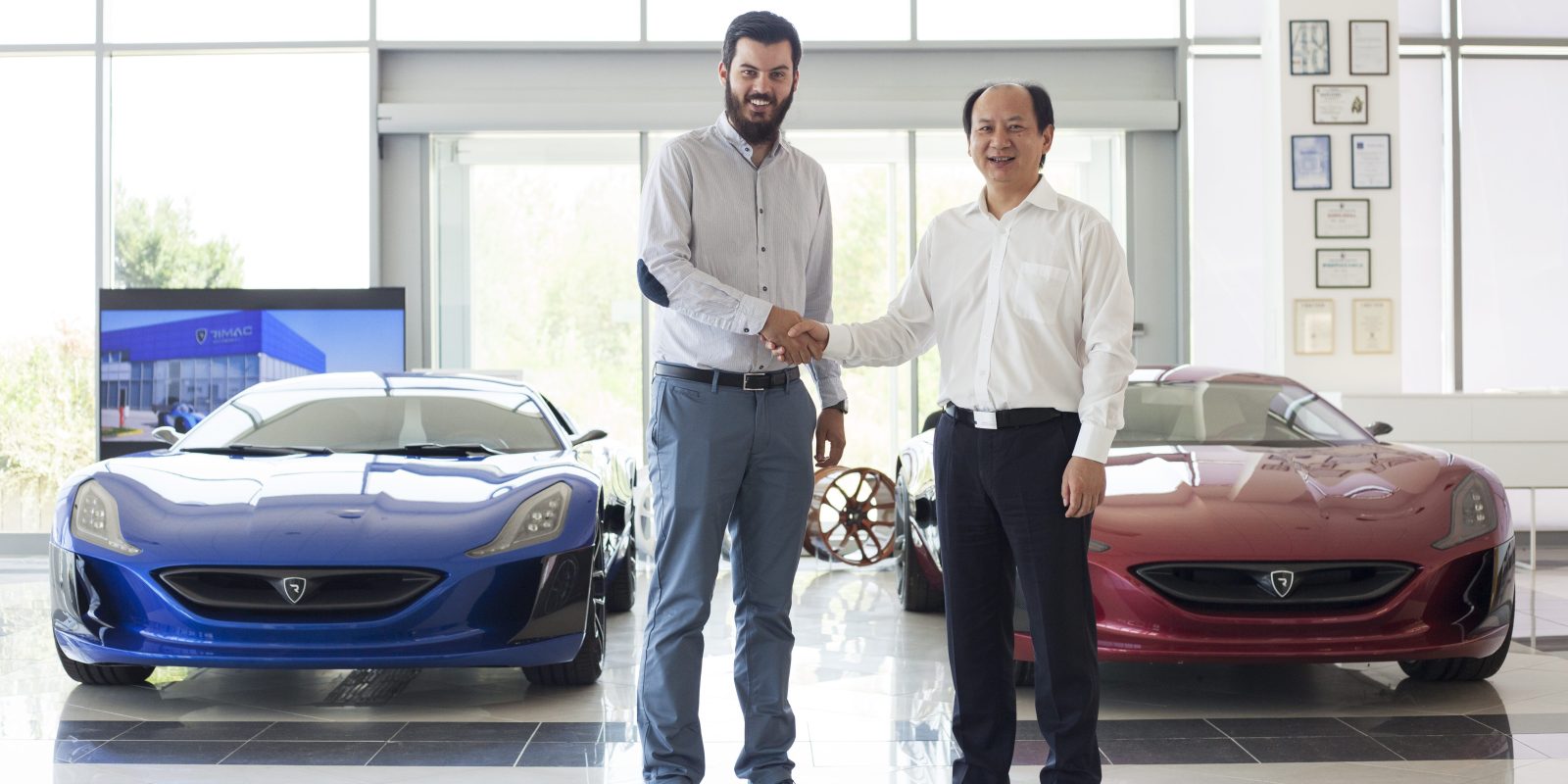 Rimac, the company behind the incredible Concept_One all-electric hypercar, has just announced a deal with Camel Group, who bill themselves as “Asia’s largest battery manufacturer,” with the latter investing 30 million Euros ($36m) into the Croatian EV startup.  Rimac will use the money to expand their production facility and also work on the next generation of their hypercar.

This isn’t the first partnership Rimac has undertaken.  While they do much of their own work – their car business is highly vertically integrated, designing and building their own battery packs and motors along with their car chassis – they’ve also positioned themselves as a supplier for other companies looking to get into the EV business.  They’ve already got a thriving business supplying some OEMs, like Koenigsegg and Aston Martin.

Camel Group claims to be “Asia’s largest battery manufacturer,” with $1.1 billion in yearly sales, though it’s not clear which metric they’re using to measure size (their website further specifies their claim to be the “largest SLI battery manufacturer in Asia,” which are automotive 12v batteries).  Their main business is lead acid automotive batteries, though they also produce large amounts of lithium-ion batteries and are involved in battery recycling. Their CEO, Liu Changlai, states that Camel’s intent is “to move aggressively into the New Energy Vehicle Business,” wanting to supply vehicle manufacturers in China with powertrain systems for electric cars.

Given Camel’s business in cell manufacturing and Rimac’s expertise in battery pack and drivetrain engineering, the companies seem a good match for this goal.  They have certainly been working on this deal for a while, but timing seems very opportune given that just over a week ago we heard that China is considering a deadline to go all-electric, which means Chinese auto manufacturers are going to need to find drivetrains and battery packs quickly if they want to get ahead of the planned transition.

Rimac is a private company, and thus we can’t be sure how profitable they are as a supplier, but with the high-profile contracts they’ve managed to attain and this new investment from a large and relatively well-established company, their fortunes do seem to be looking up. While they may not have the global profile of that other EV startup we’ve all heard about, this investment seems to be a big step up from the last investment round we know of – their Series A in 2014, where the company raised 10 million Euros at a valuation of 70 million.

And about that “other EV startup” as Rimac is an EV sportscar company founded just down the road from Nikola Tesla’s actual birthplace, it seems relevant to compare Rimac to Tesla.

Rimac was founded in 2009, 6 years after Tesla’s founding, with a goal similar to Tesla – to show that EVs can compete against and be faster than the best gas-powered sportscars out there.  Rimac, however, started upmarket of Tesla, selling their first car for $1 million rather than $109,000, and is currently more focused on achieving their goal of becoming a Tier 1 supplier for the automotive industry rather than doing it their own way and growing to be a large auto manufacturer and energy company in their own right like Tesla is aiming to become.

There are certainly a lot of “Tesla clones” out there with high-flying promises, some more realistic than others, about how they’re going to change everything with affordable-yet-luxurious cars delivered in high volumes on short timelines.  And nearly every day we see another electric concept which the major manufacturers show little interest in actually putting on the road.

So while Rimac does do the requisite amount of media, car shows, race appearances, etc., to show off their very flashy $1m hypercar, at least they’ve actually made and delivered a product – more than most traditional manufacturers can say.  Meanwhile, they’ve also plugged along developing their engineering talent and signing supplier contracts and partnerships like this one which put them in a good position to provide components to an industry which all too often seems determined to let itself get caught totally unprepared for the shift to electric transport.

In an industry so full of big media events and broken promises, Rimac’s approach is refreshing.

See the full press release announcing the partnership below:

Asia’s largest battery manufacturer – China-based Camel Group Ltd., has entered into a Subscription Agreement with Rimac Automobili, Greyp Bikes and their founder and CEO Mate Rimac concluding the single largest foreign direct investment in a Croatian technology company. Out of the total investment amount, 3 mil EUR will be allocated to Rimac’s sister company – Greyp Bikes. The Investment will be used to fund the launch of new products, extension of production capacity and global expansion of the companies.

Mate Rimac, Founder and CEO of Rimac and Greyp, commented on the fundraising: “Over the years, we have established ourselves as a technology provider and enabler for many global automotive manufacturers. We have become the go-to address when it comes to electric powertrains, batteries, innovative infotainment and telemetry systems and many other core vehicle systems. At the same time, our supercars are redefining what electric vehicles are capable of and showing that the electrified future will be exciting. In contrast to many other companies in this business, we have a working business model – we are profitable since 2012 and doubling every year organically. This investment will help us further accelerate growth, introduce new products to the market and expand our global presence. Two key areas are building a new, state-of-the-art production facility for our technology business and launching our next-generation electric supercar which will be shown to the world next year.”

Liu Changlai, CEO of Camel Group said: “Our strategy is to move aggressively into the New Energy Vehicle Business – providing advanced battery systems, powertrains and other vehicle components to major commercial and passenger vehicle manufacturers in China. After studying the market deeply, searching for a technology partner, Rimac seemed as the perfect match for us – leading the Electric Vehicle technology development in many areas. During our numerous visits to Croatia and detailed Due Diligence, we were most impressed by Rimac’s deep vertical integration – developing and manufacturing all key vehicle systems in-house. It was also impressive to learn that Rimac, as a young company in a very conservative industry, has earned the trust of some of the largest and most prestigious automotive companies. We are excited to use our synergies to deliver world-class Electric Vehicle components and technologies to the market and help accelerate the transition to a fully-electric fleet.