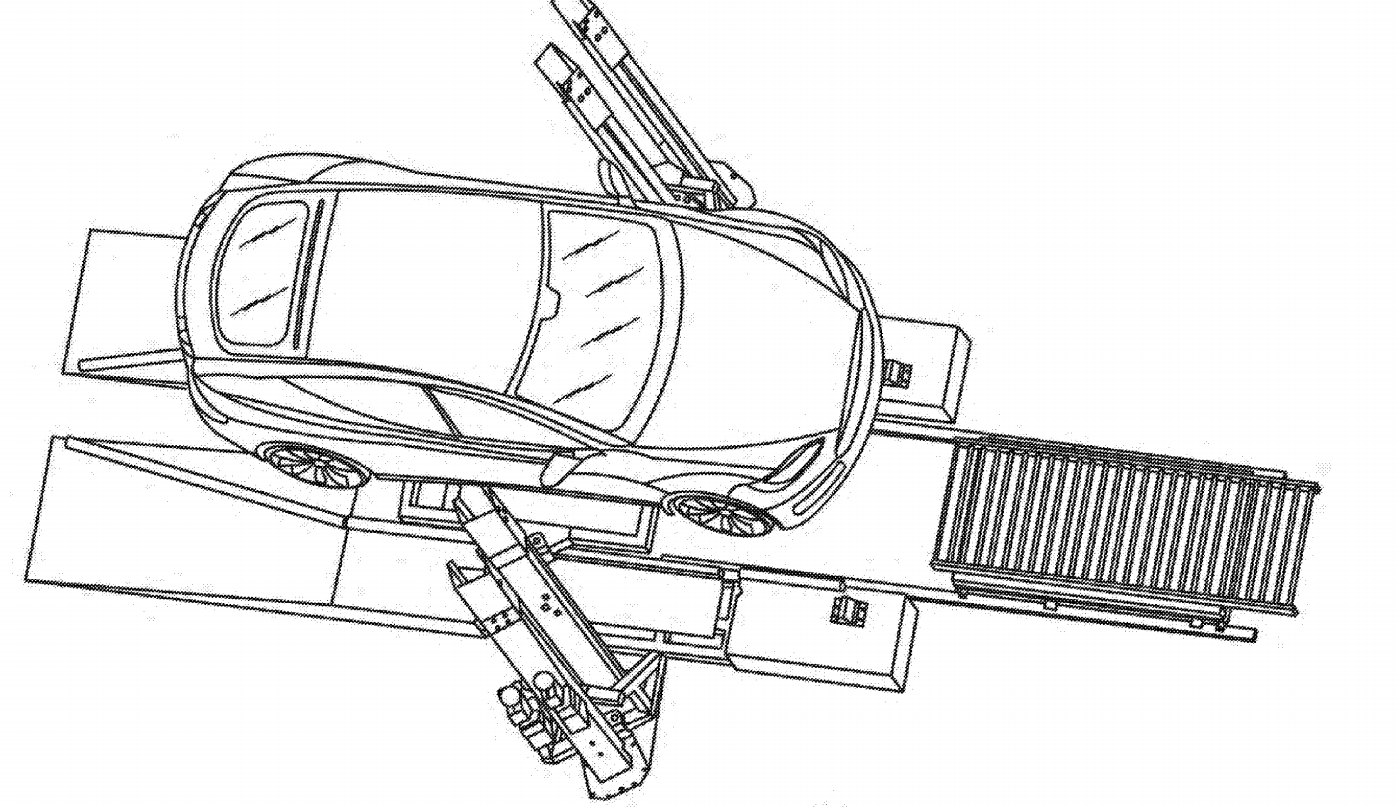 Last time, we heard about Tesla’s battery swap program, we were told that it is still alive, but on the back-burner as Tesla’s EV infrastructure team is focusing on accelerating the rollout of Supercharger stations.

Now it looks like Tesla is still working on the concept as they applied for a new patent on the technology.

Tesla already has a patent on battery swapping, ‘Tesla’s battery swapping magic revealed in new patent application drawings’, but it describes a system that the company built back in 2014 and temporarily rolled out in a station in California.

Not much happened since, but now we learn through a new patent application that Tesla was still working on the technology this year.

In a new patent application filed in May, Tesla described a similar but more compact machine to swap battery packs that can be installed in a building, like Tesla’s last system, but the new one could even be mobile and fit a trailer.

Also, Tesla’s original system was designed to be autonomous while this new one can be operated by technicians:

“In some implementations, the battery swap system is configured for use by one or more technicians, who will monitor certain aspects of the system’s operation and make necessary inputs when appropriate. For example, the battery-swapping system can be installed at a remote location (e.g., along a highway between two cities) and one or more technicians can be stationed at the location for operating the system. This can reduce or eliminate the need for the system to have vision components, which may otherwise be needed to align the battery pack or other components. Using techniques described herein it may be possible to exchange the battery pack of a vehicle in less than fifteen minutes.”

Here are a few drawings from the patent application released yesterday:

As we recently reported in our exclusive report on the Model 3 battery pack architecture, while Model S and Model X’s battery pack has been designed to be easily swappable, Model 3’s pack is more difficult to disconnect and it would be hard to imagine them implementing a service for it.

With this said, Tesla’s original battery swap service was claiming a 90 seconds swap time while this new patent application is talking about “less than fifteen minutes”. Therefore, it’s not impossible that it could also apply to more difficult swaps.

As usual, we suggest taking patent applications with a grain of salt since tech companies often apply for patents on technologies that they don’t end up using.

Tesla currently has a lot of different charging methods in the work, including an automated high-speed Supercharger with external cooling and the “robot-snake charger”. As charging speed increases, it reduces the usefulness of a battery swap system.

Last time Tesla CEO Elon Musk mentioned the battery swap strategy, he said that if Tesla pursues it, it will likely be to support commercial fleets. It led to people speculating that it could be used for the Tesla Semi program, Tesla’s upcoming all-electric truck, but that’s unconfirmed at this point.