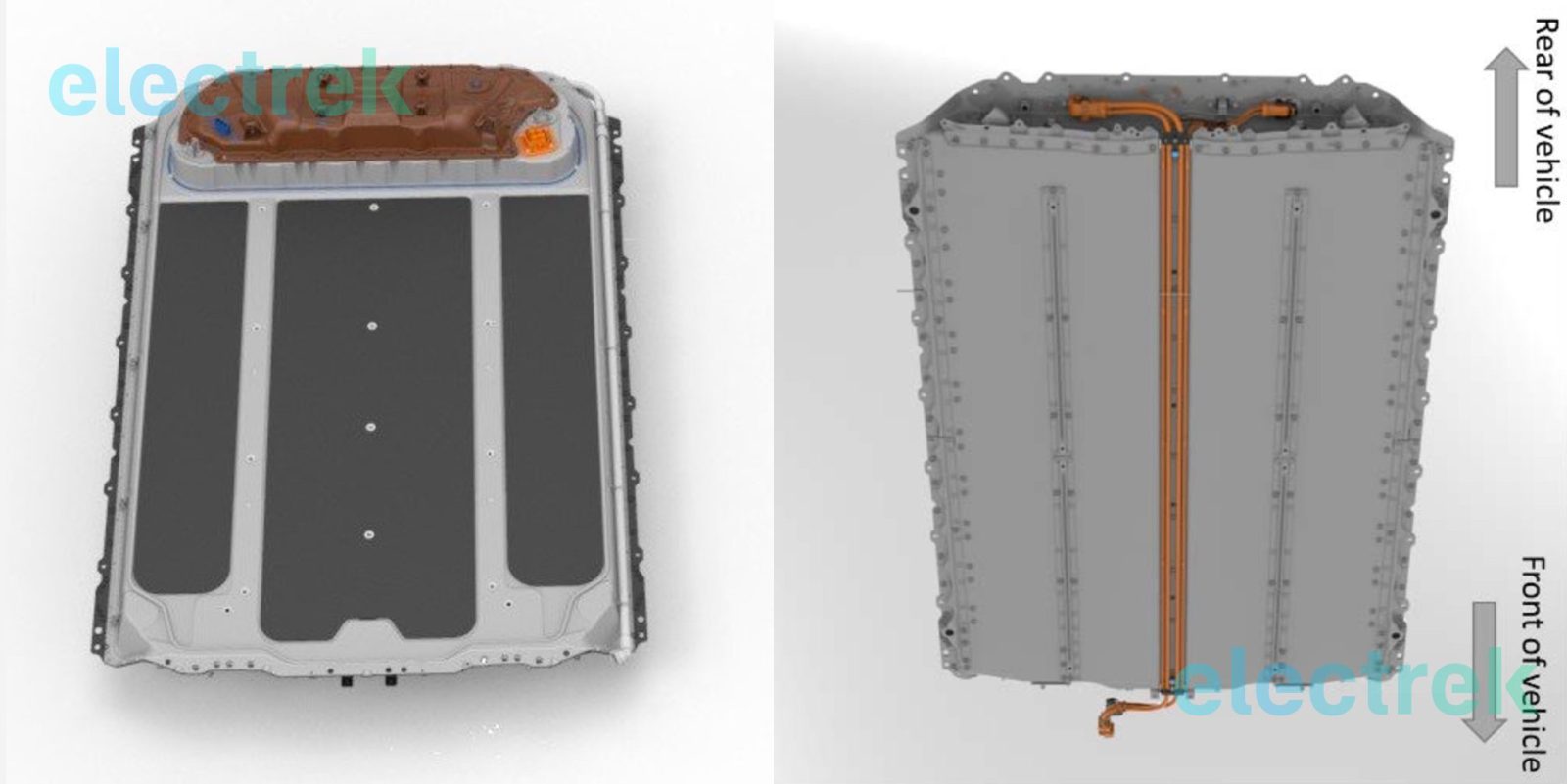 With a starting price of $35,000, the Tesla Model 3 is half the price of the vehicles Tesla is used to designing and manufacturing, the automaker’s flagship Model S and Model X all-electric vehicles.

In order to achieve this more affordable price, Tesla had to design a whole new platform and battery pack architecture.

Today, we get an exclusive first look at this new Model 3 battery pack architecture.

We already know about the new battery cell format, which is arguably the main change. The cells in Model 3 are a different size than in Model S and Model X, which have cells known as “18 650” (18mm in diameter and 65mm long), while Model 3 has larger cells called “21 70” (21mm in diameter and 70mm long)”.

That pack is going into production later this year. Currently, Tesla is producing a 74 kWh ‘long range’ battery pack, which consists of 4416 cells in groups of 46 cells per brick and the same brick distribution in the 4 modules. Here’s a diagram of the distribution of the cells in a Model 3 battery pack:

That’s a big difference with the Model S and Model X battery pack architecture, which has several more modules per pack.

Tesla’s new 100 kWh pack, which is the top-of-the-line for Model S and Model X, has 16 modules with 516 cells for a total of 8,256 cells per pack. You can learn more about the Model S and Model X pack architecture here: Teardown of new 100 kWh Tesla battery pack reveals new cooling system and 102 kWh capacity.

That’s the main difference for the core architecture, but there are also several other more subtle changes that can give us some interesting insights into the new all-electric vehicles.

Unlike the Model S and Model X battery pack, Tesla didn’t make the Model 3 battery pack to be easily swappable. There are bolts, which are only accessible by removing trims from the interior of the car, that need to be removed in order to eject the pack.

It’s probably the last blow to Tesla’s battery swap station scheme, which was put on the back burner last year.

Another interesting point is that the Model 3 pack has no externally accessible high voltage connector other than the charge port, which kills the idea of an autonomous charging access point under the vehicle – something that Tesla has been working on: Tesla patent shows new way to automated high-speed charging with external cooling.

Tesla also designed the Model 3 battery pack to include the charger, fast-charge contactors, and DC-DC converter all in the same package. The packs also already have the necessary connectors for the upcoming all-wheel-drive dual motor option.

The automaker also incorporated some other ingenious designs to save weight and cost.

For example, it got rid of the external battery pack heater and instead, it heats the pack only using heat provided by the powertrain even when the car is parked.

Battery cells need to operate at a temperate core temperature in order to keep their optimal performance, which means that they need to be cooled in warm conditions and heated in cold weather.

Even when parked, Tesla’s software can send a request to the powertrain inverter to start powering up and pass the appropriate currents to the motor in order to produce enough heat to warm the cells – all while not producing any torque so the Model 3 doesn’t move.

Tesla apparently judged the system efficient enough to not include an external battery pack heater in the Model 3 and replaced it virtually entirely through software.

Finally for the more inside baseball stuff, here are the main electronic components of the battery pack: