The current number one priority at Tesla is clearly to bring the Model 3 to production on time with high reliability. We went looking for the most recent building permits issued for Tesla’s Fremont factory to monitor the progress and it’s clear that there has been a lot of activity during the past few months.

It shows that Tesla has been setting up the assembly line for the Model 3 and it even hints at “Tesla automated parking Superchargers”.

Over the months of February and March alone, Tesla was issued 26 building permits to make modifications to its factory at 45,500 Fremont Blvd in Fremont, California, according to Electrek’s search of permits on Buildzoom.

Several of the permits have to do with the production of the Model 3.

Here are a few examples:

They have also obtained permits to anchor a new stamping press line. Here’s the current one: 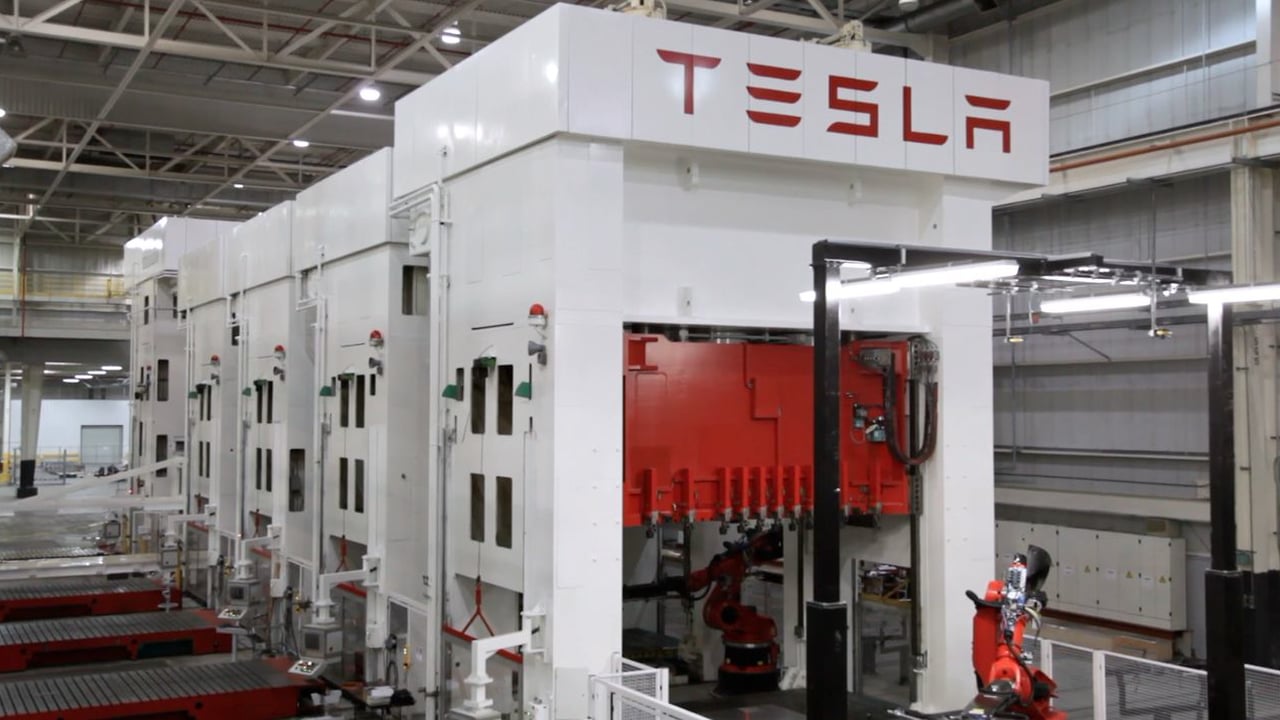 CEO Elon Musk had previously mentioned that the stamping press that they ordered from Schuler could be the biggest bottleneck for the Model 3 at this point.

He later said that he is now confident that they will have the press, but he clarified that it will have to be “operating smoothly” in time:

“We are busy building out the stamping facility right now. The question is not whether the stamping press will be here. It’s going to be here well in advance of the Model 3. But the question is really how long does it take to work out the bugs in the stamping line? And how many iterations does this one have to go through to get it operating smoothly?”

Musk said that he will be overseeing some of the operations himself during the installation.

There’s another permit obtained last month that caught my eye. It made a reference to “Tesla automated parking Superchargers”:

When introducing the second generation Autopilot that Tesla thinks will enable them to reach fully autonomous driving, Musk said that Tesla would need to update its Superchargers so that they would work with autonomous parking.

Tesla’s vehicles will need to be able to go to charging stations autonomously to recharge and since the company doesn’t seem keen on wireless charging, someone or something needs to plug in the connector.

The “robot-snake charger” demonstrated back in 2015 seemed to be an early version of a solution for that problem:

While we haven’t heard much about this project since and we can’t confirm that it is what is referenced in the building permit, Musk did recently confirm that Tesla is working on a “version 3” of the Supercharger.

There seems to be still a lot of work to be done before Tesla can bring the Model 3 to production in July. We also recently reported that Tesla’s ‘Advanced Automation Germany’ is preparing to ship two production lines for Model 3 inverters within the next few weeks. It will be interesting to see if everything can come together in time. Less than 3 months away now.