A week ago, we reported on a Tesla Model 3 going at Tesla locations around the country. It was spotted in Louisiana, where John Biscevic took pictures and sent us a few great shots.

Now the vehicle has made all the way to the east coast, completing a coast-to-coast trip – maybe the first in a Model 3.

As we previously reported, Tesla has been promising test drives to reservation holders and therefore, a fleet is expected to reach more locations in the US, but in the meantime, employees still have the priority for reservations.

Not all of them (Tesla has now over 33,000 employees) had the chance to test drive or even see the vehicle in person yet and therefore, they could use some experience with this engineering car going around the country.

Service and body shop employees also need to familiarize themselves with the new vehicle before customers start taking delivery later this year.

The Model 3 in question, engineering unit VIN #301, was seen around Tesla stores and service locations in Texas and Louisiana, apparently for that reason.

Now the vehicle was spotted by a Redditor in South Carolina yesterday. Billsmitherson shared a picture of the vehicle: 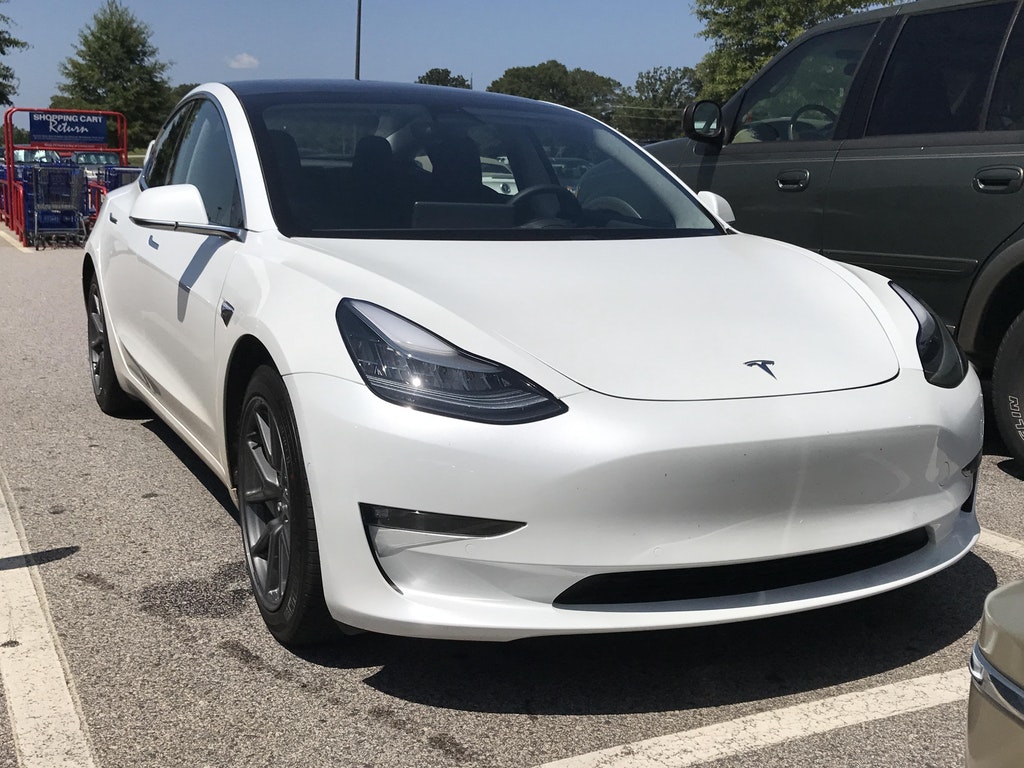 Another Redditor, Saint_d, says that he ran into the engineer driving the Model 3 at a Supercharger earlier:

“I ran into him at the supercharger in Greenville, SC. He’s one of the engineers and it’s actually one of the prototypes not a full production vin, he drove cross country for testing and it will be taken to Florida for longer term testing.”

Well, the good news is that the vehicle made it and in one piece. Unfortunately, we don’t have any details about the performance during that trip.

What we do know is that it was an efficient trip. We reported yesterday that the Tesla Model 3 Long Range version got a leading ‘126 MPGe’ efficiency rating.

It’s also going to be a rare Model 3 on the east coast, but not for long. As we reported last week, Tesla employees on the east coast are now receiving order confirmations for deliveries toward the end of the month. It looks like Tesla plans to have Model 3 vehicles all around the US within the next few weeks.