Tesla bet on efficiency to achieve a long all-electric range on a single charge with the Model 3 and now we get our first look at the EPA rating, which suggests the vehicle could beat some efficiency records.

There was no doubt that the smaller and lighter Model 3 would crush the efficiency of Tesla’s flagship Model S, which achieved an EPA-rated 104 MPGe with its most efficient versions (60D, 75D and 90D).

But it is more interesting to see how it fares with smaller electric vehicles in the same segment.

The Hyundai Ioniq Electric is the undisputed leader with 136 MPGe and as for long range electric vehicles, the Bolt EV, which has 238 miles of range, leads with 119 MPGe.

Now a Model 3 EPA sticker was spotted on TMC and it shows that Tesla’s Model 3 with Long Range battery pack, which has 310 miles of range, hit 126 MPGe (credit picture Zoomit): 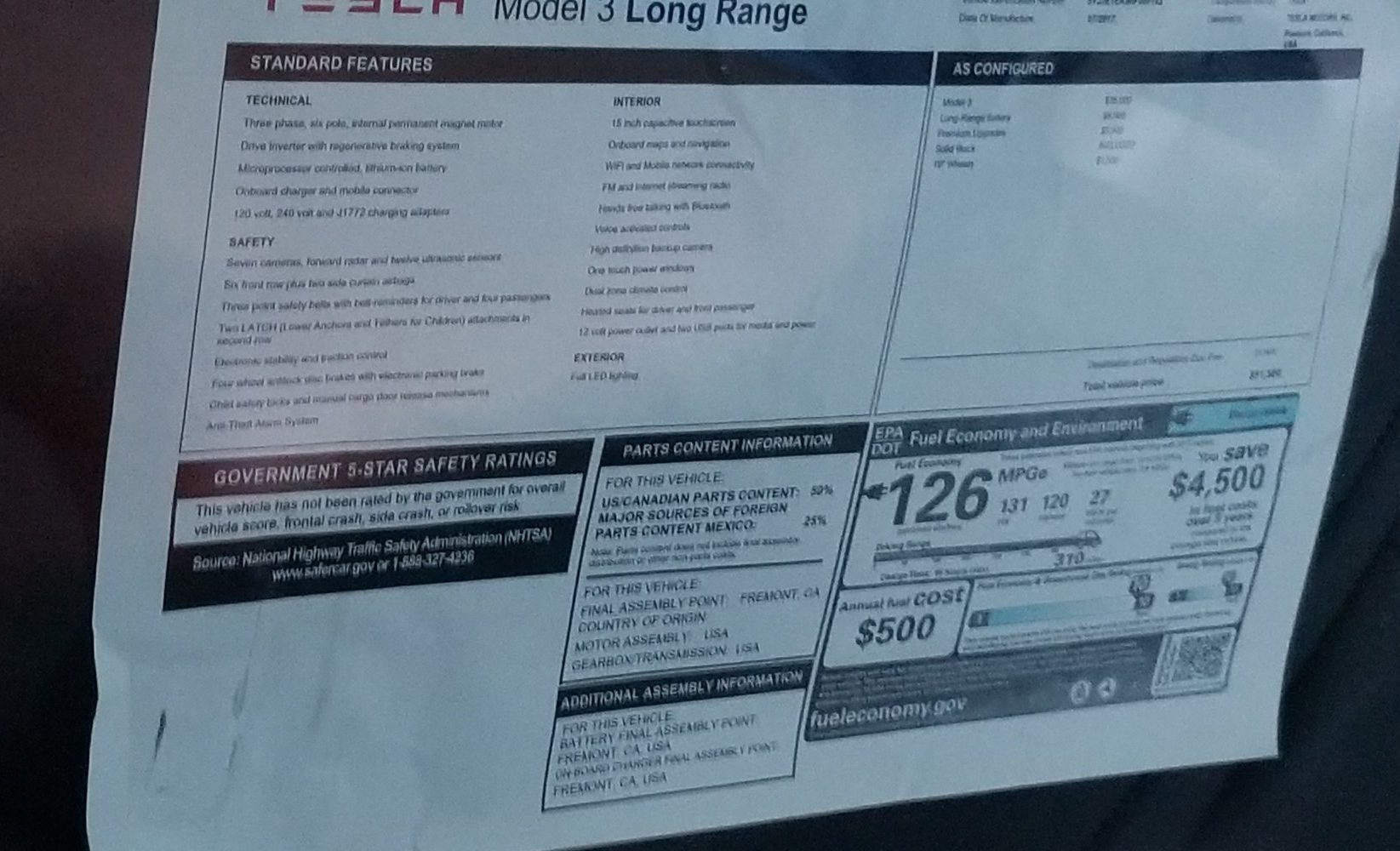 It’s a good result for the bigger battery pack version and makes the Model 3 lead efficiency for electric vehicles with a range of over 200 miles.

But it also bodes well for the smaller battery pack version, which should prove even more efficient.

As we reported in our recent report “Tesla Model 3: Exclusive first look at Tesla’s new battery pack architecture“, the Model 3 will be available (currently only the long range option is in production) with ~50 kWh and ~75 kWh battery packs.

The smaller battery pack version reduces the overall weight of the car by roughly 7%.

It’s unlikely to beat the Ioniq Electric’s record-beating 136 MPGe, thanks to its ridiculously small 28 kWh battery pack, but it should come close.

Tesla plans to start standard Model 3 battery pack production in November and we should likely have a better idea of its efficiency then.

The Monroney Sticker also confirms what Tesla CEO Elon Musk announced at the launch in July, that the Model 3 is mostly made in North America with 50% of the parts in the US and Canada, as well as another 25% in Mexico.