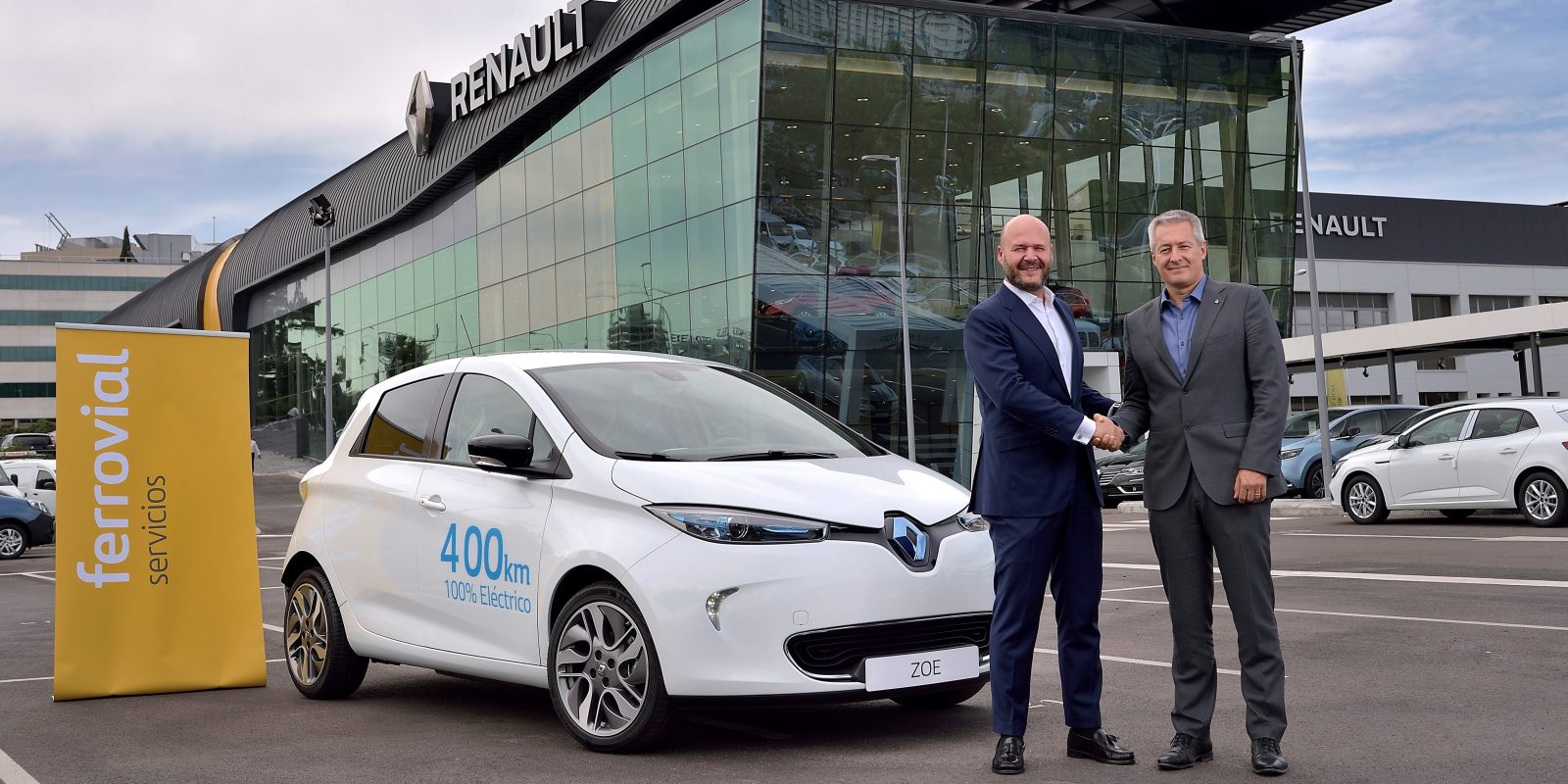 Renault has no problem selling its all-electric Zoe with a 49% sales jump in Europe earlier this year, but it’s about to deploy a bunch more in a single move through a new car-sharing service in Madrid.

The French automaker plans an initial fleet of 500 electric vehicles by October.

They partnered with Ferrovial Services, a major infrastructure company in Spain, to offer the new service called ‘Zity’:

“This new car-sharing service in Madrid will become a reality thanks to the expertise of 2 leading companies Zity combines Ferrovial Services’ capacities in the area of municipal services and environmentally-friendly solutions with Renault’s experience as Europe’s foremost supplier of electric cars and a leading brand in the field of sustainable mobility. The Madrid car sharing service will use the new ZOE. It is currently the only mass-market electric car on the market to offer an NEDC range of 400km, equivalent to about 300km in real-world conditions, thereby extending range and usage time and adressing an even larger number of users.”

That’s a significant electric car fleet and interestingly, Madrid already has a few of those.

Tesla expanded its retail presence in Spain with new stores in Madrid and Barcelona around the same time.

Electric car sales in Spain are on the rise, but they still represent only a small fraction of overall car sales. BMW i3, Renault Zoe, and Nissan Leaf, are the most popular vehicles, but the 500 new Zoes for the new car-sharing service will more than double Renault’s entire Zoe sales for the year with this single fleet.