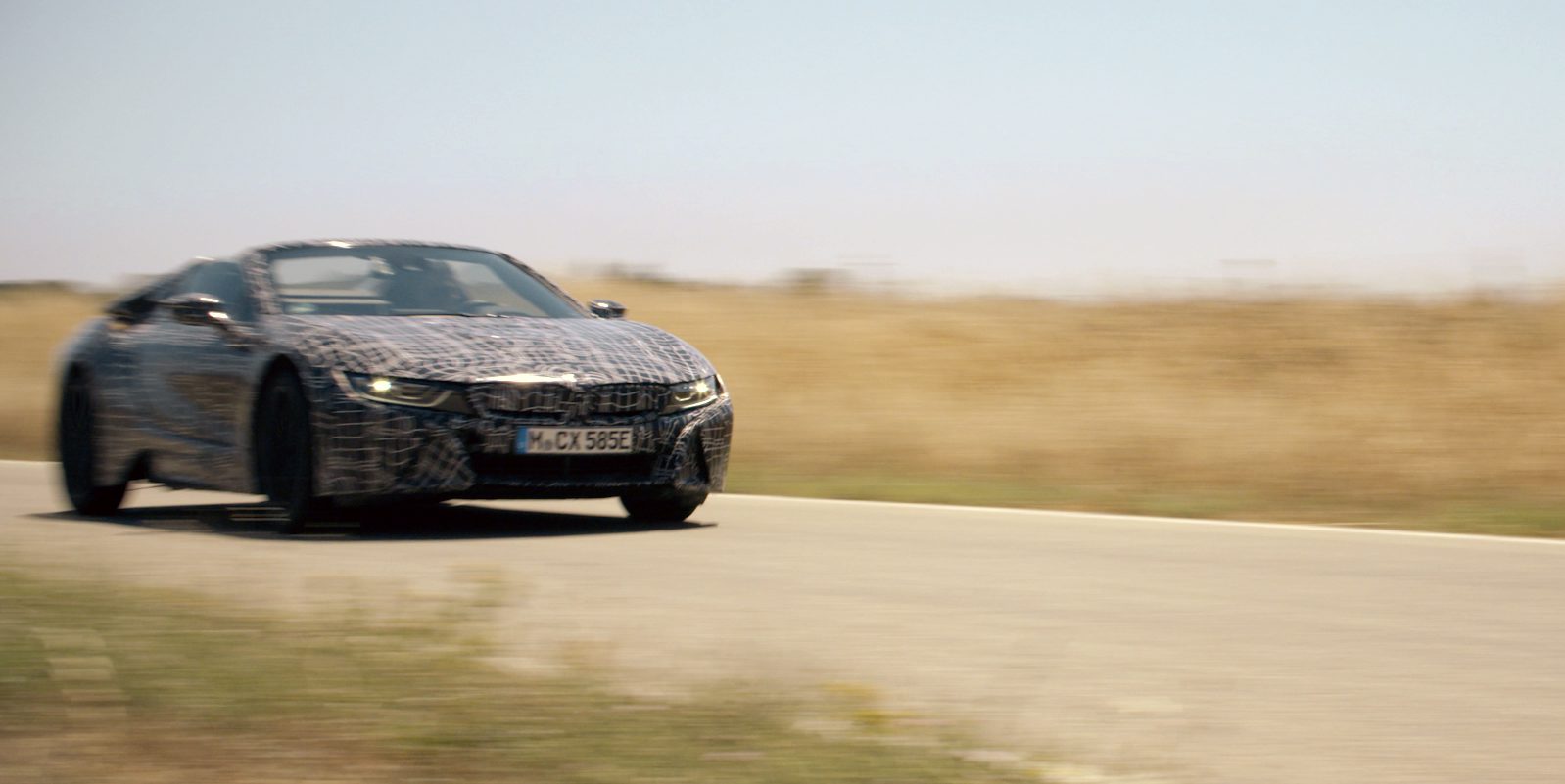 BMW is about to unveil its new roadster version of its BMW i8 plug-in hybrid and today it released new teaser images of the vehicle and preliminary energy consumption figures.

As we previously reported, while the i8 is part of the German’s automaker ‘BMW i’ brand, which it presents as its electric brand, the vehicle is more aligned with the company’s ‘eDrive’ plug-in hybrid vehicles.

For the 2018 Roadster version, the automaker now refers to the powertrain as a BMW eDrive

After releasing the first teasers for the new vehicle last month, BMW has released new images of the 2018 BMW i8 Roadster today:

While the company has yet to confirm the specs for the new version of the vehicle, fans of the BMW i8 are hoping that it will feature an updated powertrain – likely with a new battery pack leveraging the recent upgrades made in the all-electric BMW i3.

There have been some rumors of BMW bringing an all-electric powertrain to the i8, but it doesn’t look like it will be for the 2018 version.

The vehicle was first presented as a performance electric vehicle, but it was in many ways outshined by Tesla’s Model S even though the latter is a much bigger family sedan.

It will be interesting to see if BMW can manage to match some of the performance with this new version of the car.

They also have a new video of the vehicle on the road:

Last month, BMW announced a new car architecture to enable ‘electrification of every model series’, starting with all-electric Mini. The German automaker clarified its plan for electric vehicles, which will start to ramp up in 2019, says the company.