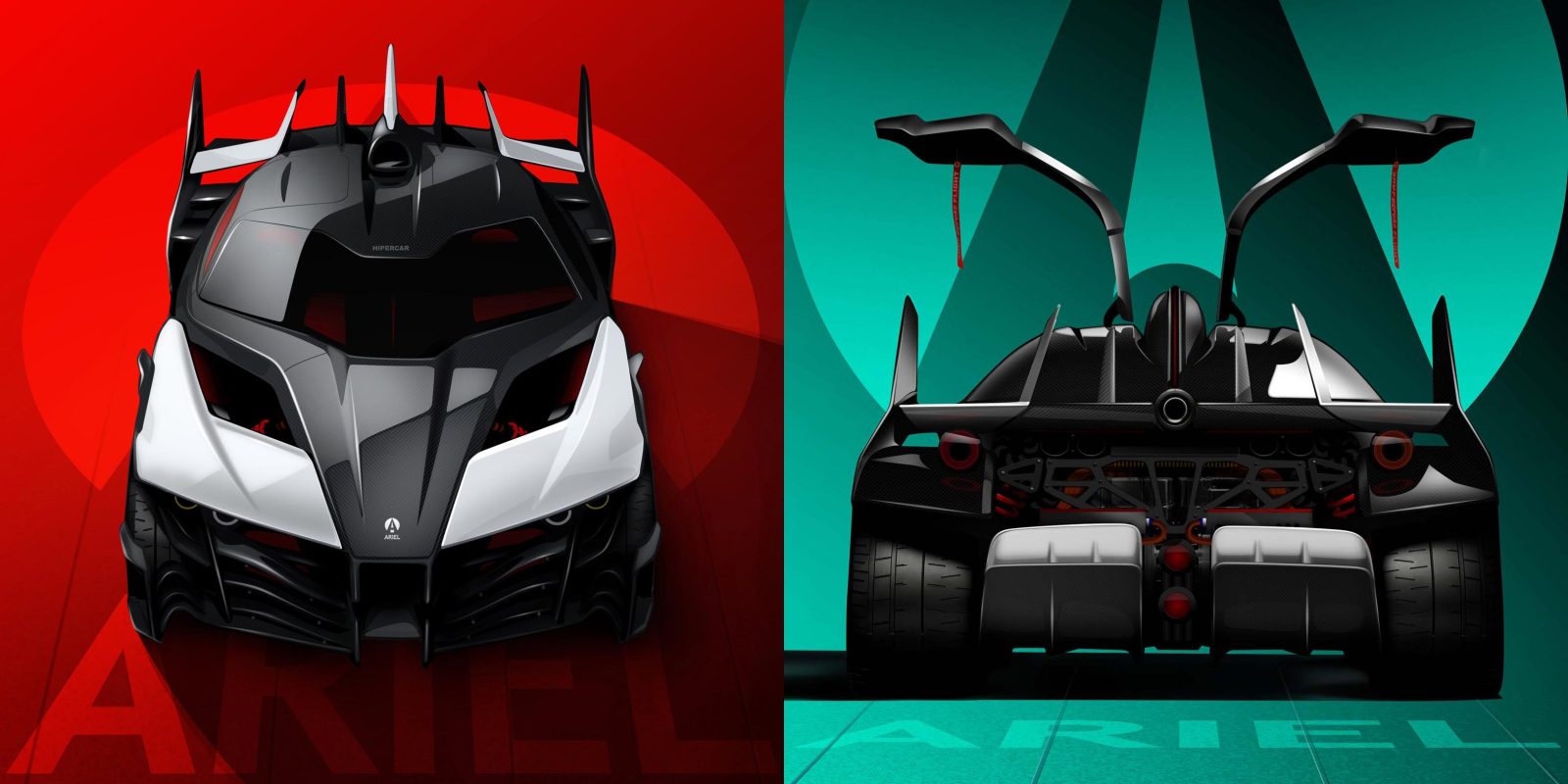 The HIPERCAR’s powertrain is interesting, given that the big three “£1m+ supercars” on the road today – the McLaren P1, Porsche 918 and Ferrari LaFerrari – have all gone hybrid, but all primarily use the engine to drive the wheels, with electric motors being used for low-end torque and to fill in gaps in the engine’s torque curve.

HIPERCAR, in contrast, is fully focused on using electric motors to drive the wheels, and using the 120,000rpm micro-turbine purely as backup to charge the batteries (the car will also have a plug, but no further specifications have been made available on that front).  Micro-turbine generators have been seen on many concepts in the past but, as far as this writer is aware, have never made it to production.

Ariel is using a system from Delta motorsport called “MiTRE” (micro turbine range extender).  The benefits of a micro-turbine generator are that it is much lighter, smaller and more efficient than conventional gasoline engines in cars, though they tend to produce very high temperature exhaust which can be difficult to manage.  Delta says the system will cost not much more than 1,000 British pounds.

We don’t yet know the weight, but the car is likely to be very light, with a carbon fiber body over an aluminum chassis (HIPERCAR stands for “HIgh PERformance CArbon Reduction”).  While we also don’t know the range of the car yet, the car’s 56kWh battery is comparable to that of the Tesla Roadster, which was EPA rated at 244 miles at release (on the older 2-cycle test, which was more favorable to EV range).  The HIPERCAR may or may not be as light as the Roadster (its 325mm wide rear tires, as compared to the Roadster’s 225mm tires, will accommodate HIPERCAR’s much-higher torque and hp numbers, but may also denote that the car is simply larger than the tiny Roadster), but it seems likely that it will be capable of maybe ~200 miles even before the range extender kicks in.  Of course, at track speeds, these numbers will be much different.  There will be a rear-wheel-drive-only configuration as well, with half as many horsepower and a 42kWh battery.

As an aside, longtime EV fans may remember that the Ariel Atom was once used by Tesla co-founder Ian Wright as the basis for an electric hypercar, the “Wrightspeed X1.”  The car was built with motor and inverter from AC Propulsion, the same company which provided the drive system for early Tesla Roadsters and was responsible for the T-Zero, the car which inspired Tesla’s existence.  Wright produced one prototype car in 2010 which had insane performance at the time – 0-60 in 2.9 seconds.  He went on to found his own company, Wrightspeed, which has since changed focus to developing plug-in hybrid garbage trucks, an area which Wright considers a perfect application of electric power (high torque, low range requirements, lots of starting and stopping, noise pollution reduction, etc.).

While the Wrightspeed X1 looks like it won’t ever make it to production, we’re glad that Ariel has taken up the charge to make a bonkers, low-production, lightweight, probably impractical electric hypercar, as only they can.