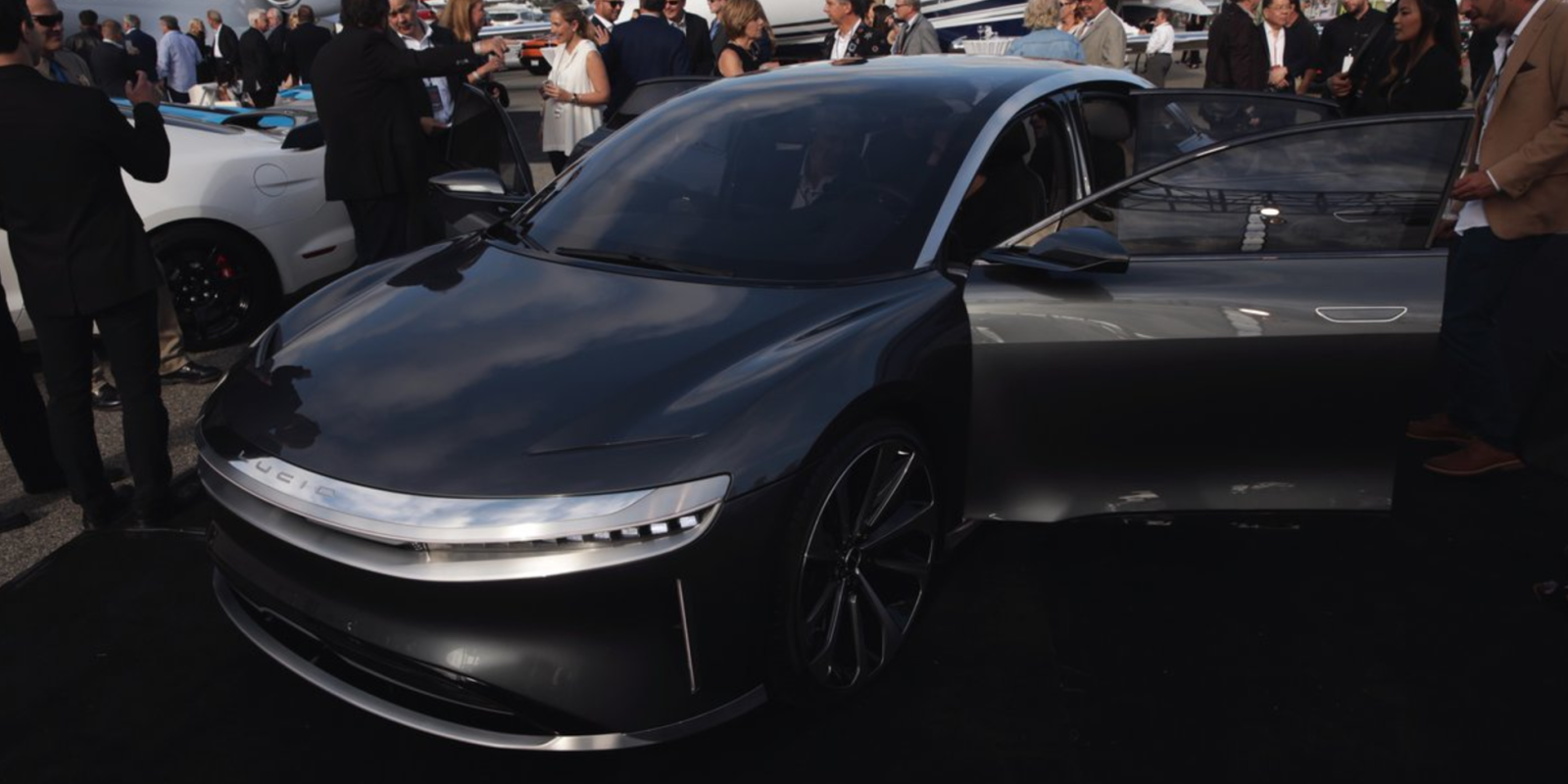 Lucid Motors brought a new prototype of its all-electric Air sedan at the Pebble Beach Concours d’Elegance during the Monterey Car Week.

As we recently reported, the company’s efforts to bring the vehicle to market seem to be moving slowly. After announcing its EV factory to be built in Arizona back in November 2016, nothing has moved as the company is reportedly trying to raise a financing round to start building the plant.

Recently, there have reportedly been in talks about the company turning to other automakers, Ford was mentioned, for an acquisition instead of financing. It’s not clear how the situation has progressed since.

In the meantime, the Lucid Air keeps impressing us with its performance and design. It recently reached a 235 mph (378 km/h) top speed on the track.

Now the vehicle that they brought in Monterey features an updated look that we have never seen before with a new combination of colors (via Lucid Motors):

Earlier this year, the company announced an aggressive $60,000 base price for its luxury all-electric sedan with 240 miles of range and several more higher-end configurations.

After Jamie spent some time with the Lucid Air earlier this year, he determined that Lucid Motors could very well be a force for good in the EV industry and not simply a pale Tesla clone, but the biggest question mark remained its ability to produce the vehicle.

As of late, they were still guiding a start of production in 2018 despite work stalling at their Arizona plant.

Update: Lucid just informed us that they have actually updated their production timeline to 2019.

What do you think? Are you still excited about the Lucid Air? Let us know in the comment section below.