Australia is a great example, but they are trying to get ahead of the issue as the country announced today a new ‘Electric Super Highway’ to cover over 1,000 miles with fast-charging stations for electric cars by the end of the year.

The Queensland government announced the project in Brisbane today.

Considering there are currently fewer than 1,000 all-electric vehicles in the vast state populated with almost 5 million people, the move may seem premature, but the government hopes that it will spur EV sales in the region.

“This project is ambitious, but we want as many people as possible on board the electric vehicle revolution, as part of our transition to a low emissions future. Today I’m announcing the first 18 towns and cities that make up phase one of the Electric Super Highway and will, once operational in the next six months, make it possible to drive an electric vehicle from the state’s southern border to the Far North. They will be available for use at no cost for the initial phase of the super highway so we can encourage as many people as possible to start using them.”

The fact that it will be free, at least at first, is not the only interesting aspect since they also plan to link the charging stations to their green energy credit system in order to power them with clean energy or at least offset their energy footprint.

They didn’t confirm exactly what type of charging stations will be deployed beyond that they will be both level 2 and level 3 chargers at each sites, which should enable most EVs to have access. 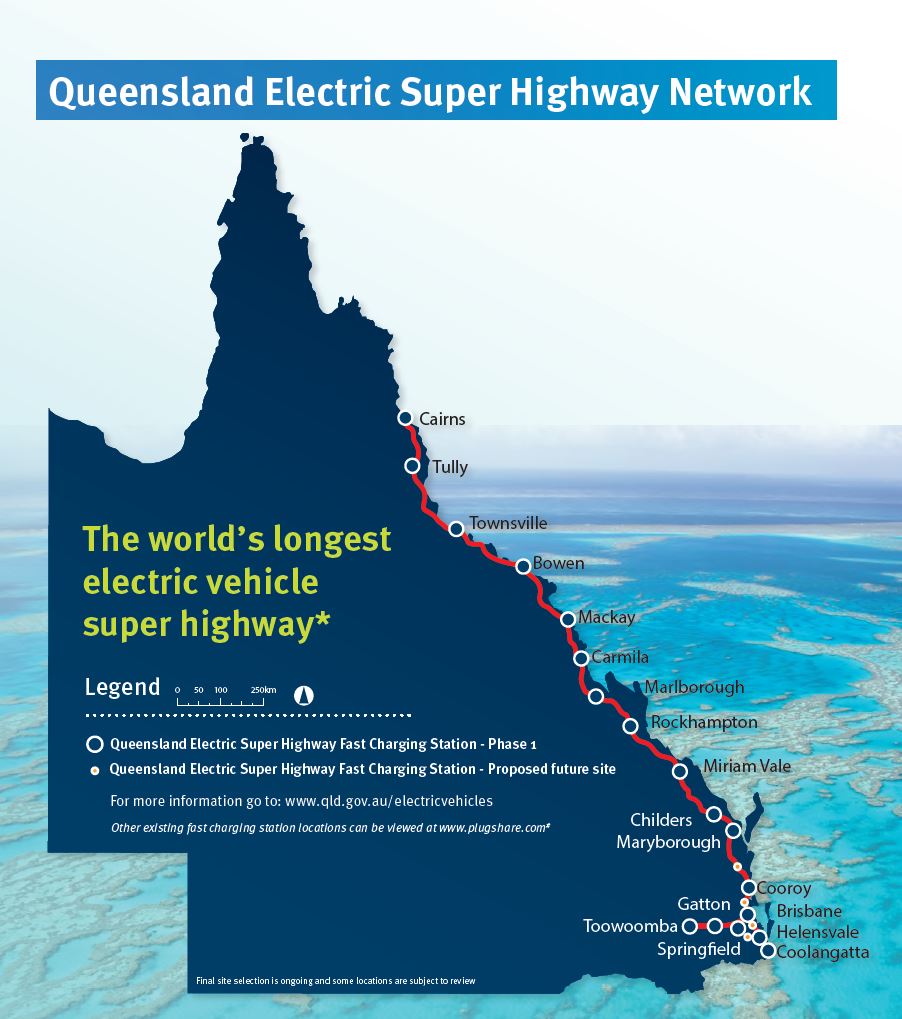