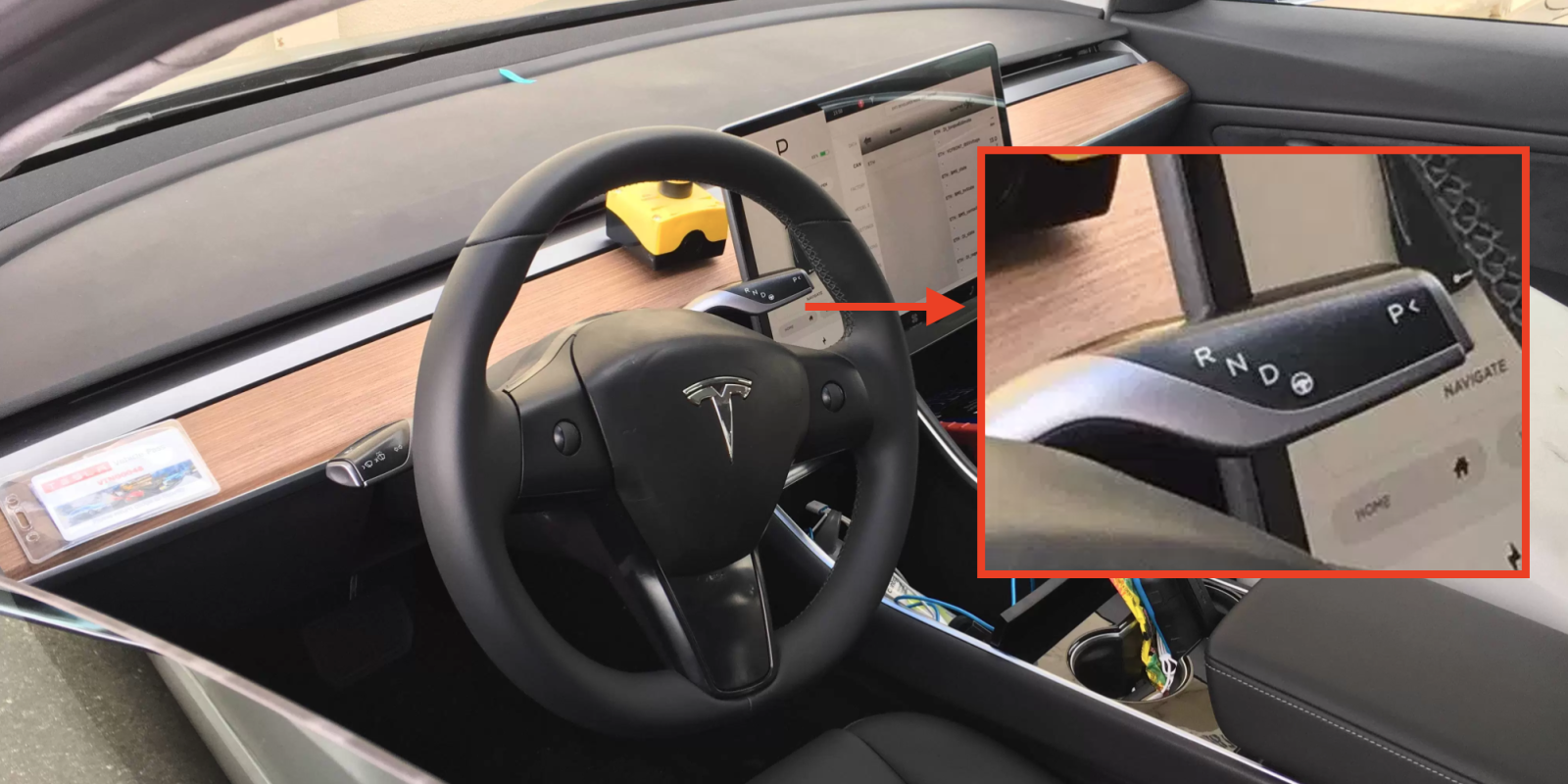 Just a few days before the launch of the Model 3, Tesla has slipped an interesting update into the onboard instruction manuals of Model S and Model X.

After the most recent software update, the new gear selector seen on Model 3 prototypes is now part of the manuals.

Currently, Tesla is treating Autopilot more as an advanced cruise control system than anything else, which is fair since, under the most recent updates, it’s still only a level 2 autonomous driving system.

But that could change with further updates utilizing more of their latest hardware suite.

The Model 3 is also equipped with the latest hardware suite, but interestingly, it also features, at least on the release candidates, a new gear selector.

It was first spotted last month on one of the prototypes in Silicon Valley (pictures by“inamachineshop”):

The interesting thing is that the Autopilot is now featured as a gear, just like drive or reverse, on the new lever.

And with anything over level 3, which is basically fully autonomous but with the driver acting as a backup, treating the system as a gear could be a better way to approach this than as a cruise control.

It looks like it is also making its way to Tesla’s other vehicles.

Joshua Spanoudakis got the latest Autopilot 2.0 update and found out that Tesla updated the onboard instruction manuals in his Model X, which now features the same new gear selector:

It’s an interesting slip for Tesla since the gear selector is obviously not in the Model X… yet.

The company has been promising new Autopilot features since launching the new hardware last year, but they are late in the development process as they have been building their computer vision technology from scratch after transitioning from Mobileye’s system used in the first generation Autopilot.

The most recent update features one of the most significant improvements so far. If it’s an indicator of what is to come, maybe that new approach to activating Autopilot could soon become useful.