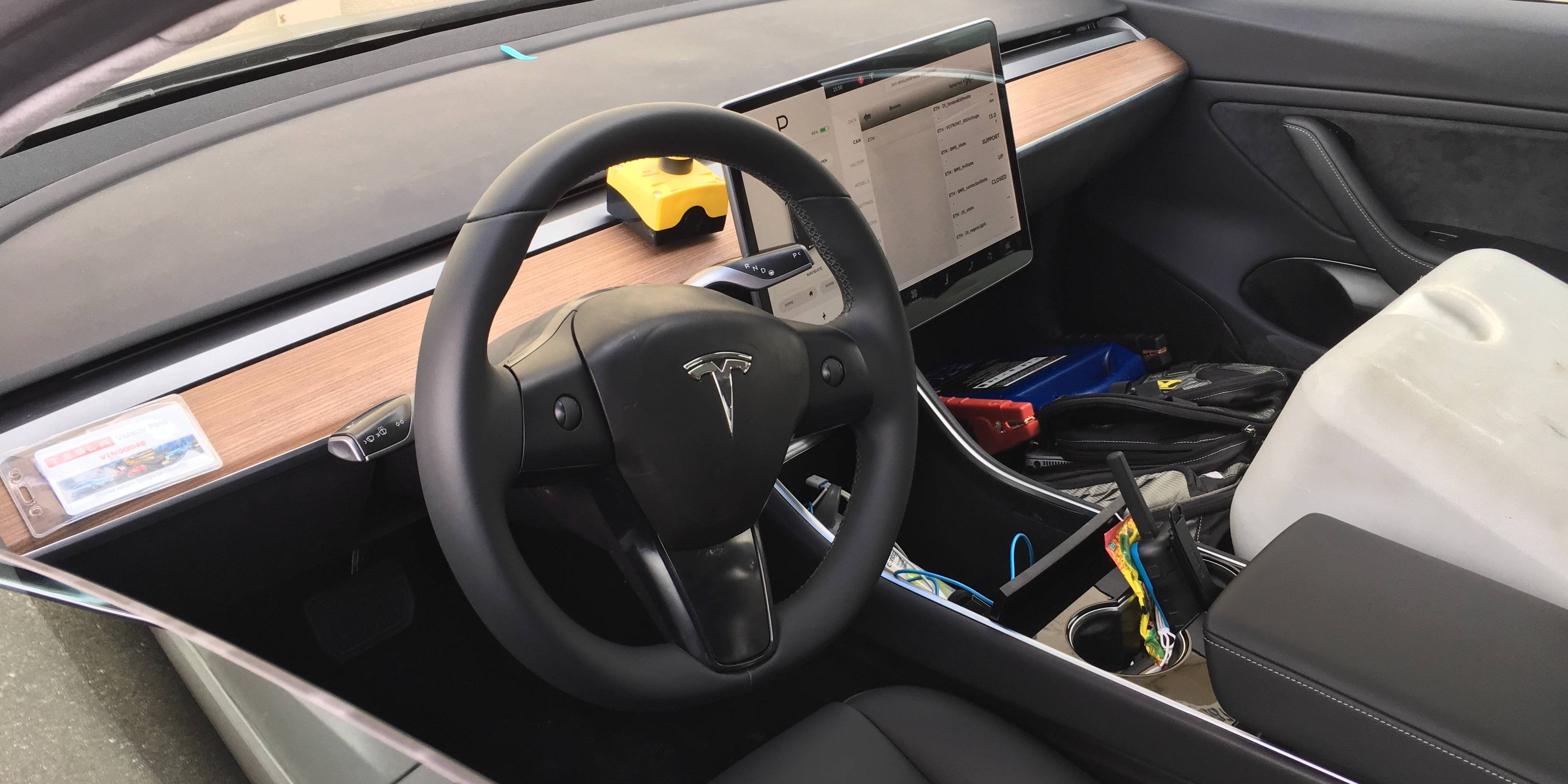 As for what we can glean from these photos: the steering wheel does seem to have a traditional steering column.  There has been some speculation about whether or not the steering wheel might have some sort of “hide-away” function where it dips out of place into the dashboard when the car is in fully autonomous mode, but given the bulk of the steering column in this photo, that seems unlikely, though Tesla could always still have something up their sleeves:

There’s also a big (red?) button in that yellow box on the dash.  Probably some sort of emergency shutoff switch, as is common in prototype vehicles.

These are all guesses, but: The “torqueEstimate” entry probably has to do with regen – how much the car is regenerating through braking, given the next “regenLight” entry (which probably shows whether or not regen has triggered the brake lights).  The “socMin” entry seems to show that the car is currently at 65.3% state of charge.  LimpRequest is probably for if the battery is at extremely low charge and wants to limit torque delivery to protect the battery’s longevity (of course, this is showing “NONE”).  BMS_hvState is probably whether the high-voltage system is ready or not (“UP_FOR_DRIVE”), and contactorState might just mean whether the car is off or on.  BMS_state “SUPPORT” probably means that the car is supporting all of its always-on systems, but the car is not “on” and ready to be driven.

An exterior photo shows some sort of sensor attached to the rear driver’s side of one of the release candidate vehicles, as you can see below: 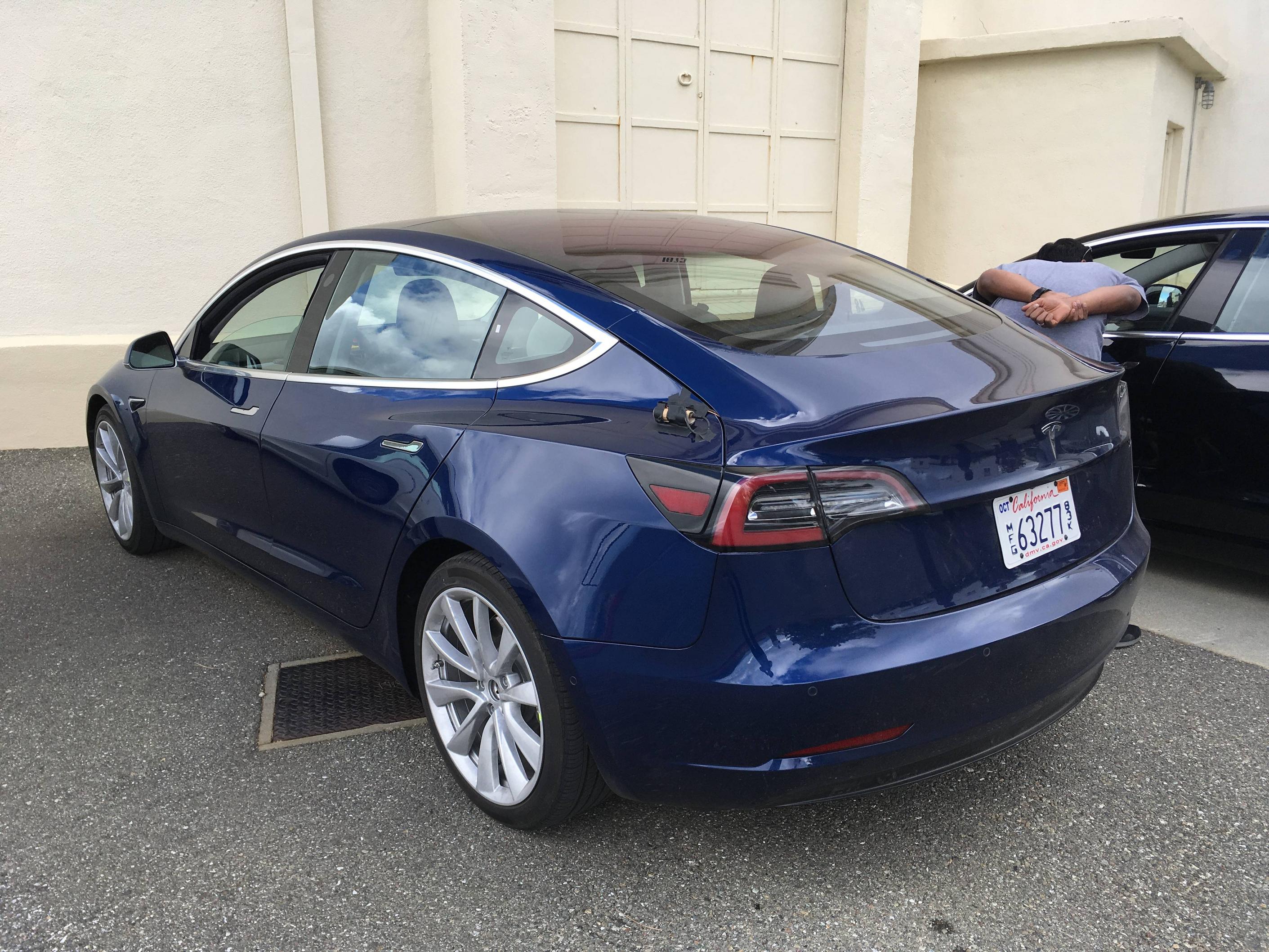 We’re not sure what this sensor is, but it looks a little bit like a pitot tube.  These are commonly used in aircraft and automotive applications to measure airflow over a surface, so they could be looking at the aerodynamics of the car, or calibrating the speedometer.  Of course that’s just speculation and we don’t really know what the device is.  Only one of the three cars spotted had this device attached.

Finally,if you look closely, the blue car also seems to have a dummy seatbelted into the passenger seat: 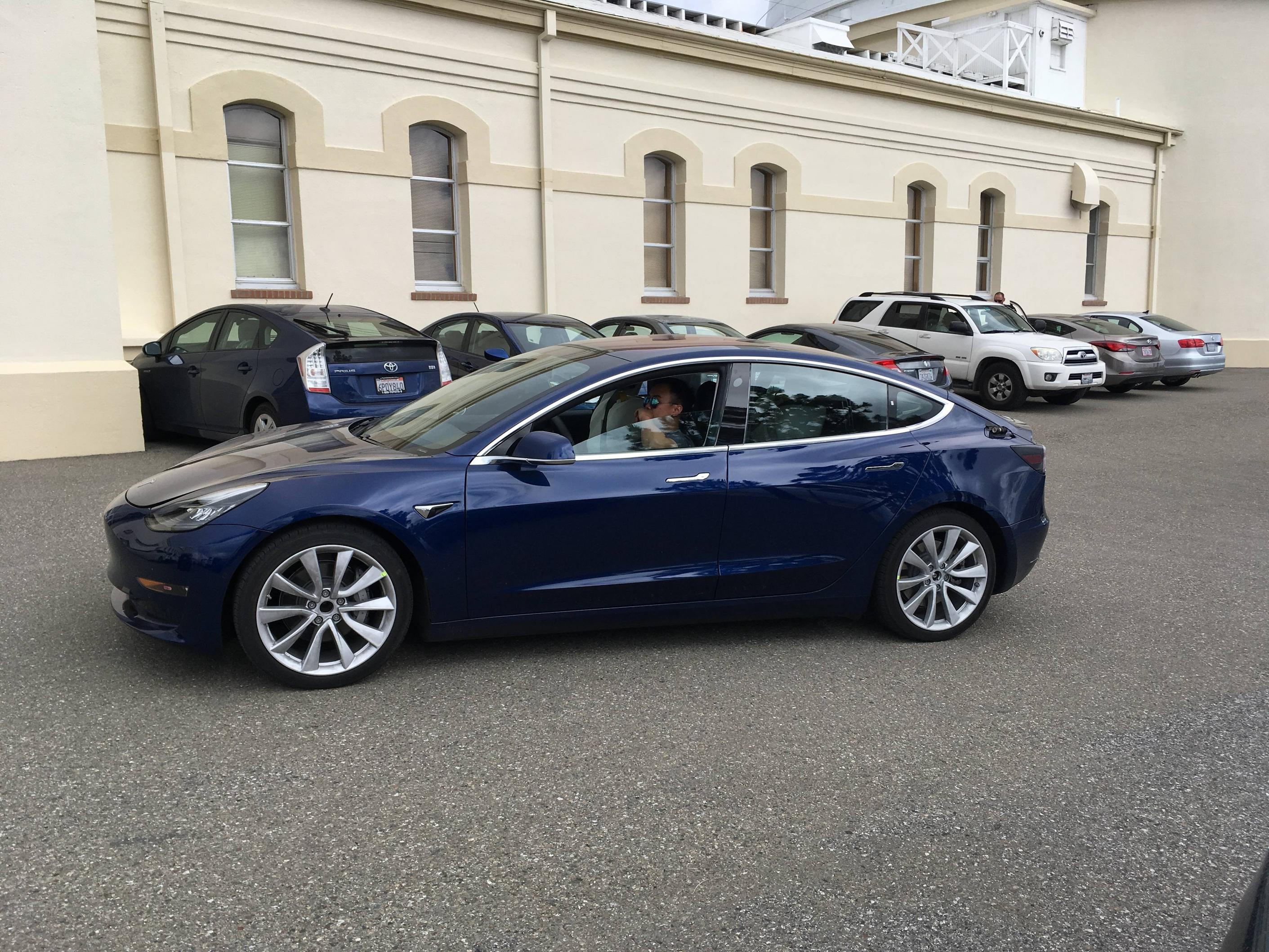 The other cars also have various…stuff piled into the passenger seat, and into the footwell of the passenger seat as well.  Maybe this is for testing something on the car…or maybe they just needed to use the carpool lanes because they don’t have their stickers yet.

The full gallery of photos was posted to reddit by user “inamachineshop.”  You can see them here: http://imgur.com/a/zhvq8

If you’ve got any ideas what the sensor is, or any other insights about the various tools visible in the photos, tell us in the comments below.

edit: Our readers have noticed that the gear selection lever behind the steering wheel now includes Park, Reverse, Neutral, Drive, and Autopilot settings.  This is a subtle change, but important I think.  It means that Tesla doesn’t consider Autopilot as a separate feature a la cruise control, but as a whole drive mode in itself, just as important as the traditional PRND.