Even though Elon Musk described his new Boring Company as “a few engineers and interns”, it seems to be moving incredibly fast.

They took delivery of their first boring machine last month and Musk now unveils new pictures of the entry hole, staging area for the machine, and the start of his network of tunnels under Los Angeles.

He even announced the first few routes:

“Full length of first tunnel will run from LAX to Culver City, Santa Monica, Westwood and Sherman Oaks. Future tunnels will cover all of greater LA.”

Earlier this week, Musk started kicking around names for the boring machine.

Names are clearly important for Musk since he actually named the new company ‘The Boring Company’. As for the boring machine, he went with a theme of poems and plays, and the first one will be named ‘Godot’ after the play ‘Waiting for Godot’ by Samuel Beckett. 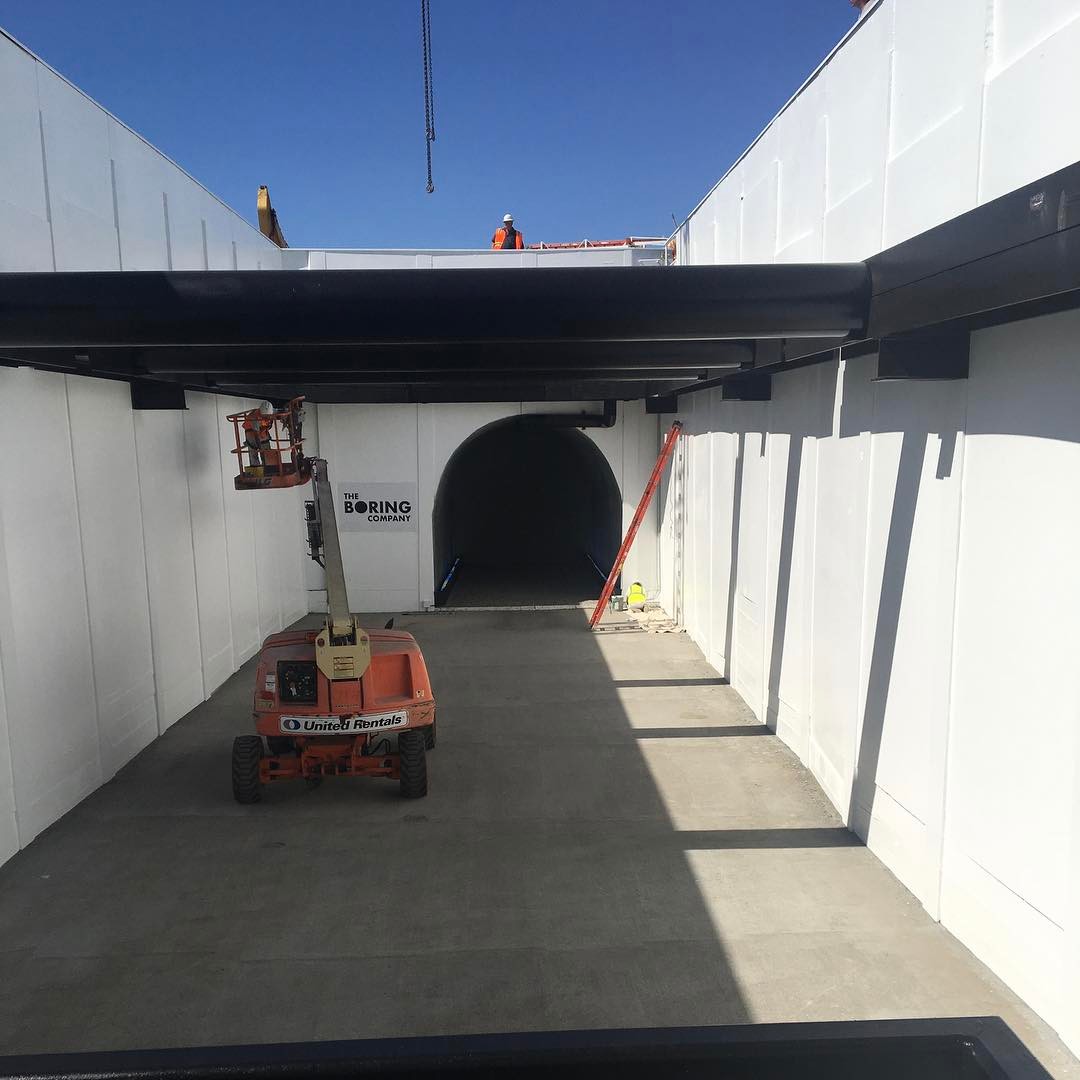 He then shared a picture of Godot in the staging area. It’s only a segment. Musk added that it’s going through final assembly and it will be “a few hundred feet long when complete”. 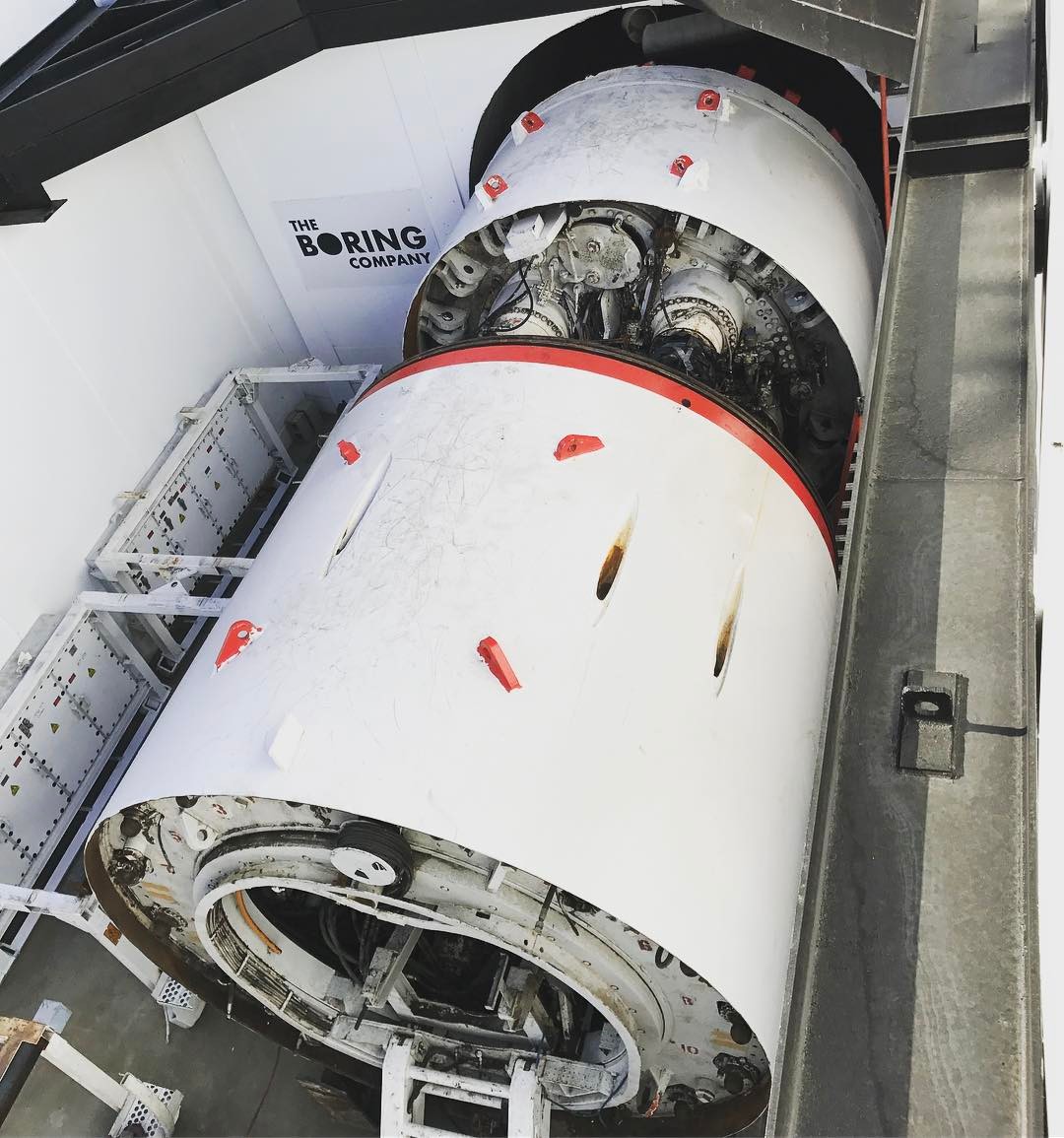 During his TED talk last month, Musk said that he wanted to increase the speed of the machine by over ten-fold from digging about 300 feet per week to up to 1 mile per week.

He compared it to a race with their pet snail Gary. Here’s a picture of Gary and the current speed of Godot’s cutterhead: 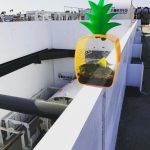 Also during the TED talk, Musk said that the tunnels wouldn’t be for cars to directly drive into, but that they would instead park on an electric sled that would transport cars at 125 mph (200 km/h) on tracks installed in the tunnels.

He released the first video of the electric sled prototype:

It looks like they are using their hyperloop test track to test the electric sled concept and not the tunnel itself.

Here’s the video concept of Musk overall vision for the future network of tunnels: