The state of New York has finally released all the details of its new electric vehicle incentive plan, which has been formally announced earlier this month and will start officially on April 1st.

They decided to go with tranches that take into account both range and price. Only a few vehicles, like the Tesla Model 3 and the Chevy Bolt EV, will take advantage of the full $2,000 incentive.

It leaves out all of Tesla’s current vehicles and technically, only the Chevy Bolt EV is currently eligible – see full list below.

The ‘120 miles’ requirement is perfectly positioned to eliminate the most popular electric vehicle models like the Nissan LEAF, BMW i3 or Ford Focus Electric, but they still get $1,700, which isn’t a big difference.

Tesla’s Model S and X fulfill the range requirement, but not the price – yet they are not completely left out and they still receive a $500 incentive. The upcoming Model 3 should qualify for the full $2,000 when it launches later this year and should bring the potential base price down to $25,500 in the state of New York after federal tax incentives.

Here are the tranches: 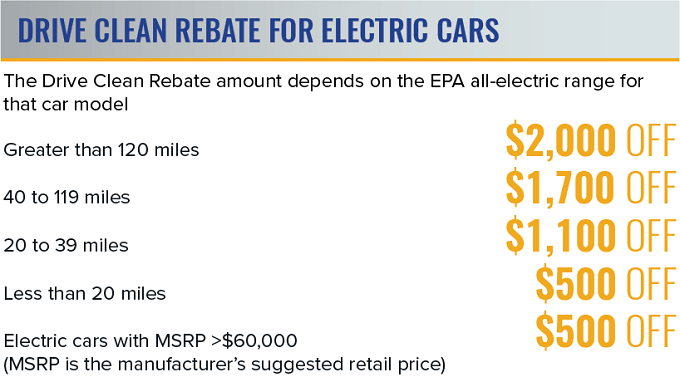 One vehicle that slips through the crack is Hyundai’s Ioniq Electric. It’s not on the list since it’s not yet available in New York, but with an EPA-rated range of 124 miles and a MSRP of $29,500, it should qualify for the full incentive.

It means that the vehicle could cost only $20,000 after both the state incentive and the $7,500 federal tax credit.

What do you think of this incentive model with different tranches? Let us know in the comment section below.