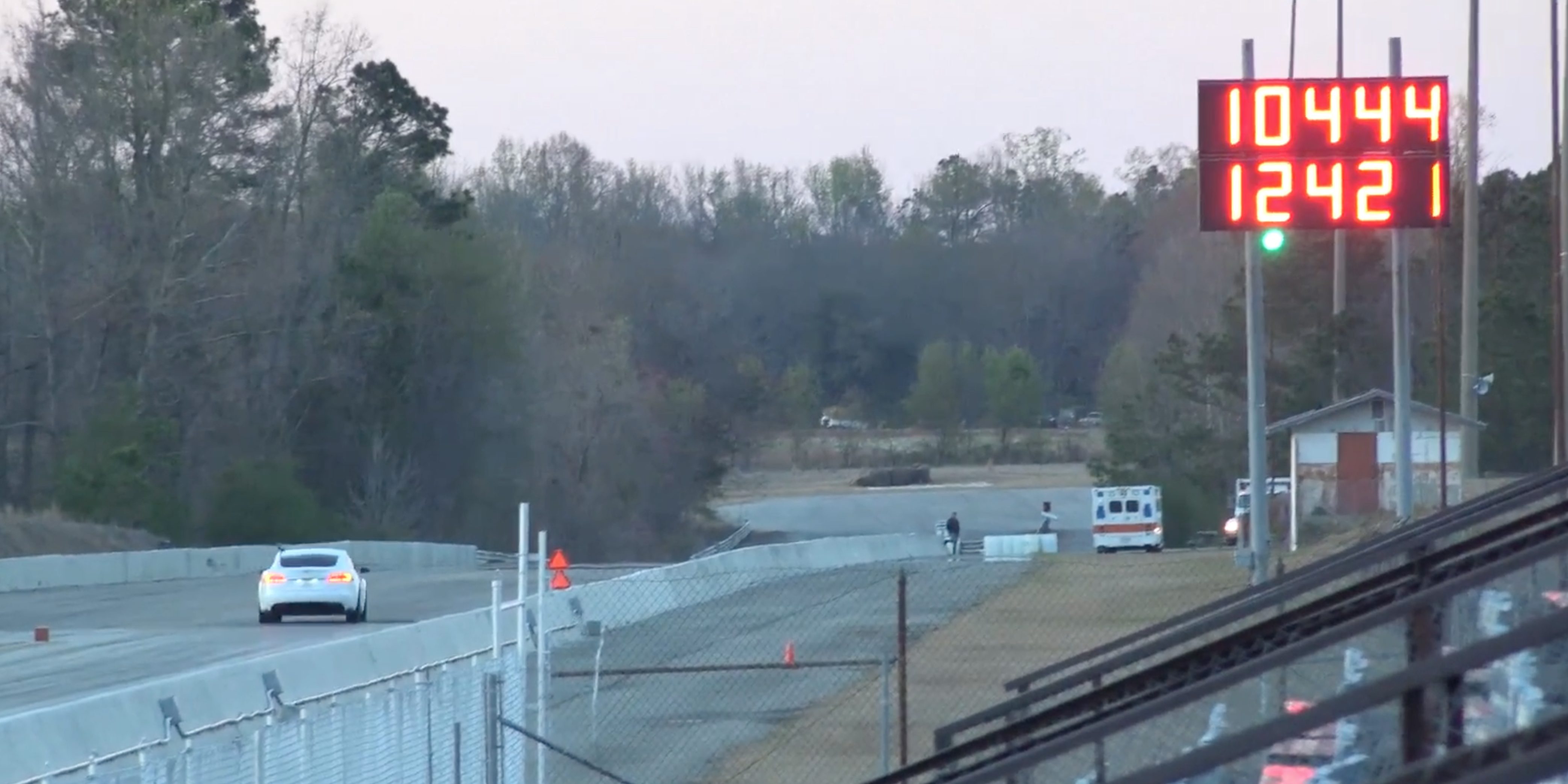 This past weekend we saw not one, but two new quarter-mile records set by Tesla Model S P100Ds on the drag strip. And today we learn of another new record, this time by the folks over at the Tesla Racing Channel.  They’ve managed to bring the record down by another two-tenths of a second, with a whopping 10.44 @ 124.21 mph.

This run is slightly different from the previous “stock” runs though, as the car received a few modifications to achieve such a quick time.

Tesla Racing Channel’s modifications were partially inspired by a recent tweet from Elon Musk, suggesting that owners could improve performance by removing certain unused parts of the vehicle to reduce weight, and offering that Tesla service would even help provide this service for owners who ask for it:

@jovanik21 Also, Tesla service can remove front trunk liner if you don't use it and improve performance further

Weight reduction can have a huge effect on a car’s performance, especially in low-end acceleration, as it reduces the car’s inertia and allows it to get up to speed much more rapidly.  When racing pioneer Colin Chapman, founder of Lotus Cars, was asked how to make a fast car, he said “simplify, then add lightness.”  His philosophy was not that you make your car faster by “adding” anything (e.g. horsepower), but rather by reducing weight.

This philosophy is also reflected in the upcoming all-electric Tesla racing series Electric GT, which recently unveiled their stripped-down P100D racecar.  By stripping the interior and replacing body panels with biocomposite materials, they managed to reduce the weight of a P100D by 1,100lbs – reportedly reducing 0-60 time to 2 seconds flat.  The weight reduction also helps cornering ability, which is helpful around a racing circuit but obviously has no effect on drag racing.

So Tesla Racing Channel took Musk’s suggestion one step further, removing everything they could manage to pull out of the “frunk” area, as seen in this still from their YouTube video:

This must have saved them quite a bit of weight to result in two full tenths worth of time improvement in the quarter-mile.

But that’s apparently not quite enough for the Tesla Racing Channel.  Their first comment on their youtube video is: “To gut it, or not to gut it?”  It seems they may be looking for more creative ways to remove weight from their car and get their time even lower.

So what will the lower limit be for a street-legal, weight-reduced Tesla?  It’s unlikely that Tesla Racing Channel will be able to achieve the same level of weight reduction as Electric GT and still keep their car street legal and comfortable for normal driving conditions, but it looks like they might be on their way towards trying.