As part of its court settlement with the California Air Resources Board (CARB) and the U.S. Environmental Protection Agency (EPA) for the DieselGate scandal, Volkswagen agreed to invest $2 billion in electric vehicle infrastructure in the US.

They released highlights of their plan for how to spend that money last month, but now they released the first detailed version of the plan for California, where they need to spend $800 million of the total settlement. We embedded the full plan below, but we also highlight the main points, like the fact that they want to install high-power 320 kW charging stations for electric vehicles, which is probably the biggest news.

Also, it’s important to note that it is still subject to change after review, but it gives us a good idea of what they have in mind at this point.

Through the new subsidiary called Electrify America that they set up to spend that money, the chargers will not be proprietary to VW (Combined Charging System (CCS), CHAdeMO and open protocols like Open Charge Point Protocol (OCPP)). In total, they plan to install between 2000‐3000 chargers at 400+ individual stations:

“Charging stations will be located first in the areas with the highest anticipated ZEV demand; this is based on the forecast penetration rates of ZEVs in each region and the estimated gap between the supply and demand of charging infrastructure in those regions. In aggregate, the Electrify America first cycle investment will aim to establish a network of approximately 2000‐3000 non‐proprietary chargers across 400+ individual stations.”

It means that there will be at least 5 chargers per station, which isn’t exactly a lot, but it could have been worse.

Here’s the schedule for deployment and some of the corridors they plan to cover:

VW seems to understand the different use cases for each different charging speed, which is encouraging: 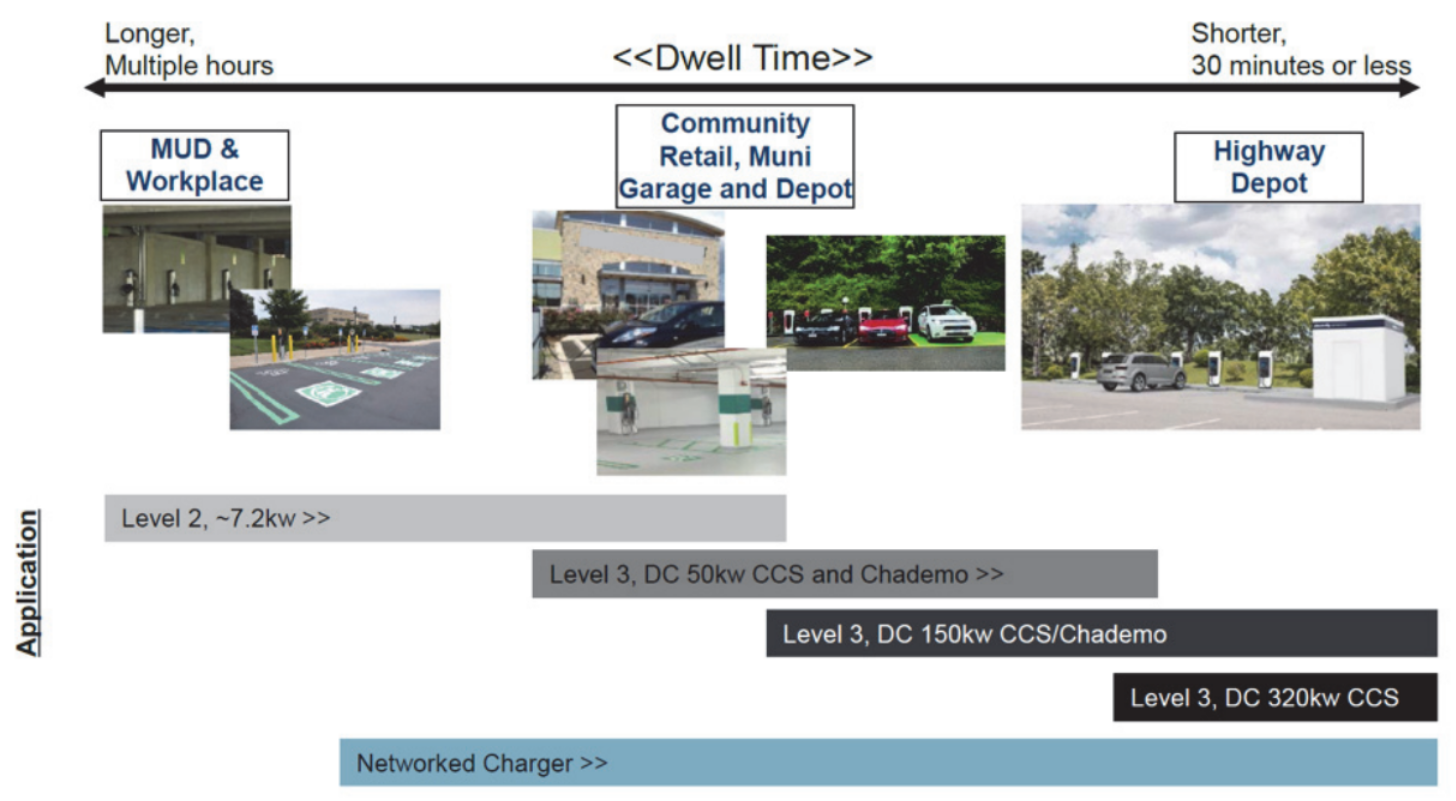 VW confirmed that Electrify America fast-charging stations will include both 150 kW and 320 kW DC fast chargers:

“Electrify America will build a long distance high speed highway network consisting of approximately 50+ charging stations along high‐traffic corridors between metropolitan areas. These stations will focus on 150 kW and 320 kW DC fast chargers; each station will have 5 plugs on average. These chargers will represent state‐of‐the‐art technology with the fastest charging speeds available. Most currently installed non‐proprietary DC fast chargers are in the 25‐50 kW range, so Electrify America’s stations will be at least 3‐6 times faster, which reduces charging times to approximately 15‐20 minutes in some cases for new generation, larger battery capacity ZEVs.”

It’s not the most powerful charging technology, but it’s in the higher end of the spectrum. ChargePoint recently announced a 400 kW charging technology. Additionally, 5 major automakers announced that they joined forces to deploy 400 ultra-fast (350 kW) charging stations for electric vehicles in Europe. Those stations should start being installed in the coming months.

And finally, Tesla is also expected to soon release the “version 3” of its Superchargers. Elon Musk hinted that it will put 350 kW to shame, but there’s no clear timeline at this point for the release of the technology – though speculation points toward the charge rate only working with Tesla’s new battery technology, which will first be released in the Model 3.

On the other hand, VW’s plans are laid out clearly. The first high-power stations are coming in the next few months:

In the plan, VW also lays out its electric vehicle awareness efforts and “electric city” plan, which is expected to be in Sacramento.

Here’s the plan in full: