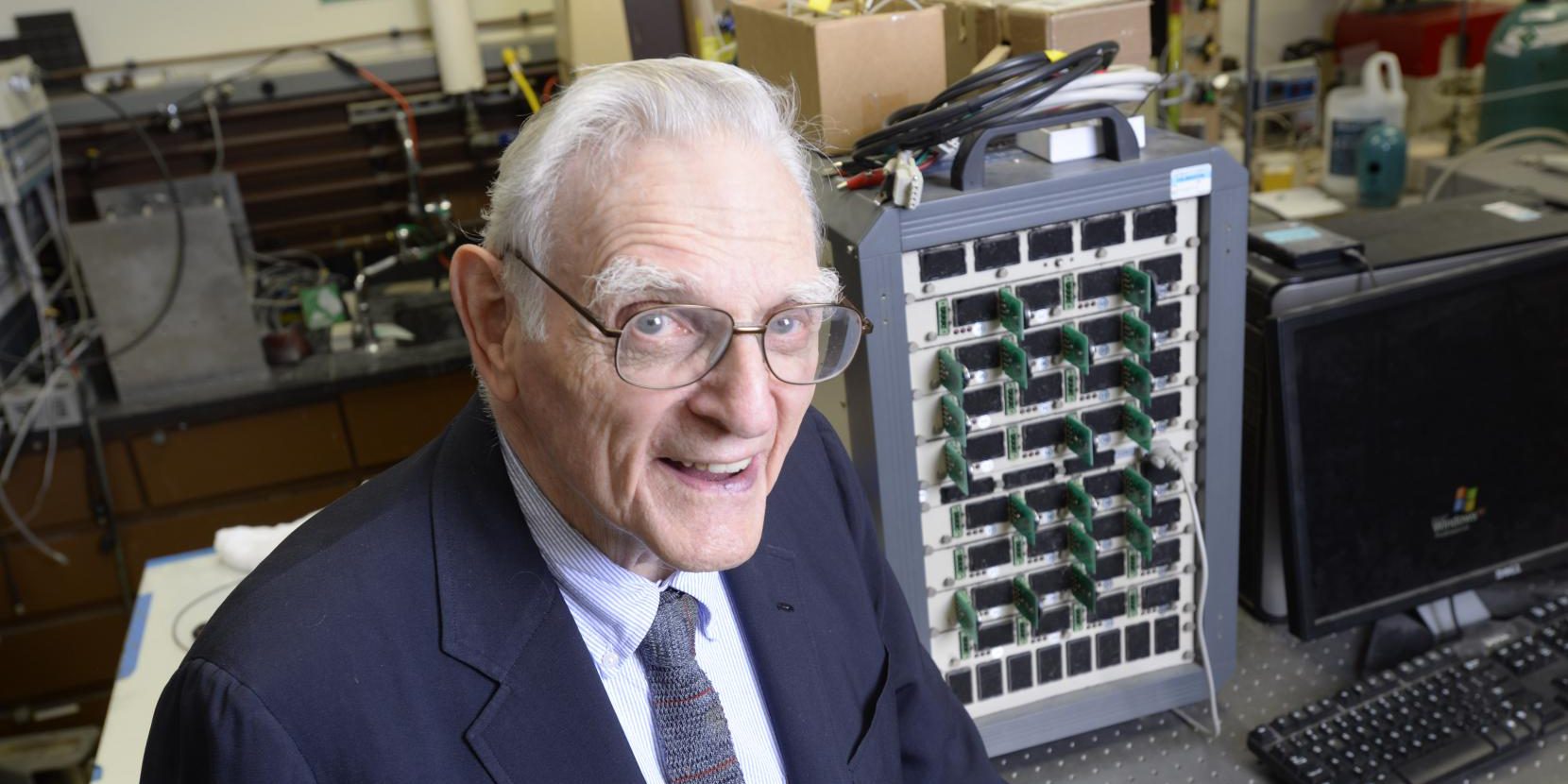 John Goodenough, who is credited as the co-inventor of the li-ion battery cell, and his team at the Cockrell School of Engineering have released their findings of what is being described as a “breakthrough” for solid-state batteries.

Solid-state batteries are thought to be a lot safer than common li-ion cells and could have more potential for higher energy density, but we have yet to see a company capable of producing it in large-scale and at an attractive price point.

Several companies have since invested to bring them to market, like Dyson with the acquistion of Michigan-based solid-state battery startup Sakti3 for $90 million and plans to build an important $1 billion battery factory. Bosch is also investing in the technology, which it believes will allow 50 kWh battery packs (~200+ miles for a compact vehicle) to weigh less than 200 kg.

But again, cost and life-cycle are still important problems with this technology.

In collaboration with senior research fellow Maria Helena Braga, the 94-year-old scientist published a recent paper in the journal Energy & Environmental Science that claims to solve some of those problems.

Goodenough said about the findings (via the University of Texas at Austin):

“Cost, safety, energy density, rates of charge and discharge and cycle life are critical for battery-driven cars to be more widely adopted. We believe our discovery solves many of the problems that are inherent in today’s batteries,”

They have actually produced the new solid-state cells with “glass electrolytes that enable the use of an alkali-metal anode”. The materials overcome the dendrite problem that comes with fast-charging the cells.

It could also enable cost reductions in mass production.

Braga said about the new electrolyte:

“The glass electrolytes allow for the substitution of low-cost sodium for lithium. Sodium is extracted from seawater that is widely available,”

They are making impressive claims about the prototype cells that they produced with this new technology. They say that it enables “at least three times as much energy density”, demonstrated “more than 1,200 cycles with low cell resistance”, and can operate “from -20 degrees Celsius to under 60 degree Celsius.”

UT Austin Office of Technology Commercialization is working on patenting the new technology as Goodenough and Braga keep working on it with the goal to soon see the batteries used in electric vehicles and stationary energy storage systems.