Dubai, through the Dubai Future Foundation, has been making a push for autonomous driving technology since last year. They announced a goal to convert 25% of the city’s traffic to autonomous driving by 2030 and even unveiled a concept for an autonomous Tesla taxi.

They now plan to make that concept a reality and officially ordered 200 Model S sedans and Model X SUVs with ‘fully self-driving-capability’ from Tesla.

The deal was made just as Tesla officially launched in the United Arab Emirates yesterday.

Mattar Al Tayer, Director General and Chairman of the Board of Executive Directors of the Roads and Transport Authority (RTA), signed the agreement with Tesla CEO Elon Musk yesterday. Al Tayer said:

“This agreement is in implementation of the directives His Highness Sheikh Mohammed bin Rashid Al Maktoum, Vice-President and Prime Minister of the UAE and Ruler of Dubai ,to transform Dubai into the world’s smartest city, and the Green Economy for Sustainable Development initiative. It is also part of the Dubai Smart Autonomous Mobility Strategy aimed at transforming 25 per cent of total journeys in Dubai into autonomous journeys by 2030. The agreement also reflects RTA’s efforts towards providing driverless transportation solutions through undertaking technological tests of autonomous transit means.”

The deal was signed on the sidelines of the World Government Summit 2017: 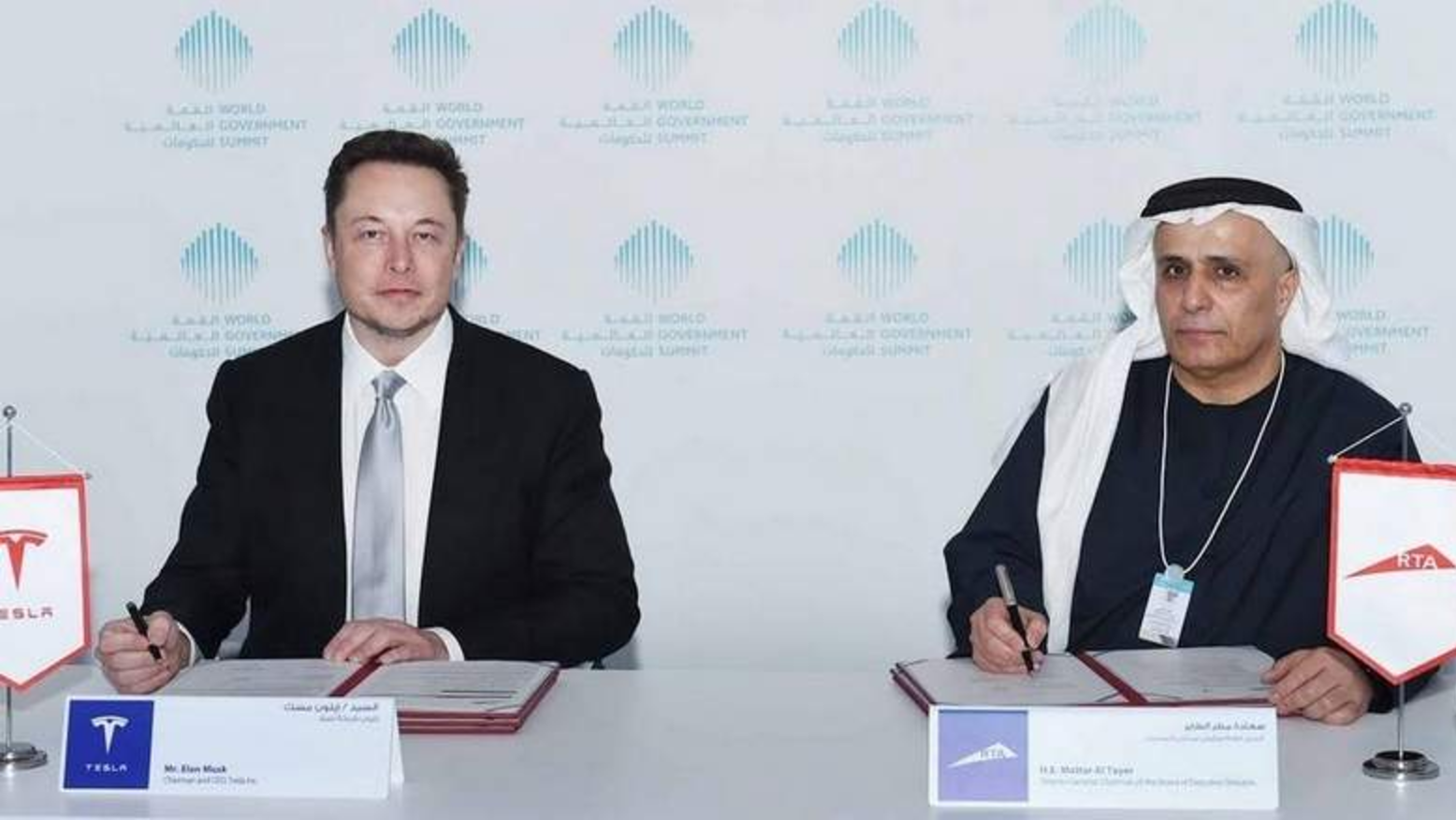 There’s no exact timeline for the delivery of the 200 vehicles, but Tesla plans to start deliveries in July in Dubai. The all-electric vehicles will be added to the limousine fleet of the Dubai Taxi Corporation (DTC).

The vehicles will be equipped with Tesla’s ‘fully self-driving capability’ option since the company hopes to use them as autonomous taxis, like the concept they unveiled last year:

As usual, all vehicles will be equipped with the necessary hardware, but Tesla has not yet released the software for self-driving. It could be ready as soon as the end of the year and will be released per region where validation and regulatory approval is obtained. Considering the RTA will oversee approval in Dubai and it also owns the vehicles, it should be an easier process in the jurisdiction.

Neither Tesla or the Roads and Transport Authority (RTA) disclosed the value of the deal, but at an estimated average of $90,000 between the Model S and X, it could be worth over $18 million.