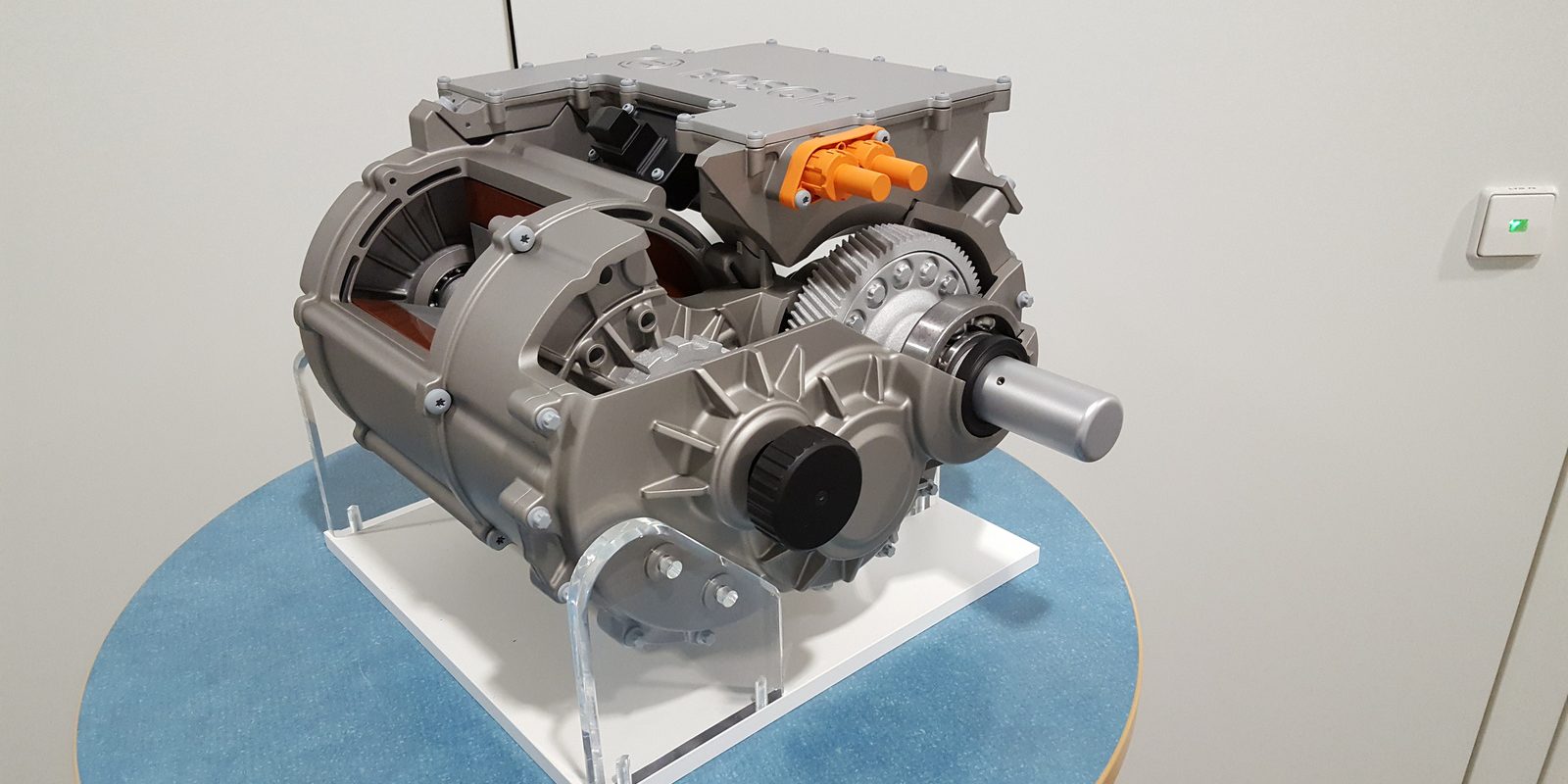 As a major automotive supplier, Bosch is very aware of the transition to electric transport and it aims to take part in it with important investments in new lines of products. We reported over a year ago that Bosch bought the solid-state battery start-up Seeo Inc. and has since been sparsely revealing details about its plan to bring new battery technologies to market by 2020 with a 50 kWh battery pack weighing only 190 kg.

Its new ‘eAxle’ drive unit (pictured above) made its world debut at the show:

Bosch’s electric axle drive system (eAxle) makes electrification accessible for automakers through a scalable, modular platform that can bring 5-10 percent cost efficiency as compared to stand-alone components. The eAxle is flexible for multiple platforms and brings together top-of-the-line Bosch powertrain components into one system.

Bosch claims that the new “fully integrated powertrain” is 20% smaller than conventional EV powertrains and that it has a significantly lower production cost: 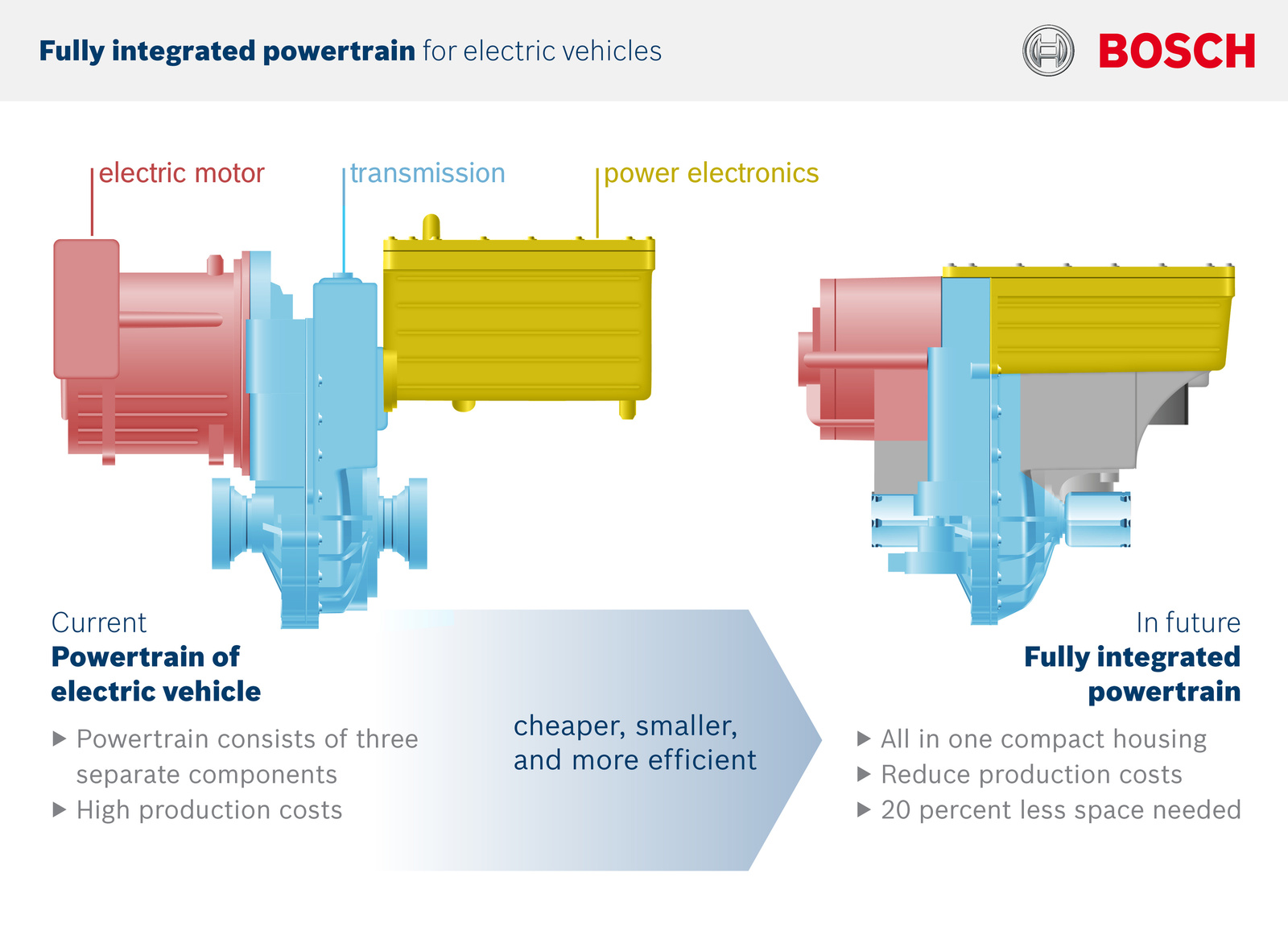 The company didn’t release the specs of the new ‘eAxle’ drive unit.

“Through both OEM feedback and consumer interest, we are seeing that electrification is moving to prominence. At NAIAS, we will showcase solutions that make electrification accessible to the masses so OEMs can deliver on the promise of this technology to mainstream consumers.”

So far, several major automakers have relied on Tier One suppliers to develop electric powertrains for the first few electric vehicles. Therefore, there’s certainly an opportunity for suppliers to get more involved in electrification, which appears to be Bosch’s focus.

The company is even more convinced that it is right path following a recent research:

Of course, that’s what new car buyers believe and not necessarily what is possible. For all households to have fully electric cars, the entire industry will have to only produce electric cars for almost 20 years while EVs currently only represent less than 2% of new cars.