When Electric GT, an all-Tesla and all-electric racing championship, announced that it will only use the Tesla Model S P85+, we were surprised. Since the release of the P85+, Telsa has released 3 models that are more powerful and which would make more sense for an entertaining racing competition.

This week, however, the championship announced that they will use the Tesla Model S P100D for their next-gen all-electric racing car, named ‘Electric GT V2.0’.

The Model S P100D is considered the “quickest production car on the planet” with a 0 to 60 mph acceleration in 2.5 seconds. That’s an interesting feature for a GT race car, but additionally, Tesla plans to soon release a software update that will make the vehicle even quicker with a 0-60 time of 2.4 seconds.

“The Electric GT V2.0 design is the fastest way towards the ‘Age of Light’. I am very excited to be using the Tesla Model S P100D as it is incredibly quick and innovative. This week we opened the subscription period for teams and the new car announcement is an exciting prospect for those who want to join us.”

Gemmell said that the design of the Electric GT V2.0 based on the P100D is already completed. 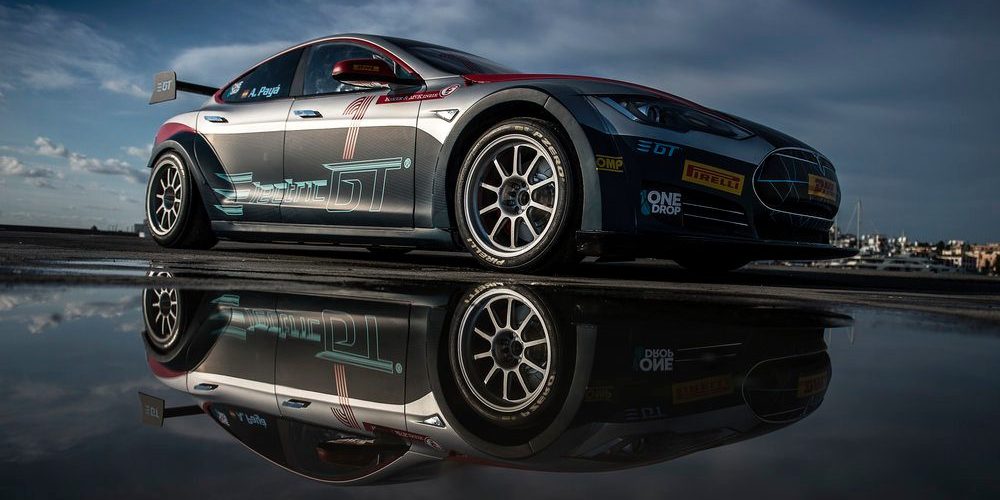 Electric GT claims to have strengthened suspension, improved brake cooling and steering, and reduced the overall weight of the car by several hundred pounds while adding a roll cage and making it FIA safety ready.

The company was testing a vehicle yesterday on the Circuit Calafat in Tarragona, Spain – though it seems to be the first version of the Electric GT based on the Model S P85+.

They posted a few pictures of the tests:

Electric GT has been adding world-class drivers to its line up of teams, including the experienced race car driver, Tesla owner, and environmental activist, Leilani Münter.

They have also released some details about the racing structure:

“There will be 10 teams and 20 drivers, who will compete across seven races during season one. Weekends will consist of a 20-minute practice session, 60-minute qualifying, a day race (60km) and a dusk race (60km). Each round will be a weekend-long festival of technology and innovation for sustainability, in and around the circuits.”

It will begin in 2017 on racing circuits in Europe and the Americas.