A right-wing propaganda group led by one of Donald Trump’s top propagandists recently launched a campaign called ‘Stop Elon From Failing Again’. According to their manifesto, the initiative aims to stop Elon Musk from “defrauding” American taxpayers through his companies, Tesla and SpaceX.

The effort is backed by conservative public relations specialists and Trump insiders that are funded by fossil fuel interests. Unsurprisingly, it is full of misinformation about Tesla, electric vehicles, and solar energy.

The group ‘Citizens for the Republic’ was first launched by Ronald Reagan in the 70s, but was dismantled after his presidency. Laura Ingraham, a conservative pundit and top Trump propagandist during the election through her radio show and TV appearances, led the relaunch of the group as a political action committee (PAC) last year.

Ingraham is now the National Chairman of the organization that just launched the campaign against Musk and his companies.

They market themselves as being against “the entire culture of corporations making billions of dollars off of the American people for almost zero return to the consumer”, but they target very specific industries.

For example, they say they are against “Big Energy” in their manifesto, but in the section about ‘Big Energy’ they only attack the solar industry because they receive tax breaks. Does the solar industry really represent “Big Energy”? If your goal is really to attack energy subsidies, solar and renewable energy subsidies should be your last target considering their share of federal subsidies: 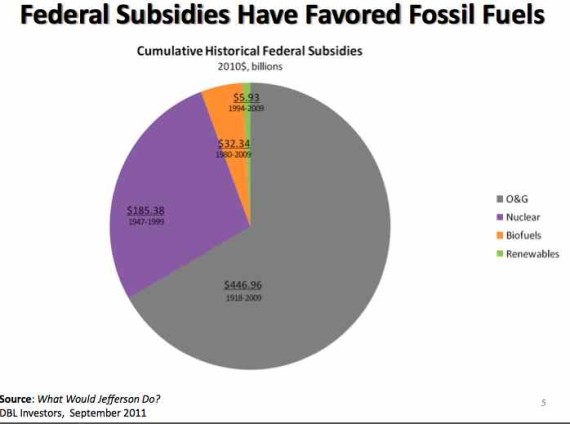 To make their point about Musk and his companies specifically, the group has been using statements that have long been debunked. They claim that:

“Elon Musk has defrauded the American Taxpayer out of over $4.9 Billion in the form of subsidies, grants, and other favors.”

This $4.9 Billion figure has been thoroughly debunked. It includes hypothetical tax breaks that Tesla could receive 20 years from now, discounted loans that Tesla long ago paid back in full and in advance, and even money from programs that Tesla never receives, but customers can potentially benefit from.

The ‘Citizens for the Republic’ led by Ingraham, who is now being considered by Donald Trump as the next White House Press Secretary, decided to embark on the noble mission of stopping all the subsidies going to Musk’s renewable energy companies.

In order to stop this, the group is promoting “hit piece” articles on Musk, Tesla, SolarCity and SpaceX. They keep a collection of these articles on their website ‘stopelonfromfailingagain.com‘. It includes articles like this one, which goes as far as to compare Musk to Enron and Bernie Madoff.

That’s right. The next White House Press Secretary could be someone who currently backs an effort to promote hit piece articles on Elon Musk, Tesla, SolarCity and SpaceX.

If you have ever wondered what Musk is talking about when he says “people have to revolt against the propaganda of the fossil fuel industry which is unrelenting and enormous,” it looks like this might be a good example.

With this new effort coming to light this month and the potential oil industry scheme behind propaganda against Tesla that the company uncovered when an oil industry executive tried to impersonate Musk, it looks like this new political landscape might be setting the stage for a new fight between the fossil fuel industry and renewable energy.

Update: As some suggested in the comments below, the best way to fight this is to encourage Tesla, and electric vehicles and the solar industry in general.  Several price reductions and new pieces of legislation in the past year have made solar more competitive in a lot of markets in the US and elsewhere.

We suggest getting quotes from more than one installer to make sure you get the best energy solution for your house or business. UnderstandSolar is a great free service to link you to top-rated solar installers in your region for free, personalized solar estimates.