The introduction of the Tesla Model X in Canada and consistently strong Chevy Volt sales helped the country reach record numbers of electric car sales during the last quarter. Canada now has a fleet of over 20,000 plug-in electric cars (BEV and PHEV) and added a record of over 3,300 electric cars in just the last quarter (July to September).

Fleetcarma, a firm tracking Canada’s car fleet, published its Q3 2016 report highlighting the growth of electric vehicles in the country.

A few interesting tidbits include the fact that the Tesla Model X deliveries have surpassed Model S deliveries during the last quarter. Of course, Tesla’s backlog of reservations for the Model X helped and we should now have a better idea of the mix going forward.

Tesla has now 2 models in the top 4 EVs in Canada. The Chevy Volt is still the top seller by a wide margin and it had an unprecedented third quarter: 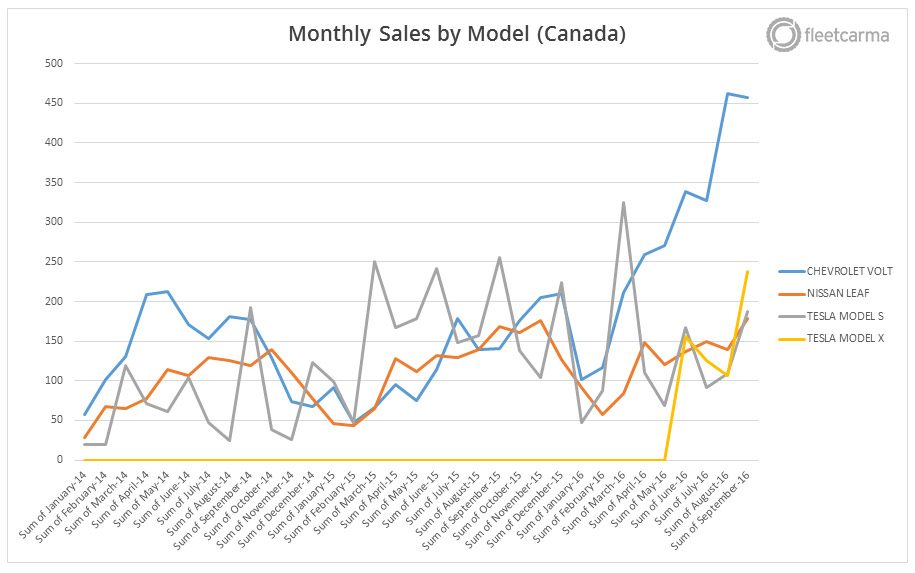 “Nissan LEAF and Tesla Model S sales continue to remain strong, as they are both sitting at 18% of the registered EVs in Canada as of September 30, 2016.”

That’s quite impressive considering that Tesla vehicles in Canada are now quite expensive thanks to the exchange rate. The Nissan LEAF has an MSRP of $32,698 CAD, equivalent to its US starting price, but the Model S now starts at $86,000 before incentives.

Nonetheless, Tesla is still selling as many Model S sedans as Nissan is selling LEAFs: 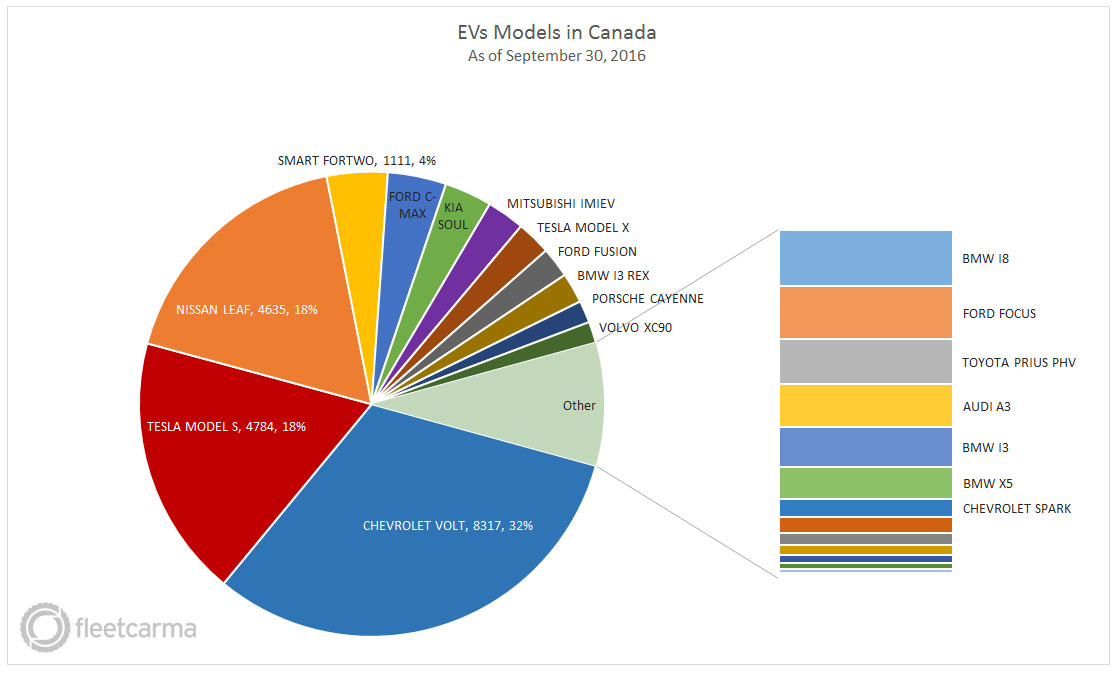 My home province of Quebec is still keeping its lead in EV adoption. Quebec is likely to keep its lead now that it is the first Canadian province to adopt a ZEV mandate. We should start to see more electric car models making it to the “belle province” over the next year and ahead of the start of the mandate.

You can access the full report from Fleetcarma here.