In a SEC filing released today, SolarCity released a presentation that Tesla put together for its institutional shareholders in order to sell them on the proposed merger between the two companies. In the presentation, we see what appears to be the first official image of the ‘Tesla Solar Roof’.

Update:  a source with knowledge of the matter now says that it isn’t representative of the final product.

The company included a picture with the mention that “SolarCity getting ready to produce highly differentiated integrated solar roof systems.”

The same slide is referencing the upcoming product launch on Friday.

Here’s the relevant part in the new presentation:

SolarCity also leaked the new panel back in August: Tesla/SolarCity: First look at new Silevo solar panel that Musk has been boasting about for its aesthetic features

The picture included in the new presentation and making a reference to the “integrated solar roof systems” appears similar to the previous glimpse of the solar panel, but SolarCity is really referencing the ‘solar roof’ where it included the picture.

The company is going to unveil two products: a solar panel and a “solar roof”. The solar roof is already confirmed to be unveiled at Friday’s event, but it’s not clear about the new panel.

Here’s the full slide in the presentation: 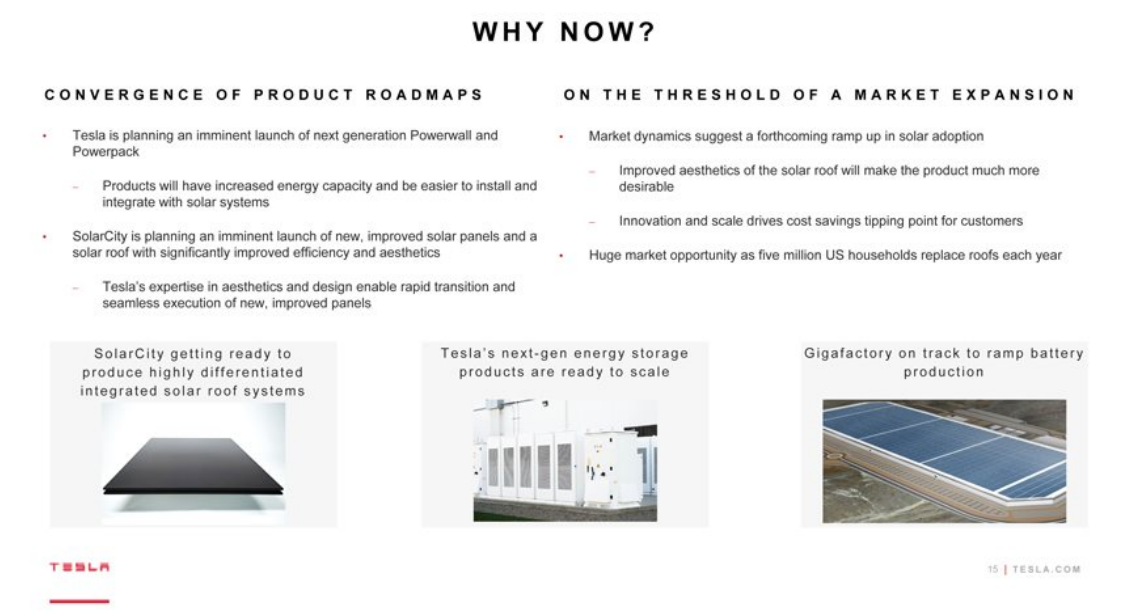 We asked both Tesla and SolarCity for more details and we will update if we get an answer.

Here’s the presentation in full:

If you want to install a solar array at your home or business, you can see if it makes sense for your property and if you can be saving money on your energy bill here.