The EPA estimates that the average gas-powered passenger vehicle emits about 411 grams of CO2 per mile. A fleet of all-electric vehicles driving 3 billion miles would save 1,3 million tons of CO2 emissions from being emitted at the tailpipe.

Of course, that’s at the tailpipe. It’s significantly less than that when you account for electricity generation, but as we recently reported, the grid is getting cleaner and therefore, the impact of all-electric vehicles will become more significant.

It reached the first billion in June 2015 or about 3 years after the Model S was on the road for the first time.

The second billion miles were reached just a few months ago in April 2016: 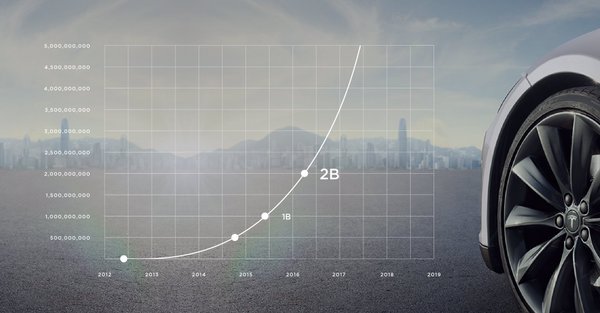 And now the company reached 3 billion miles yesterday according to the countdown on the ‘Electric Road Trip‘ page on its website.

It took only 6 months for the last billion miles.

How many electric miles have you contributed? How many do you plan to contribute when you get yours? Let us know in the comment section below?