A study from the University of Michigan Energy Institute (via Technology Review), which plotted the chart seen below, attribute the decline in emissions from electricity generation to the increase in renewable energy deployment and the shift away from coal toward cleaner-burning natural gas as a way to generate electricity: 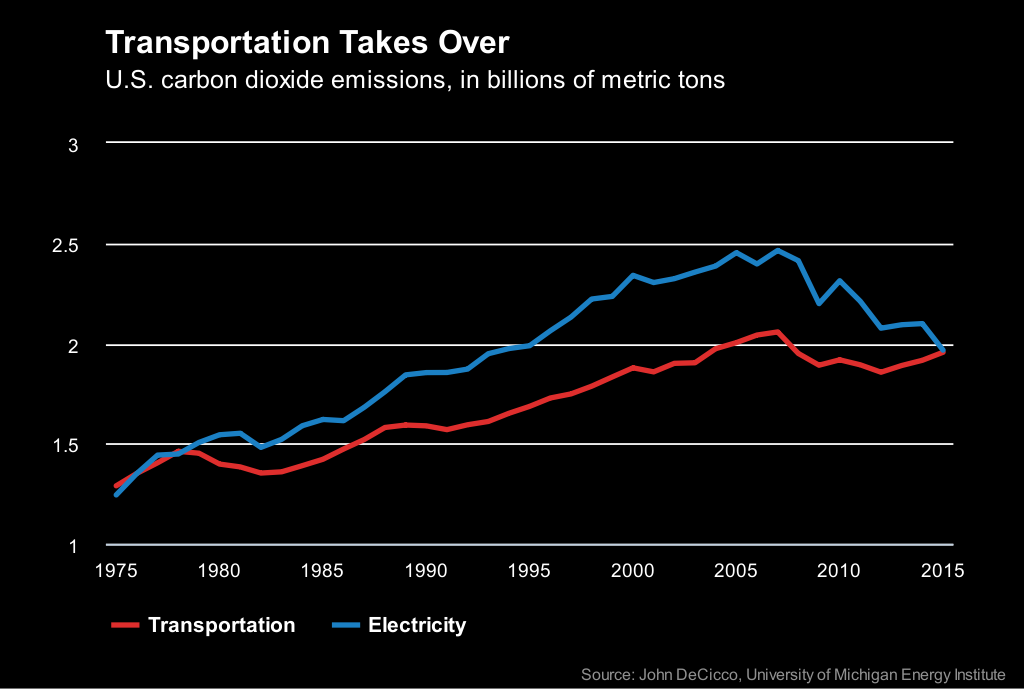 The study predicts that the emissions from the transportation sector will surpass those from electricity generation by the end of the year in the US.

Of course, the emissions from the transportation sector include everything from planes to trucks to passenger cars. Therefore, it may take some time before electric vehicles have a significant impact, but the fact that electricity generation is becoming cleaner is a good sign that the impact of EVs will be more significant.

The electric cars on the road today are being powered by electricity that on average creates significantly less emissions than just a few years ago. The trend is likely to continue with the cost of solar going down and deployment of capacity going up.

Ultimately, it means that vehicles with combustion engines that we replace by electric powertrains have a greater impact on emissions today than ever before.