A Tesla Model S with manufacturer plates was spotted near Tesla’s Palo Alto headquarters yesterday. The vehicle had additional sensors mounted on the roof which is spurring speculation.

The tipster who sent out the picture (reprinted with permission below) prefers to stay anonymous, but he wrote this about his sighting:

“I saw some interesting hardware on a manufacturer-plated Model S going down the freeway today near Tesla’s HQ. Looks like two Lidar pucks mounted to the top. Not sure of that – could be something else, but they appeared to be mounted in a horizontal position parallel to the ground. Next gen Autopilot on its way?”

It’s understandable why someone would think these are lidar sensors considering they are about the right size for Velodyne’s lidar puck:

But despite the size, it is more concerning that we don’t see the puck’s window for the laser. The sensors are mounted with tape covering the base and if there’s a window, it looks like it is partially covered. Lidar sensors are generally mounted on racks to provide elevated view, but they have been spotted in interesting positions on the Tesla Model S before.

Interestingly, a Tesla Model S with what clearly was a Lidar tower mounted on the roof has been spotted in Palo Alto going into Tesla’s parking lot just two months ago: 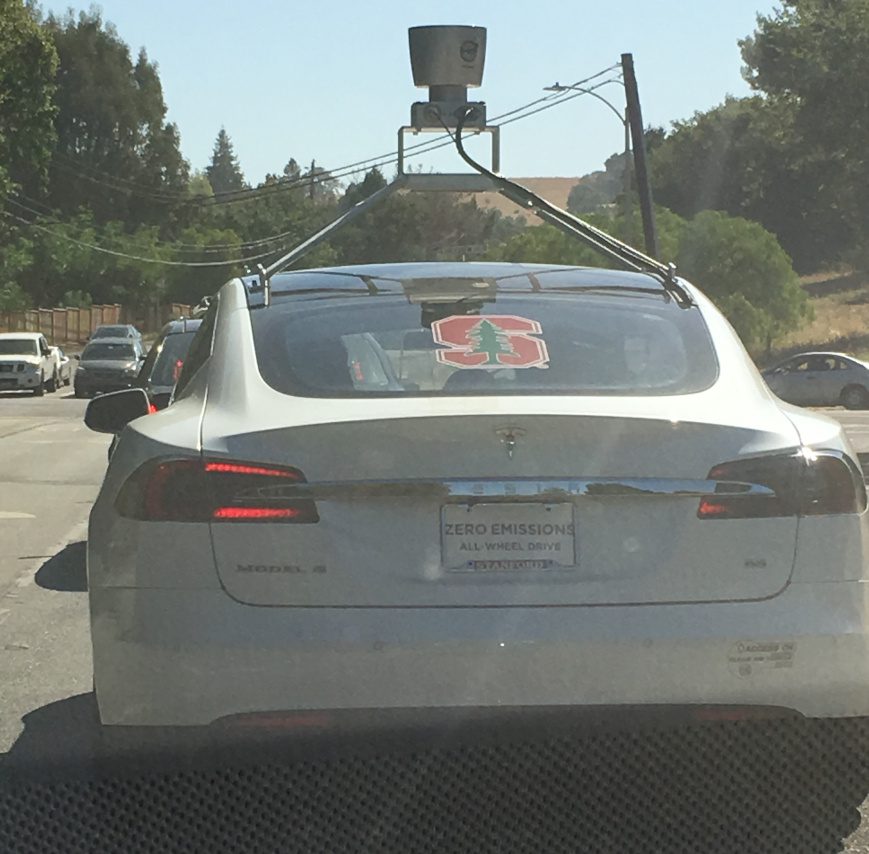 As we mentioned during the last sighting, even if Tesla is testing lidar sensors, it doesn’t mean the company plans to use them for its Autopilot program. The company could be benchmarking a lidar system against its hardware suite. CEO Elon Musk has been on record on several occasions saying that he prefers radar over lidar sensors.

What do you think? GPS? Lidar? Or something else? Let us know in the comment section below.