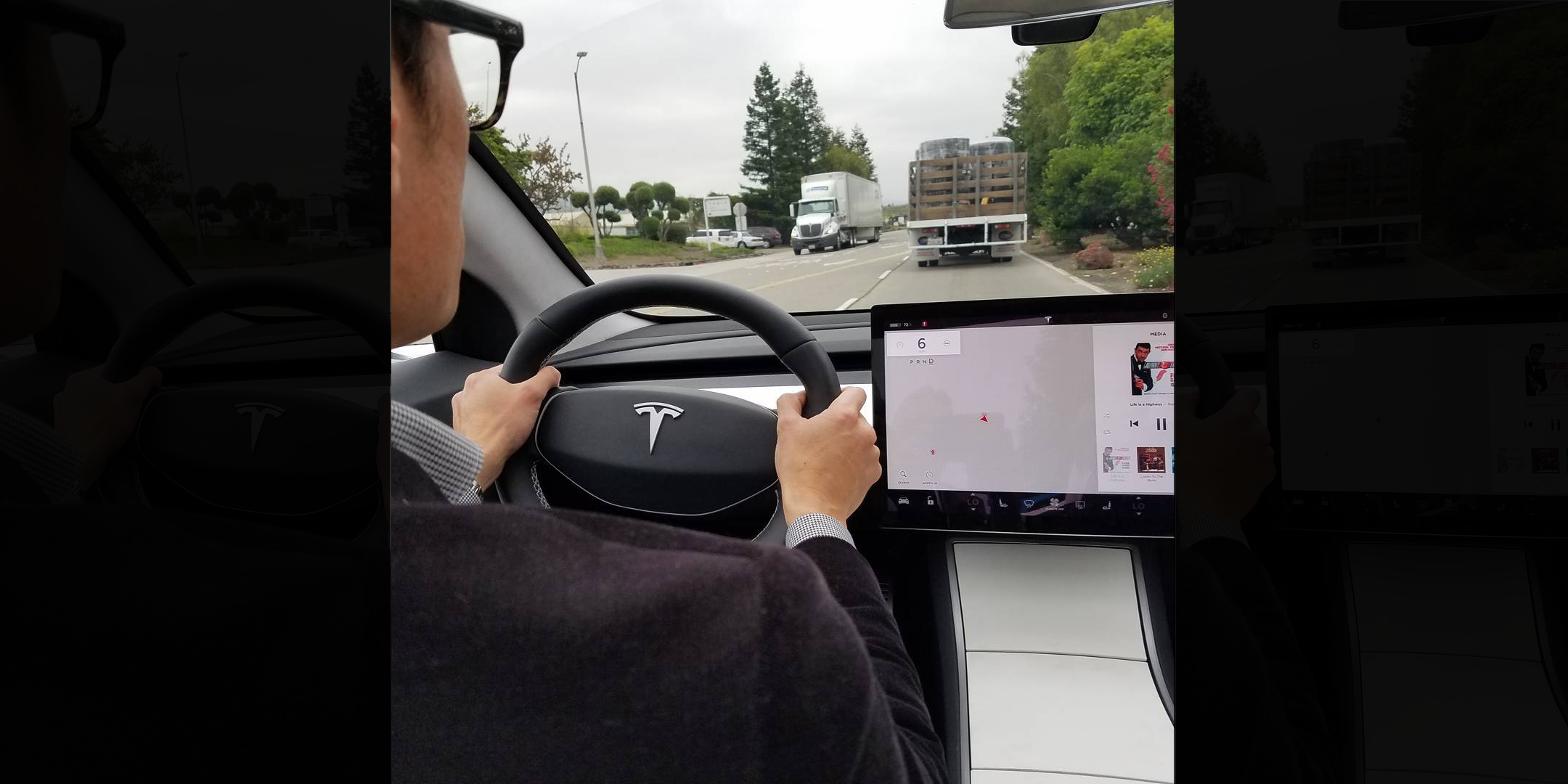 Tesla Model 3 prototype sightings have gone dark for almost 2 months now and none have emerged since the official ‘pencil down’ on the design last month… until now. The last sighting was of the black matte prototype being displayed at Tesla’s Palo Alto headquarters in July.

Now a rare new picture inside of a working Tesla Model 3 prototype emerged.

In the past, Model 3 prototypes have often been spotted at and around Tesla’s Fremont factory. We are told Tesla has been performing tests on the plant’s exterior track.

It’s not surprising that the most recent sightings have been at the factory.

The picture of the interior seen above and below has been taken by Richard Hennessy at the Fremont factory over the weekend. It features the interior of what appears to be the Silver prototype first revealed at the unveiling in March.

At first glance, it doesn’t look like anything is different from the last sightings, but let us know in the comment section below if you can spot anything: 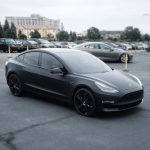 It’s particularly interesting to see a picture of the interior of the vehicle in broad daylight – something fairly rare. The angle gives a good look at the visibility inside the vehicle for anyone who didn’t have the chance to try it at the unveiling, which is the vast majority of the ~400,000 reservation holders.

As we recently discussed in our piece: ‘Tesla Model 3: What will the spaceship-like steering wheel of the Model 3 look like?‘, the interior of the Model 3 is expected to change significantly in the production version of the vehicle – though we are told that the center display is here to stay.

The second picture is of the matte black Model 3 prototype also taken at Fremont factory over the weekend. This time by Steven Dang.

It looks like the silver and matte black prototypes remain the only working prototypes spotted so far. Earlier this month, we reported that Tesla has been ordering enough Model 3 parts over the past two months to build a fleet of around 300 prototypes. Of course, some of the parts will be used for process validation outside of prototypes, so it could still be a while before we see any new prototypes in the wild.

Tesla is currently moving forward with a $1.3 billion expansion of its Fremont Factory for the Model 3 assembly line. After its earnings earlier this month, the company confirmed that “some Model 3 production equipment is already on line, including initial capacity in stamping and paint centers”.