Tesla Model 3: Production equipment is already “on line” at the Fremont Factory

In its shareholders letter released today for the second quarter 2016, Tesla confirmed that “some Model 3 production equipment is already on line, including initial capacity in stamping and paint centers”. The company also plans the start construction for a “new Model 3 body and general assembly centers” by the end of the year.

The news follows our report from earlier this week that Tesla is ordering enough parts for a fleet of ~300 Model 3 prototypes – though it doesn’t necessarily mean that the company will build that many prototypes.

The new manufacturing capacity of the paint shop has been long in the making. Tesla started building the new shop last year and was already aiming for a capacity of 500,000 vehicles per year, which will leave the asset somewhat underutilized until 2018.

The new shop features two separate and fully automated painting lines: one is for full car bodies, and the other for components such as bumpers and rear-view mirrors.

Tesla contracted Eisenmann to build the shop. The company described its plans after winning the contract:

“The Böblingen-based engineering company’s highly flexible E-Shuttle 300 conveyor system will be deployed in the pre-treatment and electrocoating lines for the Model S and Model X, and at a later stage for Tesla’s third-generation car. Moreover, two Eisenmann solutions will be deployed to remove paint overspray. The exceptionally efficient E-Scrub v.2 will be installed in the car body painting line. This high-end paint removal system requires only very low air differential pressure, needs little maintenance, and is less susceptible to soiling than other technologies.” 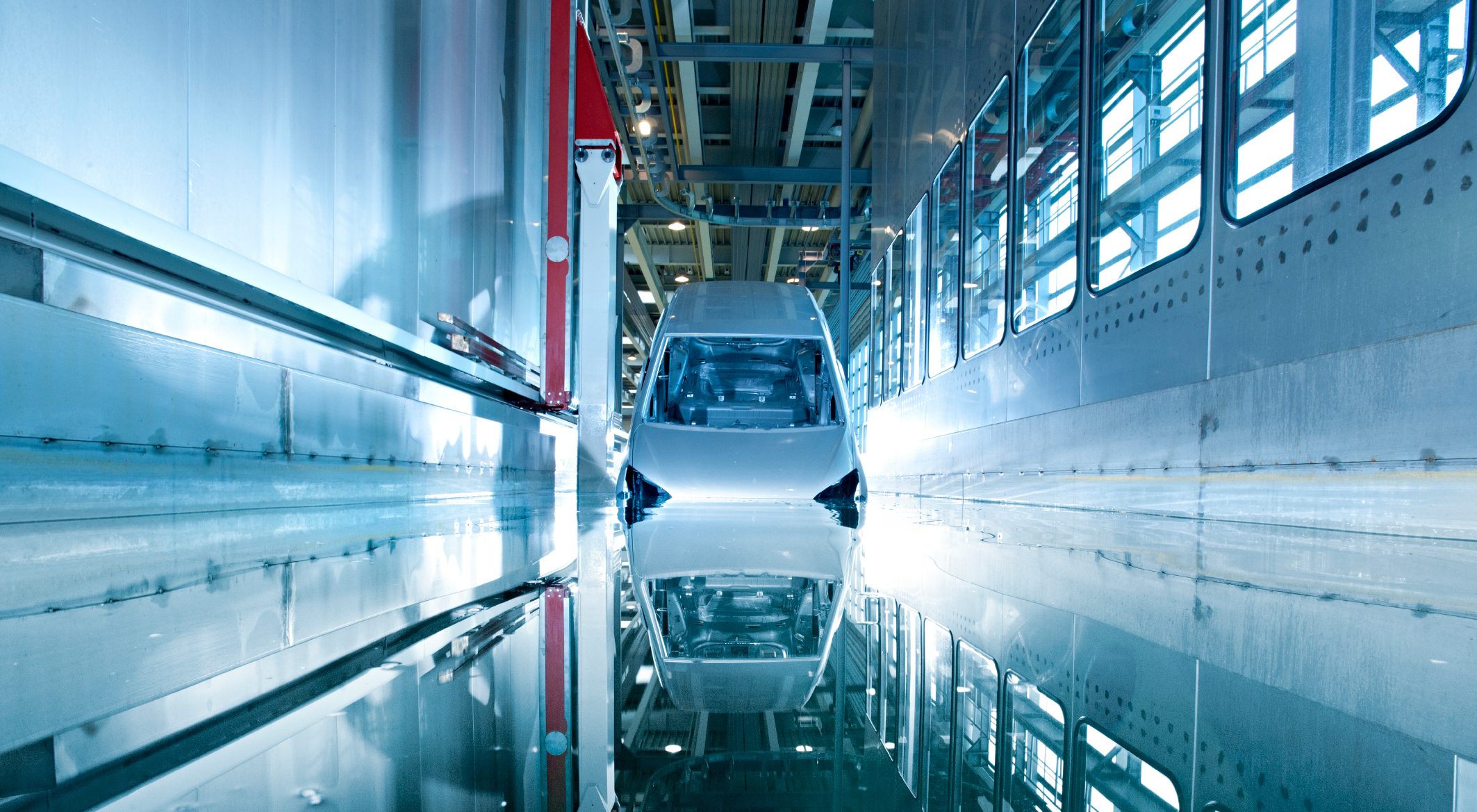 Tesla has also been ramping up capacity in stamping and now confirmed that the capacity of the work unit is able to handle some of the Model 3 manufacturing needs.

Back in 2012, Tesla said that it owned the largest aluminum stamping press line in North America and is capable of producing one part every six seconds:

In a filing earlier this year,  Tesla said that it was working on a $1.3 billion expansion of its Fremont Factory for the Model 3 assembly line. In its shareholders letter today, the company expects to invest about $2.25 billion in capital expenditures in 2016 alone, in order to support its new accelerated production plan for Model 3.

Tesla announced plans to start volume production of the Model 3 in the summer 2017 and to increase its overall production to 500,000 vehicles in 2018. Elon Musk confirmed that Tesla is currently producing cars at just over 2,000 units per week – or an annual rate of ~104,000 units.