Tesla introduced a new feature on its ‘Online Design Studio’ today. When choosing the options on a new Tesla Model S or Model X, the automaker will suggest inventory vehicles with similar specifications currently available.

The change was first spotted by Tesla subreddit member 110110, a frequent contributor in the Tesla community on Reddit.

As you can see on the picture above (or another version in full below), the system gives the percentage of the features matching your custom vehicle with an inventory car.

The idea is obviously to try to sell inventory cars, which are generally loaners or display units, but it’s also a way to convince potential buyers by offering an option for a quicker delivery.

As you can see in the example below, by ordering the new custom Model S, you get a delivery in “late September”, but Tesla suggests a new inventory at 90% match with a delivery in “14 days”: 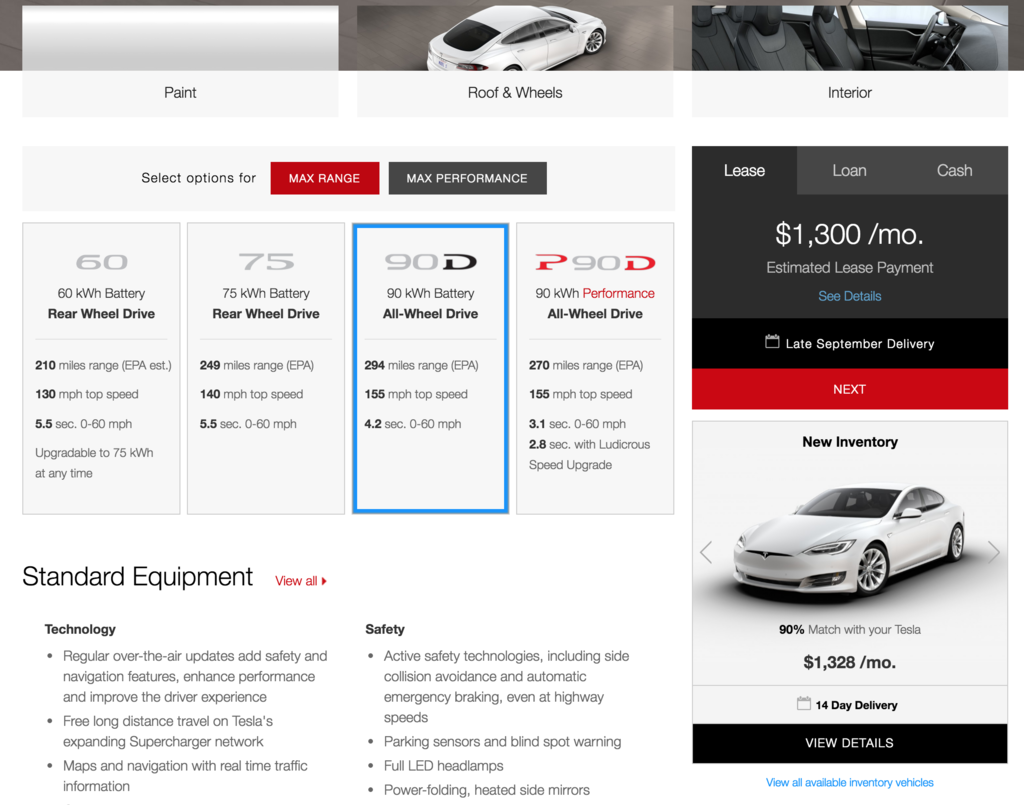 The move comes just a week after Tesla started listing ‘new Model X inventory’ for sale with over 150 vehicles available.

Now the same feature is available when custom designing a Model X to order: 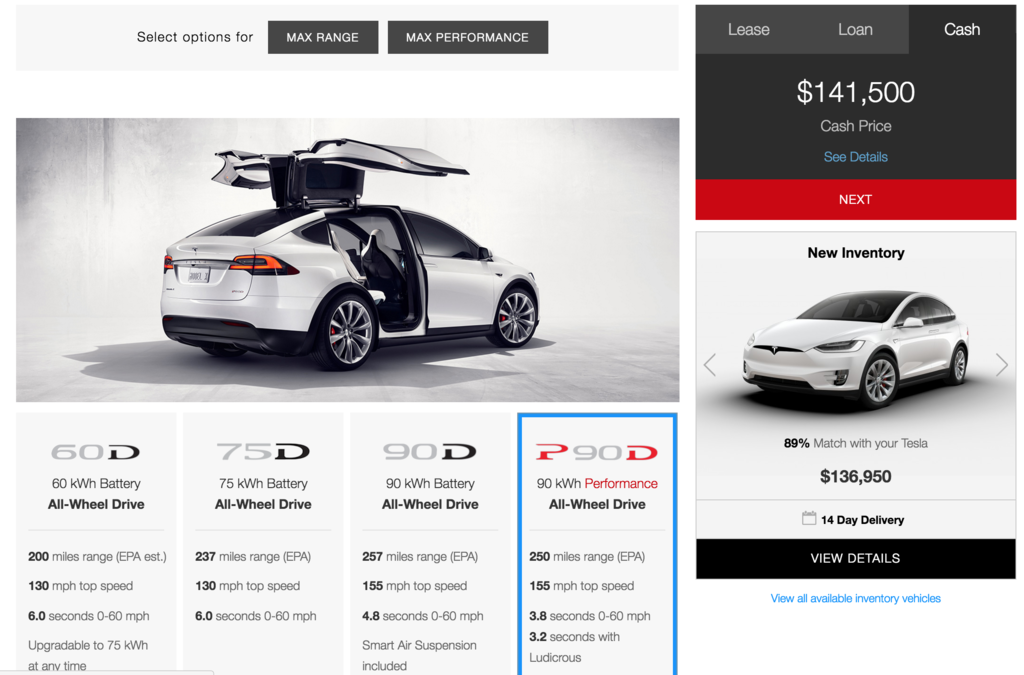 You can go to Tesla’s Online Design Studio to try the new feature for yourself and see if Tesla suggests you similar inventory vehicles.